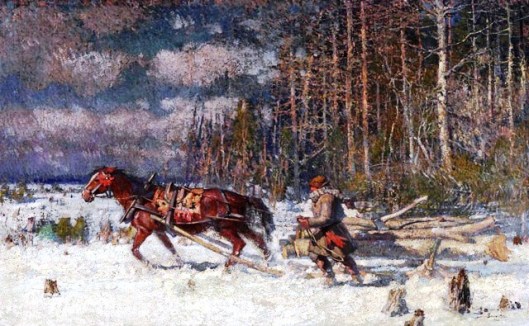 There are happy and unexpected moments.  For instance, a few days ago, I went in search of information on my grandfather’s family.  He was a Bourbeau and he is my mother’s father. I have used his name when publishing scholarly articles:  Bourbeau-Walker.

The Bourbeaus came to New France in the seventeenth century. They were Huguenots, or French Protestants. Two brothers came to New France: Pierre and Simon. They had survived the Siege of La Rochelle (1627-1628), by Richelieu and Louis XIII. The protestants had chosen La Rochelle as their refuge even though the Edict of Nantes (1598) protected them, at least officially, from persecution in other locations.

However, it is at that point in the history of France that absolute monarchy was consolidated. After King Henri IV was assassinated, in 1610, although still in effect, the Edict of Nantes, which stipulated tolerance of Huguenots, was not always respected. Henri IV, who had converted to Catholicism, had been a Huguenot, which is why he was assassinated. His son, Louis XIII, was too young to be crowned, so a regent was chosen: Richelieu. Richelieu became the chief architect of absolute monarchy in France. It was his belief that the King’s subjects should all speak French and be Catholics: one King, one language, one religion.

During the Siege of La Rochelle, some 22,000 protestants were starved to death, but two Bourbeau brothers were among the 5,000 who survived and the two later moved to New France. In 1685, when the Edict of Nantes was revoked by Louis XIV, the Bourbeaus and other French protestants living in New France moved south, to the English colonies. But a few stayed in Canada.

As I was searching Bourbeau entries, I saw a picture of the Bourbeau farm and realized that it was located in the area of Quebec where my grandmother had grown up.  This picture, an oil painting, is the work of Marc-Aurèle de Foy Suzor-Coté (1869-1937), now famous.  I knew that my grandmother had been an artist’s assistant, so I was able to determine for certain, first, that the artist was Suzor-Côté and, second, that in all likelihood she met her husband, a Bourbeau, because the Bourbeaus were close friends of Suzor-Coté.  There are several Bourbeau paintings by Suzor-Côté.

Research is an extremely interesting endeavour because of surprises and coincidences. I will now attempt to incorporate a least one of Suzor-Coté’s paintings in this blog.