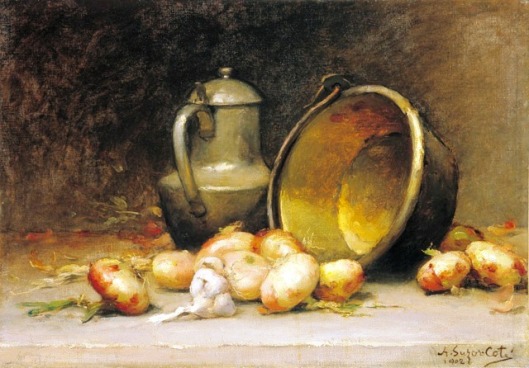 Many posts ago, I featured an artist by the name of Marc-Aurèle de Foy Suzor-Coté (April 6, 1869 – January 29, 1937).  Suzor-Coté was a friend of my grandfather’s family in Arthabaska, now Victoriaville, Quebec. I posted a painting of Suzor-Coté’s Pont Bourbeau,  showing a bridge on my grandfather’s family farm. I may also have shown the Rivière Bourbeau. In short, the Bourbeaus were friends of Suzor-Coté and, in all likelihood, my grandfather met my grandmother at the home of Suzor-Coté. My grandmother was an artist who worked as an assistant to a well-known artist. The artist had to be Suzor-Coté. Moreover, she treasured a certain painting she had placed above a large couch.

Many posts ago, I also wrote about French-Canadians in the United States, and that post was read by a WordPress author Jon Verville. The Vervilles and the Bourbeaus are relatives. Verville is a Bourbeau name. Jon is a descendant of Élie Bourbeau who is also my ancestor. I thought Pierre and Simon were the only Bourbeaus to come to North-America, but my sister tells me there was a third Bourbeau named Élie.

So one of the benefits of blogging is that one may meet a fine relative. 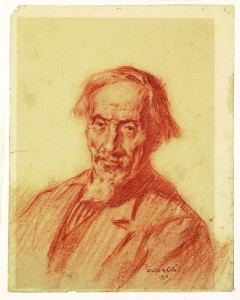 The Bourbeaus were Huguenots, French Calvinist protestants. On 13 April 1598, during the reign of Henri IV, king of France and Navarre, an edict of tolerance was promulgated: the Edict of Nantes. Under the terms of the Edict of Nantes, certain cities became a safe haven for Huguenots. However, the Siege of La Rochelle (1627-1628) proved that tolerance could not last. After the assassination of Henri IV (13 December 1553 – 14 May 1610), a former Huguenot, France was ruled by Cardinal Richelieu, the main architect of absolute monarchy. It was the Cardinal’s conviction that the French were to have one religion, one language, and one king. Given such a programme, the Huguenots had to be eliminated.

The Siege of La Rochelle was indeed a ruthless resurgence of hostility towards Huguenots. It was led by a pitiless Richelieu and lasted one year. At La Rochelle, approximately twenty thousand Huguenots died of starvation, but some five thousand survived, including at least one Bourbeau. He fled to the Anglo-Norman Islands and then left for New France. Many Huguenots had sought refuge in Nouvelle-France where several were merchants rather than farmers. Most Bourbeaus of Nouvelle-France left for the United States when the Edict of Nantes was revoked, in 1685.

As mentioned at the beginning of this post, the Bourbeau family of Arthabaska were friends of artist Suzor-Coté who made at least two paintings of land owned by the Bourbeaus: the “River Bourbeau” (La Rivière Bourbeau) and the “Bourbeau Bridge under the Snow” (Le Pont Bourbeau sous la neige). We also owe Suzor-Coté a magnificent drawing of Le Père Verville, in sanguine.

I am therefore posting a few artworks by Suzor-Coté, including Le Père Verville and the above-mentioned Bourbeau paintings, to celebrate an extraordinary coincidence: meeting a relative blogging. 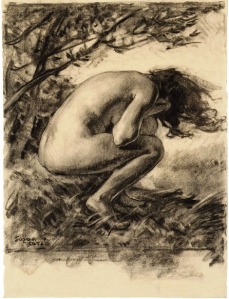 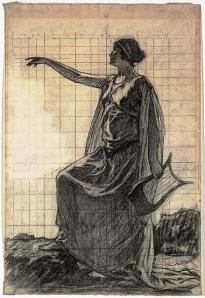 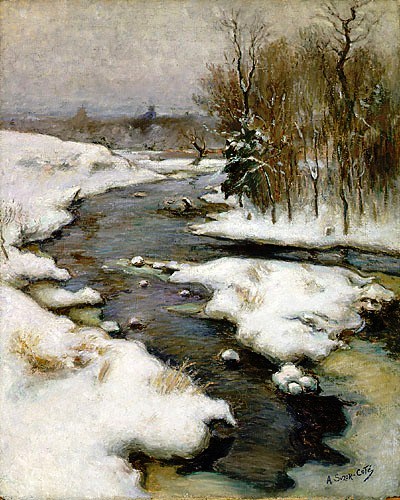 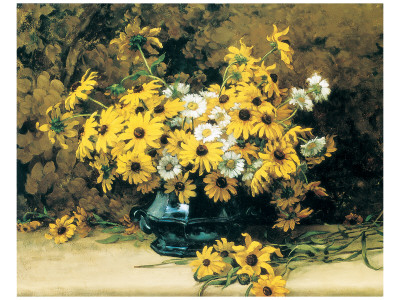