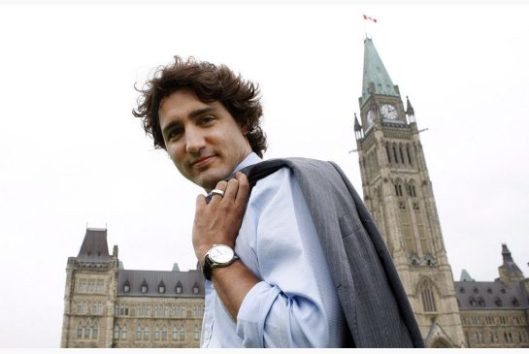 Whether or not Justin Trudeau is elected Prime Minister of Canada, he has turned a page in the history of Canada. Throughout his campaign, Trudeau has focused on one issue: prosperity for Canadians, which is the real issue at the moment.

The Globe and Mail, Canada’s leading English language newspaper, reports that, if the Liberals are elected into office under the leadership of Justin Trudeau, Canada’s government will be more “interventionist” than prior governments. This is what circumstances are calling for.

Trudeau’s Liberals have identified the main issue. Too many children live in poverty, which is unacceptable. As a responsible leader, Trudeau will address this problem immediately. The cost of living is so high that it is taking away from the children of the nation nutritious food, a good roof, the means to purchase sport equipment, musical instruments, art supplies, and the funds to receive a proper education or job training. The cost of living should not be so high that a society finds itself compelled to take away from children the joy of childhood, a degree of that marvelous insouciance a child requires.

Liberal Party Leader Justin Trudeau has the figures for each city in Canada. He knows the number of children whose well-being is threatened at this very moment and he will help families now. If the government of Canada does not reach out to the people promptly, Canada will lose a generation.

Justin Trudeau has travelled the country and sent a clear message, a message so clear that Canadian political leaders have heard. One does not wait until the poor storm the barricades to reach out to those in need. One acts and one acts now.

Trudeau and other political leaders know that Canada has an enormous potential for growth. Therefore we plan and then we pounce. There is immense wealth in Canada.

I’ve just looked out my window. Snow is falling very gently, which brings to mind Voltaire‘s famous statement. New France was “a few acres of snow.” As I have written in a previous post, if one knows that Voltaire spoke “obliquely” in order to avoid being thrown in the Bastille, his statement could be an indictment of Louis XV. In other words, that statement could read that France was neglecting New France as though it were a mere “few acres of snow.”

At any rate, there is wealth beneath that snow, including oil. In fact, there could be diamonds. Quebec Premier Dr. Philippe Couillard is having a road built leading to the bountiful north. We must be realistic and not bank on what could be an insufficient quantity of diamonds, but let us look back at Canada’s legendary tireless voyageurs, who sang as they rowed.

There are other sources of wealth. For instance, we could build rapid-transit systems. Canada is a large country, but we have groups of cities and some cities extend over a large territory. Building a train ensured that Canada went from east to west, from the Atlantic Ocean to the Pacific Ocean. Why not make it possible for students to go from Maple Ridge, British Columbia to the main campus, the very heart, of the University of British Columbia?

I cannot say this often enough. Human beings build the road to the future. It doesn’t just happen. 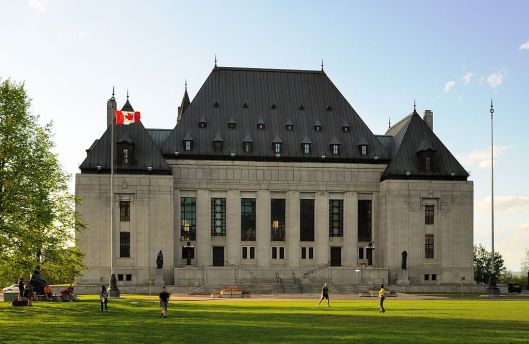 There was a particularly interesting moment in the campaign. Mr Mulcair introduced the subject of Canadian unity. Quebec has a secessionist party and the results of the last referendum, held in 1995, showed that Quebec was divided in two almost equal halves: 50.58% to 49.42%. (See Clarity Act, Wikipedia.)

That also sent a strong message, so strong that Ottawa had to be interventionist. It passed the Clarity Act of 15 March 2000. One vote cannot divide this country. If one vote could break this country, federalism would be brittle.

I missed some of that debate to a cluster migraine, but Mr Mulcair wanted a number, Mr Trudeau’s number. Mr Trudeau stopped and then stated unambiguously that his number was 9. Nine judges of the Supreme Court of Canada, i.e. all judges, ruled that one vote cannot divide this country.

United States President Bill Clinton was in attendance at the meeting that preceded the enactment of Bill C-20 (the Clarity Act), the Reference Re Secession of Quebec (Wikipedia). President Clinton stated the following (fourth line, “when…”):

But the Clarity Act would get a big boost during the closing speech by United States President Bill Clinton. While looking directly at Quebec Premier Lucien Bouchard, who was present in the audience, Clinton appeared to echo the Supreme Court Reference, warning that “when a people thinks it should be independent in order to have a meaningful political existence, serious questions should be asked…. Are minority rights as well as majority rights respected? How are we going to co-operate with our neighbours?”. Clinton argued that federalism allows peoples seeking recognition of their identity a way to do so without isolating themselves in a nation-state. The speech would lay to rest any doubts about the U.S. position on the legality and desirability of unilateral secession in Quebec.
(See Clarity Act, Wikipedia)

Which takes us back to Mr. Trudeau’s platform. His priority is the economic well-being of Canadians, from coast to coast including Nunavut and the territories. (See Voter Information, Wikipedia.)

With my kindest regards. ♥