In my last post, I noted that voyageurs and Amerindians worked for explorers. When beavers were nearing extinction fur traders became explorers in the hope of finding precious pelts west of a formidable obstacle: the Rocky Mountains.

The first European to cross the continent

[a]ccompanied by two native guides (one named Cancre), his cousin, Alexander MacKay, six Canadian voyageurs (Joseph Landry, Charles Ducette, François Beaulieu, Baptiste Bisson, François Courtois, Jacques Beauchamp) and a dog simply referred to as “our dog”, Mackenzie left Fort Chipewyan, in Northern Saskatchewan, on 10 October 1792, and traveled via the Pine River to the Peace River. From there he traveled to a fork on the Peace River arriving 1 November where he and his cohorts built a fortification that they resided in over the winter. This later became known as Fort Fork.

Had so shrewd an investor as John Jacob Astor (1763-1848) not suspected that there were pelts to harvest on the West Coast of the current United States, he would not have established the Pacific Fur Company (1810-1813), a subsidiary of the American Fur Company (1808). Nor would he have asked Gabriel Franchère (1786-1863) to recruit voyageurs in Quebec and to take them aboard the Tonquin around Cape Horn and past the Columbia Bar, called the “Graveyard of the Pacific.” Eight men died. The Tonquin left New York on 8 September 1810. It arrived at the mouth of the Columbia River on 22 March 1811. Aboard were Alexander MacKay and Alexander Ross. However, Fort Astoria would not survive because the United States was losing the War of 1812. John Jacob Astor sold the Pacific Fur Company to the North West Company and Fort Astoria was renamed Fort George. I have told the story of the Tonquin in earlier posts (see RELATED ARTICLES). Moreover, we have a page containing a list of posts on the voyageurs.

One may therefore suggest that it was in the best interest of the North West Company to ask Alexander Mackenzie to find a passage to the Pacific Ocean. However, Alexander MacKay had accompanied his cousin on his expedition west of the Rocky Mountains. After the demise of Fort Astoria, MacKay sailed north on the Tonquin and died (15 June 1811) when the ship was attacked by chief Wickaninnish and then blown apart by James Lewis, a clerk who was seriously wounded and could not escape.

Alexander Mackenzie was the first European to cross the continent north of Mexico, but, as we have seen, he was not alone. Moreover, in 1808, Simon Fraser would also reach the Pacific Ocean, or nearly so. Simon Fraser’s task, however, was to settle forts past the Rocky Mountains. He was a settler. Both Alexander Mackenzie and Simon Fraser were Nor’Westers. The Hudson’s Bay Company played a lesser role in promoting the fur trade west of the Rockies.

The Oregon Country, however, was a disputed area. The British felt entitled to the territory down to the 42nd parallel. As for the United States, it claimed all territory extending north to the 54th parallel. The Oregon Treaty of 1846 settled matters. In other words, in New Caledonia, the future British Columbia, the border was defined several years after the War of 1812.

Rivers (fleuves) flow into the sea. So, west coast rivers flow into the Pacific Ocean. However, the Fraser River, is unnavigable. Simon Fraser and his crew canoed through turbulent and, all too often, narrow passages between mountain ranges. Portages were necessaries, but explorers and their crew had to walk down the side of mostly perpendicular cliffs. Simon Fraser knew about the rapids and also knew about the cliffs of the Fraser River. As well, hostile Amerindians lived along the Fraser River. Yet, on 28 May 1808, twenty-four men in four canoes left Fort George, settled by Simon Fraser. Simon Fraser lost one canoe and would have lost a man, had it not been for an agile native, Métis, or voyageur.

Alexander Mackenzie was the first to reach the Pacific Ocean by land. However, Simon Fraser (1764-1862), who canoed down the turbulent Fraser River in 1808, is not the lesser hero. On the contrary, he was the first to “establish permanent settlements in the area” (see Simon Fraser, Wikipedia). He secured Britain/Canada’s claim to territory north of the 49th parallel. Moreover, he provided proof that fur could be harvested west of the Rocky Mountains. Fraser sent a winter’s harvest of fur to Dunvegan (Alberta).

Just before leaving Rocky Mountain Portage, Fraser sent the winter’s harvest of furs to Dunvegan (Alta). It included 14 packs from Trout Lake – the first furs traded west of the mountains. Fraser was delighted with their quality. “The furs are really fine,” he noted in his journal. ” They were chiefly killed in the proper season and many of them are superior to any I have seen in Athabasca…

Scots were everywhere in the fur trade. But explorers did not acquire wealth. However, what is most significant is the blend of individuals who worked peacefully finding a passage by land to the Pacific Ocean. Moreover, they worked in teams and teams included Amerindians, Métis, and voyageurs. François Beaulieu II, a Métis and a Yellowknife chief. He was a guide to Alexander Mackenzie and, as we have seen, Alexander Mackenzie was accompanied by his cousin Alexander MacKay when he crossed the North American continent. When John Neilson had a conversation with Alexis de Tocqueville, he was mostly right. A blend of the two “races,” French-speaking and English-speaking Canadians, was possible. We have a bad Anglais in Jonathan Thorn, the Tonquin’s captain. He mistreated aboriginals who then killed nearly all the men aboard the Tonquin.

The Scots who came to Canada had fallen to England at the Battle of Culloden, in 1746. So had the French, in 1763, a mere 17 years later. Travel accounts, including L. R. Masson’s Bourgeois de la Compagnie du Nord-Ouest (Volume II), an Internet Archive publication, name partners who are Scots, but have French and Amerindian friends, or interact with the French and the Amerindians. These are good years, if not a mythical past. Quebec’s music has Celtic roots and its literature features un bon Anglais who is a Scot. He is Les Anciens Canadiens‘s Archibald Cameron of Locheill, a Scot. Jules d’Haberville, a seigneur‘s son, befriends Arché, a Scot and a Catholic. 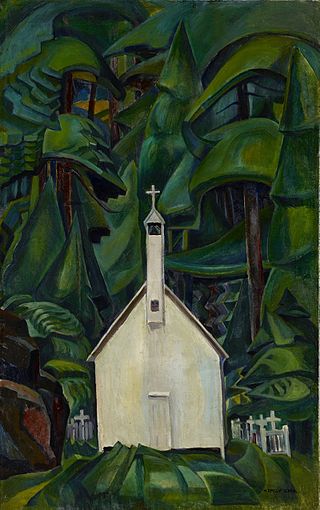 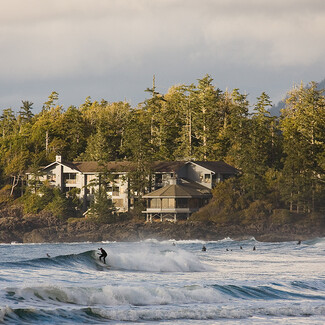 We are now at the mouth of the Columbia River, aboard the Tonquin, when the War of 1812 broke out, ending John Jacob Astor‘s dream of a monopoly on the fur trade in North America.  John Jacob Astor (17 July 1763 – 29 March 1848), had just founded the Pacific Fur Company (PFC). The demise of the Tonquin, a bark, at the Clayoquot Sound, was a factor in the collapse of the Pacific Fur Company. Chief Wickaninnish and members of his tribe, murdered most of the Tonquin’s crew.

I am reading online publications of Gabriel Franchère‘s narrative of the journey that took him from New York to short-lived Fort Astoria, as well as my own copies of such works as Alexander Ross’s account of his adventures in the Oregon country.

Gabriel Franchère, a clerk, was one of John Jacob Astor’s most trusted employees who, as it turns out, would become an author. Franchère wrote a detailed Relation, a narrative, of the trip that took him and all men aboard the Tonquin, from partners in the Company to the lowliest employees, from New York to Fort Astoria, around Cape Horn.

In Franchère’s Narrative, translated and edited by J. V. Huntington, Aboriginals are often referred to as “barbarians” and “savages,” but Franchère observed that it was best to treat them as equals and thereby avoid hostility. I don’t know what led Chief Wickaninnish to murder most of the crew of the Tonquin.

Coincidentally, my husband and I spent our honeymoon at Wickaninnish Inn, on the west coast of Vancouver Island, in the area where the Tonquin was destroyed. The food was extraordinary and we were in the company of celebrities who flew to the Inn regularly to “get away from it all.” At the time, there was no road to Wickaninnish Inn. We had Long Beach all to ourselves. Emily Carr had lived in that area. So we visited and worshipped.

When we returned to Vancouver, I took a course on textile and was taught the Haida people‘s techniques for spinning, dyeing, and weaving wool. I still have wool I spun decades ago, but I gave my artwork. I believe it was destroyed, which could be what it deserved.

The years I spent on the west coast were my happiest.

I am  inserting a brief video on Emily Carr (The Canadian Encyclopedia). Simply click on the link below and use the arrows to see the video:

I am also inserting, once again, Canada’s National Film Board‘s documentary on Paul Kane. It is a 1972 production by Gerard Budner (1972: 14 min 28 s.). It cannot be embedded, but one is a mere click away, below: