I reread chapters of my thesis on Molière‘s (1622 – 1673), a study of the pharmakós in six of Molière‘ comedies, and my article on L’École des femmes.[1] The article is fine. As for my thesis, its chapter on Le Misanthrope requires a few quotations and should be linked to “Le Misanthrope, ou la comédie éclatée,”[2] a paper I read at an international conference on the Age of Theatre in France. It was held at the University of Toronto, on 14-16 May 1987.

Following are a few comments on the plot of comedies and farces, on jealousy and the dénouement.

All’s well that ends well is a play by Shakespeare (baptised 26 April 1564 – 23 April 1616),  which describes comedy in general. The French use the following formula: Le blondin berne le barbon, or The Young Man fools the Old Man. However, there are times when Molière blends the two formulas. One could say that the School for Wives‘ Arnolphe is “hoisted with his own petard” (Shakespeare’s Hamlet) or that he is le trompeur trompé (the deceiver deceived). He raises his future wife, but she marries a young man.

By keeping Agnès inside his house, Arnoldphe believes he is raising a wife who will not be unfaithful. When Arnolphe learns Agnès loves Horace, he does not speak like a lover. He speaks like an accountant. He brought her up, so she owes him. The matter of her debt is discussed. Arnolphe, the blocking character or alazṓn, senex iratus, Miles gloriosus, etc. alienates Agnès. After meeting Horace, she tells Arnolphe that the young man she loves knows how say what pleases her, which is not the case with Arnolphe, the embodiment of jealousy. The School for Wives was first performed at the Palais Royal theatre on 26 December 1662. Comedies promote marriage and pleasure.

Front page of L’École des femmes—engraving from the 1719 edition (Wiki2.org.)

[You did. But, to be frank with you, he is more to my taste for a husband than you. With you, marriage is a trouble and a pain, and your descriptions give a terrible picture of it; but there−he makes it seem so full of joy that I long to marry.]
(Agnès to Arnolphe, V.5, p. 26)

ARNOLPHE
But you ought to have driven away that amorous desire.
(Arnolphe to Agnès, V.5, p. 26)

[Of a truth then he knows more about it than you; for he had no difficulty in making himself loved.]
(Agnès to Arnolphe, V.5, p. 26)

Le Misanthrope’s Alceste is also jealous. Yet Célimène tells him that she loves him:

[But, madam,
What have I more than all of them, I pray you?
—I, whom you blame for too much jealousy!]
(Alceste to Célimène, II.1)

Célimène is ready to marry Alceste, but he refuses…  He hates what he loves. (5, scène dernière) (V .7)

The role Philinte plays has often been described as that of the raisonneur. When I studied Molière as an undergraduate, Philinte was the raisonneur. More recent scholarship opposes the alazṓn to the eirôn (as in ironic) in a form of contest called agôn (as in protagonist, antagonist, and agony). Normally, the alazṓn is defeated, but not necessarily ousted. In The Misanthrope (1665), no one is ousted, but all characters leave the stage. I am reading Gabriel Conesa’s Le Dialogue moliéresque, seeking information on the dialogue between Philinte and Alceste (1.i), in Le Misanthrope.[3]

We have a raisonneur[4] in The Misanthrope: Philinte. When Alceste reveals that civility does not allow him to know whether what praise he hears is mere flattery the truth, a mask falls. He is vain and not a raisonneur. The dialogue between Alceste and Philinte allows us to know the real Alceste (I.i.). As for his dialogue with Célimène, (II.1) it reveals insecurity, inquiétude. As we have seen in Portraits of the Misanthrope, Philinte’s flegme (his calmness) allows him to enjoy the world, however flawed. He is the eirôn, but also, a raisonneur. Alceste, as lover, is conflicted. The agôn, the contest opposing the alazṓn and the eirôn, takes place within him. How can there be a dénouement?

The plot of this comedy is circular. I have therefore suggested that although there is a dramatis personæ, comedic functions have been fused, blurring distribution: blocking character, alazṓn, senex iratus (crazy old man) the young lovers and the eirôn (Philinte as raisonneur). This would suggest the total absence in Molière’s Misanthrope of tragedy’s catharsis. No one can be removed.

However, Molière’s Tartuffe (1664-1669), features a pharmakós (as in pharmacy). Tartuffe, the hypocrite, is led to prison by an officer: l’Exempt. (Tartuffe.pdf) He is saved by “un Prince ennemi de la fraude.” (V, Scène dernière), (“Our prince is not a friend to double-dealing[.]” Tartuffe). Yet, Tartuffe was empowered by Orgon who was empowered by Tartuffe.[6] Orgon adopts Tartuffe so he, Orgon, can be a family tyrant with impunity or sin without sinning (casuistry).[7] The dénouement is not a genuine cleansing. Therefore, Tartuffe is a pharmakós, a scapegoat.

Comedies where the young lovers fool the blocking character and marry suggest a healthier society, the society of the play. Famous examples are The Would-be Genleman, Le Bourgeois gentilhomme (1670), and Le Malade imaginaire (1673), The Imaginary Invalid. These are classified as comédies-ballets. The music for The Imaginary Invalid was composed by Marc-Antoine Charpentier.

However, let us return to Tartuffe where “all’s well that ends well.”  Mariane will marry Valère. 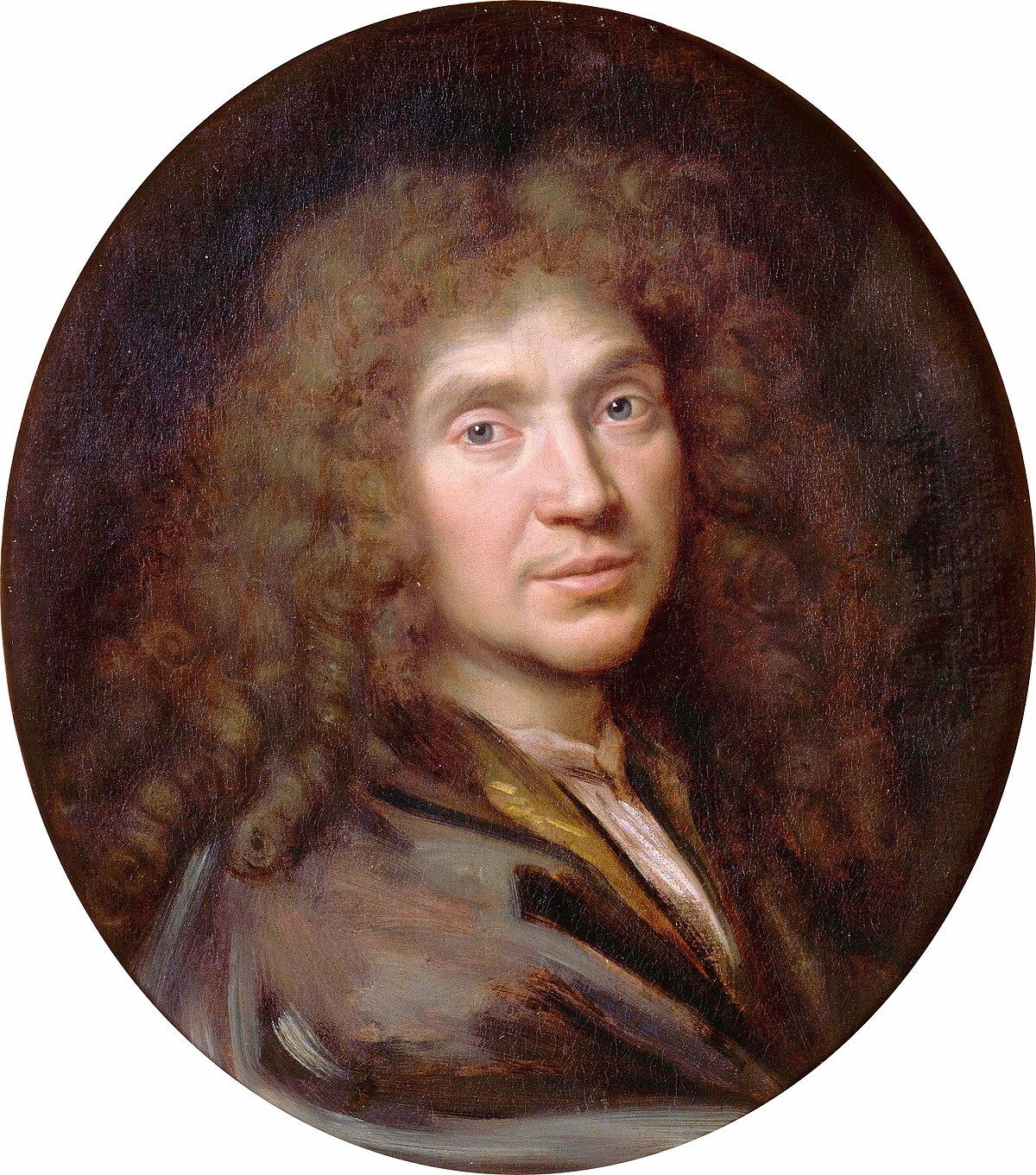