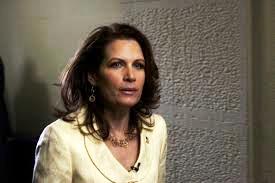 It saddened me to learn that, during one of your recent public appearances, a member of your entourage had forcibly pushed CNN’s Don Lemon into a golf cart. Therefore, I would ask that you never again allow your staff to push people around. I consider that behaviour to be inappropriate, rude and arrogant.

There are and there have been bad apples among us. Yet I believe most of us possess, to a lesser or greater extent, a degree of godliness, hence the need to respect others and to treat them with dignity. If human beings were kind to one another, there would be no wars and members of Congress would think, first and foremost, of the poor, the disabled, the elderly, the unemployed, the veterans and the needs of the children.

With all due respect, if you continue to permit aides to accost others, you should remove yourself for consideration from the list of Presidential hopefuls.

On November 4th, 2008, when Barack Obama was elected to his post as President of the United States, I was delighted. However, I did not suspect that he would subsequently earn my admiration because of his courtesy and humanity. Former President Bush had brought the US to the brink of a financial collapse, but President Obama treated him with dignity, the dignity the former President deserved and still deserves as a human being, whatever his failings. I was very impressed and very touched.  The new President was a good human being.

Some individuals are more gifted than others or are born in a family that will encourage them to pursue their goals and has the means to help them do so. However, others are less gifted, or are not receiving an education for want of financial resources.

As human beings, the citizens of the United States should not be induced into thinking that, under a different administration, America would not have a debt and that the price of gasoline can be magically reduced to $2.00 a gallon.

Let us be realistic. If the rich do not pay their fair share of taxes, America’s debt will beleaguer several administrations. If there are to be tax cuts, the poor and the middle-class should be given a break. For example, if one builds a mansion when a humbler dwelling would suffice, why should mortgage interest for the oversized mansion be tax deductible?

As well, the US has to create and repatriate jobs, which, initially, may cost money, but will eventually benefit the citizens of the United States. It is money well invested. Suffice it to say that even the most ill-informed citizen knows that the government has a role to play in this endeavor.

So, if ever again any of your mignons shoves a person into a golf cart, the people may come to realize that your manners are unbefitting a presidential hopeful and, moreover, that, if elected, you are unlikely to serve your nation with the dignity it