In an earlier post on Barbier’s Fêtes galantes, I noted that virtuoso violinist Ginette Neveu (11 August 1919 – 28 October 1949) was a victim of the Air France Lockheed Constellation crash of 28 October 1949, in the Azores. The crash also claimed the life of 68 year-old illustrator and designer Bernard Boutet de Monvel, of the Monvel dynasty, as well as that of 33 year-old world champion boxer Marcel Cerdan, Édith Piaf‘s lover. Also killed on the island of São Miguel was classical pianist Jean Neveu, Ginette’s brother and accompanist. The Neveu family must have been devastated.

Ginette Neveu was 7 when she started giving public performances. By that age, she had mastered Mendelssohn’s E minor Concerto (Op. 64). In 1935, shortly after she turned 16, Ginette’s teacher entered her in the Wieniawsky Competition in Warsaw and she won over David Oistrakh (30 September 1908 – 24 October 1974) who was then 27 and an acclaimed violinist. It is difficult to say that Mr. Oistrakh lost to Ginette Neveu. There were 180 contestants and he came second. But more importantly Ginette was a child prodigy, so it is as though she belonged to a different category.

It does not happen very often, only a few times in a century, and sometimes in a millennium, but, occasionally, an exceptionally gifted individual is born who cannot be surpassed in his or her category and in his days. Only Beethoven could compose the Ninth Symphony and no one has equalled Mozart’s Requiem, K (Köchel) 626.

Not that we are about to run out of talents. Over the years, there have been hundreds of great composers, artists, performers, comedians, scientists, writers, architects, athletes, inventors, and very good human beings. Yet certain individuals are unlikely to be surpassed. Steve Jobs was one such individual, and so was Ginette Neveu.

It seems, however, that the greater the talent, the more fragile and vulnerable the writer, the composer, the performer, the artist, the scientist and my “good” human being…  Fate took Ginette Neveu away from us at a very early age and, on 11 August 2014, we lost Robin Williams. In his category and in his days, I don’t think Mr. Williams could be surpassed, no more than Charlie Chaplin, in his category and in his days. Moreover, Robin Williams was a good human being. He will be missed.

At any rate, I have inserted, once again, Ginette Neveu’s interpretation of Maurice Ravel‘s Tzigane. It is remarkable.

P. S. I am trying to configure my webpage. I have been posting articles for three years and have yet to learn how to insert a picture in my sidebar. In other words, I am not a very gifted individual. 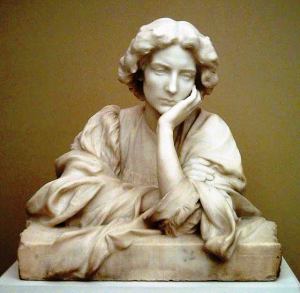 The Flag of Libya

Speaking of the devil, one just died after being pulled out of a sewage pipe.

Muammar Gaddafi was a tyrant in whose eyes all was fair in the pursuit and perpetuation of power.  For him, “the end justifie[d] the means.”  So the term “Machiavellian” is a valid description of the manner in which Gaddafi or Gadhafi ruled.

When such dictators are captured or die, the first image that comes to my mind is that of a mother cradling her new-born child.  Gaddafi was once a baby.  I doubt that one is born a tyrant.  In fact, must of us cannot even imagine ruling ruthlessly. We even respect our pets.  They are sheltered, fed and they participate in the activities of their family.

So what happened?  What made this man a killer?  I have no good answer to such a question.  However, it may be that he wanted power, but not just the power to represent and serve a collectivity, but absolute power that legitimized crimes against humanity.

Those among us who live in democracies elect leaders, but the power that is conferred upon our leaders is not to be used in a self-serving fashion or to oppress the people.  Our leaders are elected to serve the nation as well as possible and under circumstances that may limit their ability to serve.  Besides, they have advisers and an opposition.

Ironically, even Louis XIV had advisors.  Beginning in medieval France, there was a “Curia Regis,” States General, Parlements, various Conseils (King’s Council), which, under Louis XIV was merely a “conseil d’en-haut” (“from above” because they lived upstairs in Versailles), or a small Privy Council

But, interestingly, when Louis XIV was a child, those who wanted to “storm the Bastille,” so to speak, were not the poor so much as the once powerful aristocrats who had been rendered powerless, as absolutism grew under Richelieu and, later, under Mazarin and Louis XIV himself. Louis XIV remembered the Fronde (1650-1653).  So his most important civil servant was Colbert, a bourgeois.  Colbert was Minister of Finance and Secretary of State.

But let us return our current concern, Libya’s future.  Libya requires immediate assistance in looking after its wounded.  It needs medical help.  But it may also need help putting a democratic government into place.  At the moment, another dictator could perceive Libya as an easy prey. However, would-be usurpers should know that Libya is not up for grabs.

Libya will be helped by several nations, including the US, except that the US seems to have placed itself “in the wings.”  Since 2008, one can sense greater détente between the Middle East and the US, as well as greater respect for the US and from the US towards Middle-East countries.

It would be reasonable to presume that what Libyans want most, at the moment, is to cast their ballot in a properly-conducted election and never again to be defenseless.  That may seem insufficient, but there is a sense in which one cannot possess greater power.

P.S.  My blog on the human mind is about mankind’s enormous mental resources.  But it is mostly a tribute to Steve Jobs.  Micheline

In my last post, I quoted Roman Emperor Marcus Aurelius (26 April 121 – 17 March 180 CE) concerning the manner in which a text can take a life of its own.  But I have since thought that the quotation I used might be one of many ways to depict the process of discovery.  If a text takes a life of its own and will not remain inside your plan, this is perhaps what happens to discoverers, persons who, like Steve Jobs (February 24, 1955 – October 5, 2011), can change the world forever, as did the ‘ideas’ of other scientists.

Only a little while, and Nature, the universal disposer, will change everything you see, and out of their substance will make fresh things [ideas], and yet again others [ideas] from theirs, to the perpetual renewing of the world’s youthfullness.

No wonder Steve Jobs left college to start working on “inventions.”  His thinking had led to unexpected ‘ideas’ that could lead to inventions.  What happened to Steve Jobs may have happened or may happen to other creative minds.  He had an ‘idea’ and he used it to create extraordinary inventions and products.

In his Reflections on Geometry in General: On the Geometrical Mind and on the Art of Persuading, section II  De l’Esprit géométrique et de l’art de persuader, section II (1657-1658), Blaise Pascal (June 19, 1623 – August 19, 1662), states that there are two entrances to the soul, “deux entrées par où les opinions sont reçues dans l’âme.”  These two entrances are reason, or l’esprit de géométrie, and instinct, or l’esprit de finesse.  Now instinct could be the element which, in a brilliant mind, leads to the ‘idea’ that leads to the invention.  Steve Jobs produced the first user-friendly personal computer: the Macintosh.

Pascal’s father was a tax-farmer (tax collector) and spent a lot of time counting.  So his son had an ‘idea’ that led to the invention of a mechanical calculator he called the pascaline.  As well, Blaise was the first person to come up with the idea of public transportation.  Public transportation was the carrosses à cinq sols, the short-lived five-penny carriages.

So I believe that when Pascal insisted that reason, esprit de géométrie, alone was an inadequate investigative tool without the support of instinct, or esprit de finesse, he may have added a precious dimension to the scientific method devised by Descartes, and that element would be intuition, or finesse, or instinct, or the above-mentioned  ‘idea.’  The ‘idea’ would be the fountainhead of creation and invention, including practical inventions. We use Steve Jobs’s gadgets.

In no way do I intend to marginalize Descartes’s essential contribution to science, the formulation of the scientific method.  On the contrary!  Until René Descartes (31 March 1596 – 11 February 1650), experiments were not conducted methodically and scientists had to work within the Catholic Church’s narrow view of the world and, particularly, the Catholic Church’s view of the cosmos. Before undertaking a scientific investigation, Descartes took everything off the table (tabula rasa), but he left aside any mention of the ‘idea,’ seminal  ‘ideas.’

However, in the second century, Roman Emperor Marcus Aurelius, wrote about “fresh things” leading to other “things.”  At first, the creative or inventive mind may be thinking within the box, but there comes a point when thoughts, an ‘idea,’ takes the investigative mind well outside the box.

Pascal always combines instinct and reason (Thoughts, 112-344).  For Pascal, the human mind was divided into instinct and reason.  There is constant symmetry.  Instinct may well be the ‘idea,’ or ‘ideas,’ leading to a “perpetual renewing of the world’s youthfullness.”

So let this be my tribute to the human mind and, particularly, to the mind of Steve Jobs.