A Teacher’s Reading of the Brexit Vote

Most teachers consider a mark of 51.89% on a quiz or test a very low grade. It usually indicates that the student is likely to fail the course. Moreover, in certain Canadian universities, teachers are asked not to give a final mark between 45% and 50% to a student who is graduating or finishing his or her degree. Marks between 45% and 50% are lowered or raised, depending on the student’s overall performance and, occasionally, on his or her circumstances.

Therefore, according to classroom standards, if 51.89% (17,410,742) of Britons agreed to leave the European Union, and 48.11% (16,141,241) voted to stay, breaking away from the European Union is not warranted. It is too literal a reading. The spirit of the law negates its letter. (See United Kingdom European Union membership referendum, 2016, Wikipedia.)

“Intentionally following the letter of the law but not the spirit may be accomplished through exploiting technicalities, loopholes, and ambiguous language.” (See Letter and spirit of the law, Wikipedia.)

If we delete Bregrets (1,2 million) from the “leave” voters, the gap is even narrower. Bregrets may feel they did not know precisely what they were voting for or against. They may also feel they were not sufficiently informed regarding the consequences of their vote.

The plot thickens. According to professor Michael Dougan, there was misrepresentation on the part of Brexit advocates.

One issue was sovereignty. Some voters believed, or were made to believe, that the UK would regain its independence if it left the European Union. Such a view is puzzling. Britain was one of the foremost colonial powers in history, if not the foremost. It is independent.

Another issue is immigration.  Some “leave” voters thought they were voting to exclude certain immigrants from entering England or to send them back.

Countries do regulate the number of immigrants they accept, but we cannot assume that migrants who are risking their lives to enter Europe are terrorists. Migrants flooding Europe are fleeing terrorism, war, and repressive autocracies. They are the victims of Isil or Daesch, the Syrian Civil War, and autocrats who violate human rights. Some countries cannot accommodate immigrants at this point because they are still recovering from the breakdown of the Soviet Union.

There is sympathy for Palestinians, and many countries recognize the State of Palestine. Nearly 50 years after the Six-Day War, Israel still occupies Palestinian territory and it is building a wall part of which is located in the occupied territories.

The problem at this point would be Islamophobia.

I will conclude borrowing several words from my last post. I then wrote that it may be in the best interest of Britons not to break from the European Union at this point. My opinion has not changed. John Kerry, the United States Secretary of State, has suggested Britain could walk back its decision, which may be a good idea. Should Britain leave the EU if its population does not express itself clearly? There is no consensus at the moment.

In my opinion, the EU referendum failed to give British Prime Minister David Cameron a clear mandate to either leave or remain within the EU. One must also consider that although a decision made on so tiny a majority would be legally acceptable, it may be too literal, in which case it may not “sit well” with Britons, a factor that cannot be dismissed.

Moreover, can Britain leave the EU if there was misrepresentation? If voters believed, or were led to believe, that once it was “independent,” Britain could close its door on Muslims or certain other immigrants, or send them back, there may have been unsavoury political manoeuvering. However, I will not go further regarding this matter for lack of information. What we know is that there was no planning.

We also know that Britain is experiencing a leadership crisis. Prime Minister David Cameron plans to resign in October and Mr Corbyn has been asked to resign but has resisted such requests. A nation cannot be without leaders. Whether or not Britain wants to leave is not clear; yet its leaders are being asked to resign.

This is my last post on the of Brexit “incident.”

The Canadian experience may be worth looking at. The 1995 Quebec Referendum nearly broke Canada (49.42% voted in favour of separation and 50.58% voted against), which led to the passing of the Clarity Act. If a province, Quebec or another province, wishes to leave Confederation, the decision will not be based on a 50 – 50 vote, i.e. 49.42% (leave) versus 50.59% (stay). Such a result showed division. 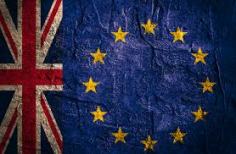 Yesterday, I wrote a blog on the subject of Bill 14, now under discussion in the Quebec Legislature,[i] but did not post it.  I needed to “sleep on it” and did.  If enacted, Bill 14 would make Quebec communities where the percentage of English-speaking citizens falls below 50% into French-speaking communities, but it is more complex.  It would also put limits on the number of French-speaking Québécois who attend Quebec’s Cégep (grades 12 and 13).  After obtaining their DEC Diplôme d’études collégiales) or DCS (Diploma of College Studies), students may enter graduate programs, such as Law and Medicine.

A will to remain within Canadian Confederation

When Jacques Parizeau, a former premier of Quebec, lost the last referendum on sovereignty, held in 1995, he commented that the Parti Québécois had lost because of  “money and the ethnic vote.”  This cannot be altogether true.  Among the c. 51% of the population who voted against sovereignty, there were many French-speaking voters.  There are French-speaking Quebecers who wish to retain a close partnership with Ottawa.  In fact, this percentage has grown significantly since Madame Marois has become the Premier of Quebec.  She leads a minority government and has effected cutbacks and disappointed students.  I can state, therefore, that there is, among Québécois, a will to remain within Confederation, a closer bond than that which unites the United States.

An excellent indication of this will is the large number of French-speaking Québécois who enrol in English-language Cégeps as well as institutions such as Bishop’s University, in the Eastern Townships, where I reside, with the purpose of learning English.  English-speaking Quebecers are willing to accept compromises and, among French-speaking Québécois, many wish to learn English.  Because of the operations I have undergone in the last five months or so (cataracts and bunions), I know that it is entirely possible in Sherbrooke, Quebec, to receive medical attention in Canada’s two official languages.  For instance I was provided with information on the removal of cataracts in a bilingual booklet.  As well, when my second bunion was removed, there were Anglophones waiting for surgery and they were addressed in fluent English and in a friendly, caring manner by French-Canadian doctors and the hospital’s staff.

Bilingualism is not an evil.  On the contrary.  It is as a student at the University of Victoria, in British Columbia, and Marianopolis College, in Westmount (Montreal), that I studied French systematically.  These were English-language institutions.  As a result, I know that in English one “makes a decision” and that in French one takes a decision  (prendre une décision).  In other words, although French is my mother tongue, I perfected my knowledge of both French and English taking courses intended for English-speaking students.  I studied French as a second-language.  Later, after finishing my PhD, I taught applied linguistics, or what is involved in the teaching and learning of second or third languages (second-language didactics), at McMaster University, in Ontario.  I love studying languages.

Now that Bill 14 is being discussed, I wish I could provide the Legislature with my personal testimonial.  I can do so in fluent and correct French.  Consequently, I am opposed to a Bill that would further limit access to the study of English to French-speaking Quebecers.  One has to be realistic.  If Québécois do not learn languages other than French, English in particular, they will be facing obstacles that have nothing to do with their being part of the Canadian Confederation.  They are citizens of the world.

I am also opposed to Bill 14 because it takes away from English-speaking Quebecers the rights I enjoyed in mostly English-language provinces of Canada.  The majority of French-speaking Canadians live in Quebec, but there are a great many French-speaking Canadians living outside Quebec.  They have their schools or they may enter a French-immersion program.  Canadian Parents for French  remains a strong lobby and several members of this association look upon French-immersion schools as the better public schools or private schools within the public system.

French-speaking Canadians outside Quebec can listen to French-language radio and watch French-language television networks from coast to coast and they are respected by English-speaking Canadians who have been flocking to French-immersion schools from the moment Pierre Elliott Trudeau and his Liberal Party implemented official bilingualism.  It is no longer possible for me to speak French at a restaurant table in Toronto or Vancouver expecting that no one will understand what I am saying.

In other words, the battle has been fought and won.  I have mentioned Pierre Elliott Trudeau‘s government, but he had predecessors who paved the way for a bilingual Canada. Among these leaders are Sir Louis-Hippolyte Lafontaine, KCMG (October 4, 1807 – February 26, 1864), Sir George-Étienne Cartier, 1st Baronet, PC (September 6, 1814 – May 20, 1873), a father of Confederation, and Sir Wilfrid Laurier, GCMG, PC, KC, (20 November 1841 – 17 February 1919).  It’s time to cease and desist.  If not, more English-speaking Quebecers will leave their province as well as French-speaking Québécois many of whom had moved to Quebec from France, Belgium, and other war-torn countries.  A large number left in the 1970s.  They had fled strife.

Strife is what Lord Durham, John George Lambton, 1st Earl of Durham, GCB, PC (12 April 1792 – 28 July 1840), observed and noted in the report he submitted after investigating the mostly misunderstood Rebellions of 1837-1838 (entry from the Canadian Encyclopedia).  Lord Durham commented that French-speaking Canadians were “without history and without literature” and recommended that they be assimilated, but this recommendation was never put into effect.  Sir Louis-Hippolyte Lafontaine, a French-Canadian, was Prime Minister from September 26, 1842 – November 27, 1843.  His term began a year after the Act of Union (1841), also recommended by Lord Durham, was proclaimed.  Responsible government became the more important objective, as would extending Canada from the Atlantic Ocean to the Pacific Ocean.

Québécois who study the history of Canada should be taught that the Rebellions of 1837-1838 occurred in both Canadas (see Upper Canada Rebellion, Wikipedia).  There were patriots in Toronto and rebels were hanged in the current Ontario (Toronto and London).  Recently, I met a lady who told me she did not know about the Upper Canada Rebellion and was sorry she had not been taught Canadian history in a more accurate manner.

It would be my opinion that souverainistes are now “fighting windmills” (Don Quixote, Miguel de Cervantes).  They are also harming all French-speaking Canadians living outside Quebec.  Above all, consider the benefits of living harmoniously and in prosperity.

My featured artist is Claude Lorrain, the byname of Claude Gellée (born 1600, Champagne, France—died Nov. 23, 1682, Rome [Italy]), whose landscapes may have been an inspiration to Whistler in that they are lyrical and an earlier expression of a degree of tonalism.[ii]

Quebec’s main political parties and their leaders (le chef) are: