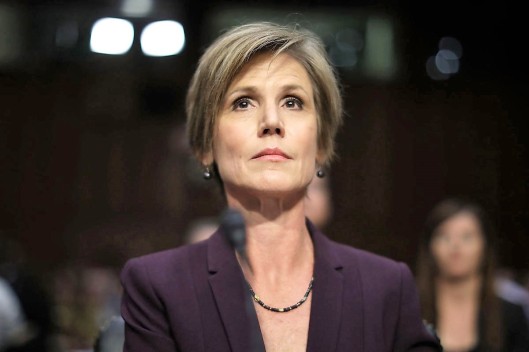 “I expected this to be an uneventful few weeks,” Sally Yates said, of her role as the acting Attorney General. Instead, she was embroiled in two of the biggest controversies of Trump’s early Presidency. PHOTOGRAPH BY CHIP SOMODEVILLA / GETTY

On 26 January 2017, the acting Attorney General of the United States, Sally Yates, expected an “uneventful few weeks.” President Trump had just been inaugurated and usually Presidents of the United States do not infringe upon the laws of the land. By and large, human beings expect what I will call “normal” circumstances. However, Ms Yates soon informed the President that United States Army Lieutenant-General Michael Flynn  “was vulnerable to blackmail by Russia.”

“I expected this to be an uneventful few weeks,” Yates said, of her role minding the Justice Department until Jeff Sessions was confirmed by the Senate. Instead, she was embroiled in two of the biggest controversies of Trump’s early Presidency. On January 26th, Yates informed the White House that Michael Flynn, then the national-security adviser, was vulnerable to blackmail by Russia. Four days later, she wrote in a letter to Justice Department lawyers that she was not convinced the travel ban was lawful.

In the photograph below, taken in 2015, Lieutenant-General Michael Flynn is sitting next to Russian President Vladimir Putin. That Russia had interfered with the United States Presidential election, held on 8 November 2016, was common knowledge almost as soon as the votes were counted, but talks began earlier. (See Michael T. Flynn, Wikipedia.)

President Trump failed to take seriously Sally Yates’ findings seriously. In fact, on 27 January 2017, he complicated his relationship with the acting Attorney General by issuing Executive Order 13769, a travel ban affecting seven Muslim-majority countries: Iran, Iraq, Libya, Somalia, Sudan, Syria, and Yemen, but not Saudi Arabia, where President Trump just travelled. Executive Order 13769 provoked anger and indignation among Muslims and the more tolerant citizens of the United States, but it was a violation of the American Constitution.  As a result, a temporary restraining order saved the day. More consequential, however, was the Russian connection: heads fell, so to speak.

Sally Yates was dismissed on 30 January 2017. Yet, she was the acting Attorney General of the United States. As for Michael T. Flynn’s tenure as national security advisor, it lasted 24 days. Mr Flynn was in office from 20 January 2017 until 13 February 2017 (see Michael T. Flynn, Wikipedia), which takes us to James Comey, the Federal Bureau of Investigation who broke with protocol by reöpening the investigation into Mrs Clinton’s emails on the eve of the November 2016 United States Presidential election and may still have been examining Mrs Clinton’s email when he was fired, on 9 May 2017. It is as though President Donald Trump were dismissing the ‘judges.’

Dismissing the judges? Not quite. Mr Comey was merely investigating possible collusion between Michael Flynn and Russia. At any rate, there was a private dinner at which President Trump asked for James Comey’s “loyalty.” President Trump wanted Mr Comey to “let this go,” ‘this’ being his investigation into Michael T. Flynn and Russia. Not only did Mr Comey continue investigating the Russian connection, but he also kept notes of his conversations with Mr Trump and prepared thoroughly for his meetings with the President.

Given allegations of meddling in the 8 November 2016 United States Presidential election; given also that the President fired Mr Comey on 9 May 2017, why did President Trump meet behind closed doors with Russia’s Minister of Foreign Affairs, Sergei Lavrov, and Russian ambassador to the United States Sergey Kislyak on 10 May 2017?

For instance, President Trump has given his daughter Ivanka and her husband, Jared Kushner, too important a role. There has not been a significant public outcry, at least not in the United States. She is the first daughter. However, German Foreign Minister Sigmar Gabriel has used the word “nepotism” with respect to Ivanka’s prominence in President Trump’s administration. Moreover, during President Trump’s recent visit to Saudi Arabia, Jared Kushner negotiated a $110B Saudi arms deal.

It has all been so strange that I must close and return to Reynard the Fox after a long, unavoidable and unintentional interruption. I apologize. 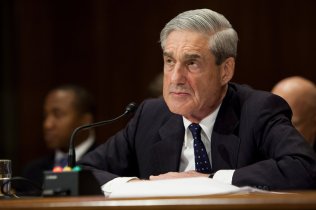