On 21 March 1804, aged 31, His Serene Highness, the Duke of Enghien, born on 2 August 1772, was executed by single firearm. He was an émigré, but dragoons captured him and brought him to Strasbourg on 15 March 1804. He was the grand-son of Louis XIV, by Madame de Montespan, and the son of Louise Marie Thérèse Bathilde d’Orléans, the Duke of Orléans’ sister. Philippe duc d’Orléans, or Philippe Égalité, the duc d’Enghien’s uncle, voted in favour of his brother’s, Louis XVI, execution, by guillotine.

The Duc d’Enghien was a prince of the blood (Prince du Sang) and, therefore, a possible heir to the throne of France. He was accused of participating in a Royalist plot (Cadoudal-Pichegru) to defeat the Consulate (18 Brumaire [9 November] 1799 –1804), part of the Napoleonic era (c. 1795 – 1815 [Congress of Vienna]). He was tried for the sake of appearances, Napoleon having decided he had to be eliminated. D’Enghien had been the commander of a corps of émigrés during the French Revolutionary Wars (1792–1802), but he had not played a role in the above-mentioned 1804 conspiracy. By the time the duke was captured, he had married Charlotte de Rohan (25 October 1767 – 1 May 1841), privately and in near secrecy, and the couple lived in Ettenheim, in Baden, on the Rhine. (See Duc d’Enghien, Wikipedia.)

There were of course many Royalists among the French during the French Revolution (1789-1794). Particularly noteworthy is a failed invasion of France called l’affaire  Quibéron portrayed above by artist Paul-Émile Boutigny (1853 -1929). On 23 June 1795, émigrés landed at Quibéron to lend support to the Vendéens, who had long fought Revolutionary forces, and the chouannerie, royalist uprisings. The émigrés hoped they could raise support in western France, end the French Revolution and re-establish the monarchy.  By 21 July 1795, they had been routed.

As for the duke, nothing could be done to save him. If Joséphine de Beauharnais,[i] Napoléon I‘s first wife, could not dissuade her husband, born Napoleone Buonaparte, no one could.  Joseph Fouché, 1st Duc d’Otrante (known as the Duke of Otranto), Napoleon’s chief of police, said of the execution that “it was worse than a crime, it was a mistake:”  “C’est pire qu’un crime, c’est une faute.“ The crime, for it was a crime, was imputed, probably wrongly, to Charles Maurice de Talleyrand-Périgord, one of history’s foremost survivors. However, if the murder of the young duc d’Enghien is remembered to this day, it is as an obvious injustice, one that lingered in the mind of great writers.

The “Chouans” and the Duke in literature: Balzac, Dumas and Leo Tolstoy

In Les Chouans, a 1829 novel, French writer Honoré de Balzac (20 May 1799 – 18 August 1850) immortalized the royalist chouannerie, uprisings in western France and, by the same token, the royalist Vendéan insurrection.  For his part, the duc d’Enghien was bestowed life eternal by Leo Tolstoy (9 September 1828 – 20 November 1910), Count Lev Nikolayevich Tolstoy.  In the first book of War and Peace, Tolstoy has the vicomte de Mortemart, a French émigré, say that:

“‘[a]fter the murder of the duc, even the most partial ceased to regard [Buonaparte] as a hero. If to some people he ever was a hero, after the murder of the duc there was one martyr more in heaven and one hero less on earth.’ The vicomte said that the duc d’Enghien had perished by his own magnanimity, and that there were particular reasons for Buonaparte’s hatred of him.”

“[T]he dominant sentiment in Bonaparte’s mind at that moment was neither fear nor vengeance, but rather the desire for all of France to realise that Bourbon blood, so sacred to Royalist partisans, was no more sacred to him than the blood of any other citizen in the Republic.

‘Well, then’, asked Cambacérès,[iii] ‘what have you decided?’

‘It’s simple’, said Napoleon, ‘We shall kidnap the Duc d’Enghien and be done with it.'”[iv]

Let these words be the conclusion of this post.  The duc d’Enghien was a scapegoat.

[i] Napoleon divorced Joséphine in 1810 so he could marry Marie Louise d’Autriche, the future Duchess of Parma, who gave him a son. Napoléon wanted un ventre, a fertile woman.

[ii] Napoleon had epileptic seizures. One of Talleyrand’s duties was to remove Napoléon from public sight when seizures occurred.

[iii] Jean-Jacques Régis de Cambacérès, 1st Duke of Parma, is the author of the Napoleonic Code, a fine document still in use in Quebec. 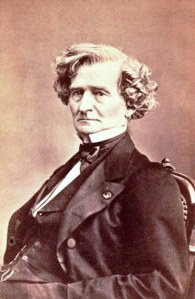