Our series of posts on Aubert de Gaspé’s Les Anciens Canadiens have reached an exciting point. France has been defeated, and the ruling families of Quebec are returning to France, but they must do so promptly.

After the sinking of l’Auguste, Governor James Murray gave the reprieve that had saved the d’Habervilles to all prominent French families. In fact, they would no longer be forced to return to France. Therefore, Quebec still had its seigneurs. Papineau was a seigneur, so was Aubert de Gaspé, and the Lotbinières, and others. They were Canada’s aristocrats, but their life in France could be humbler after a long absence. If they left in a hurry, their fate could be disastrous. However, while the Royal Proclamation of 1763 benefited Amerindians, George III of England demanded the assimilation of the French.

The Royal Proclamation created the Province of Quebec. It gave the British monarch (the king or queen) the power to buy and sell land belonging to Indigenous people. It made sure that the British would have more power than the French. Also, it attempted to assimilate the French. Through assimilation, the British believed the French should lose their language, traditions, and religious beliefs so that they would become like them.

Moreover, while George III’s Proclamation of 1763 protected Amerindians, the French ran the risk of being assimilated, which takes us back to Les Anciens Canadiens. After the sinking of l’Auguste, not only did Governor James Murray postpone the departure of the d’Habervilles from New France, but he extended this reprieve to every prominent citizen of New France who, as noted above,,, could also remain in Canada. But more importantly, James Murray did not enforce assimilation.

His willingness to allow French law and custom in the courts further alienated the merchants and led to his recall in April 1766 and he left Canada in June. Though charges were dismissed, he did not return to Canada though he retained nominal governorship until April 1768.

James Murray was criticized and recalled, but he completed his term in office, and, as noted in earlier posts, James Murray paved the way for Guy Carleton’s Quebec Act of 1774. The Quebec Act was a more “intolerable act” than the Royal Proclamation. It has also been viewed as somewhat flawed because it was negotiated with Seigneurs, the Clergy, and the bourgeois. “Habitants” were disappointed, but the French in Canada did not lose their language, religion, seigneurs, or Code Civil. The Quebec Act of 1774 is particularly significant because the French-speaking population of the former New France were granted the same rights as the Colony’s English-speaking citizens, which meant that, henceforth, they could run for office.

The Colony had yet to attract English-speaking immigrants. Canada was not an attractive destination. In 1970, Margaret Atwood published The Journals of Susanna Moodie, a book of poetry in which she tries to imagine writer Susanna Moodie’s feelings about life “in the Canada of her era.” At first, in 1774, Canadiens were the majority, but a Governor could form an assembly. Immigrants arrived: Scots who lost their homes and, soon, United Empire Loyalists. A blend, however, was initiated earlier, to which Les Anciens Canadiens is a testimonial. Although New France had fallen, Cameron of Lochiel remains a brother to Jules d’Haberville, and he helps him find his way in a new Canadian élite. Therefore, despite the fall of Nouvelle-France, Jules can enter a career. Furthermore, Jules has met and loves a young Englishwoman in his travels. The two will marry.

Canadiens still faced obstacles. In his Report on the Rebellions of 1837-1838, Lord Durham wrote that the people of Quebec did not have a literature, nor did they have a history: “un peuple sans histoire ni littérature.” In response to John Lambton, 1st Earl of Durham‘s demeaning remark, Canadiens created two literary movements: le Mouvement littéraire de Québec, the Literary Movement of Quebec, whose members congregated in poet Octave Crémazie‘s bookshop, and le Mouvement littéraire de Montréal, whose most prominent author would be poet Émile Nelligan. Aubert de Gaspé was a member of le mouvement littéraire de Québec. Les Anciens Canadiens was published in 1863. Les Anciens Canadiens is not the first novel published by a French Canadian. Phillipe-Ignace François Aubert de Gaspé, Aubert de Gaspé’s son, published L’Influence d’un livre in 1837. Aubert de Gaspé père worked with his son. So, L’Influence d’un livre may have been Philippe Aubert de Gaspé’s introduction to the world of letters. He was a born writer and his imprisonment had acquainted him with immense sorrow, but he wrote a fine novel at the age of 76.

Chapter XI/X of Les Anciens Canadiens, Légende de Madame d’Haberville (Madame d’Haberville’s Story), is the story of a mother who will not stop mourning the loss of her daughter. The little girl is burdened by buckets filled with her mother’s tears. She sees her child in a dream or vision. This inner tale may reflect the grief of realistic Canadiens. They had to go on and could because they had a “bon Anglais” in James Murray, the Scottish governor of Britain’s new Colony. James Murray commiserates when he listens to Monsieur de Saint-Luc’s account of the shipwreck of Augusta, an unfortunate accident. Henceforth, he will be a kinder governor.

[General Murray turned as pale as death. He was no longer the same man who had carelessly consigned so many brave officers to their doom just because the sight of their uniforms displeased him. Presently he called for refreshments, and, treating Saint-Luc with the most profound consideration, he inquired of him the most entire particulars of the wreck.

What M. de Saint-Luc had foreseen presently came to pass. Thenceforward Governor Murray, conscience-stricken by the loss of the Auguste, became very lenient toward the Canadians. Those who wished to remain in the Colony were given liberty. M. de Saint-Luc, whose possible revelations he may have dreaded, became the particular object of his favour and found nothing to complain of in the governor’s attitude. He set his tremendous energies to the work of repairing his fortunes, and his efforts were crowned with well-merited success.]

P.S. My last two posts were nearly erased. I’ve rebuilt both, hence the delay. I’ve added that once Louisbourg fell to Britain, on 26 July 1758, ships could go up the St. Lawrence River unhindered, which meant that Quebec could fail. It fell on 13 September 1759.

New France fell to Britain in 1759 (Quebec City), 1760 (Montreal), and by virtue of the Treaty of Paris, 1763. The Quebec Act (1774) gave French-speaking Canadians a status that approximated the status of English-speaking Canadians. The Governor of Canada was Guy Carleton, 1st Baron Dorchester.

Both the citizens of Upper Canada and Lower Canada rebelled in 1837-1838. The Crown levied money from its British North American colonies.

The Purchase of Rupert’s Land from the Hudson’s Bay Company transformed Canada into a large territory.

1885 photo of Robert Harris‘ 1884 painting, Conference at Quebec in 1864, to settle the basics of a union of the British North American Provinces, also known as The Fathers of Confederation. The original painting was destroyed in the 1916 Parliament Buildings Centre Block fire. The scene is an amalgamation of the Charlottetown and Quebec City conference sites and attendees. (Caption and photo credit: Wikipedia)

The French Language in Canada

My next post is about the controversial language laws passed in the Province of Quebec in the 1970s: Bill 22, the Official Language Act, Quebec (1974), and Bill 101, or Charter of the French Language (1977). However, it would be useful to know how many citizens spoke French in the years that followed what many Quebecers still call the “conquest” until the last census.

At the conclusion of the Seven Years’ War, also referred to as the French and Indian War, France chose to cede New France (Canada and Acadie) to Britain. Under the terms of the Treaty of Paris (1763), France kept its sugar-rich Caribbean Colonies and the islands of Saint-Pierre and Miquelon, off the coast of Newfoundland. French fishermen had been fishing in that area for centuries. (See Seigneurial system of New France, Wikipedia.)

Although it ceded New France to Britain, by virtue of the Treaty of Paris (1763), France did not do so unconditionally. The inhabitants of New France would continue to speak French and practice their religion (Roman Catholicism). Moreover, they would retain their Seigneurial System, which was not abolished until 1854. (See The Royal Proclamation of 1763, Wikipedia.) 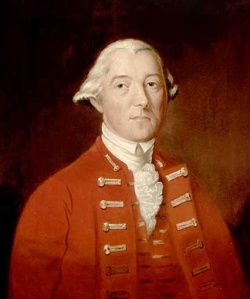 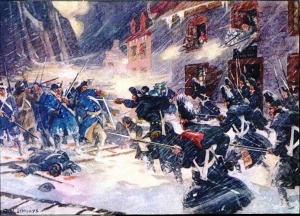 England could have reneged on its promises, but its Thirteen Colonies, running down the east coast of the current United States, were threatening to become independent of their motherland, Britain. The Declaration of Independence was promulgated on 4 July 1776 and, in 1783, the Thirteen Colonies won the American Revolutionary War, with the support of France.

Guy Carleton, 1st baron Dorchester KB, may have felt Britain could need the help of Quebecers and their Amerindian allies in order to fight rebellious “Americans.” This could be the case, but the status the “Quebec Act” gave French-speaking Canadians tends to outweigh other considerations. Moreover, the Act was unsolicited.

According to Wikipedia, the following are the principal components of the Quebec Act:

“It would be easier to buy Canada than to try to conquer it.” Benjamin Franklin

Rebellious “Americans” did attack in 1775, but “the francophone upper classes allied themselves with the British. As a result, despite the capitulation of Montreal, the siege of Québec failed, prompting Benjamin Franklin’s famous statement that it would be easier to buy Canada than to try to conquer it.”[2]

Quebec was one of the four provinces that entered into the Canadian Confederation in 1867. It did so under the leadership of Sir George-Étienne Cartier, PC.

It would be my opinion that the Quebec Act of 1774 probably ensured the survival of French in Canada. As noted above, we owe the “Quebec Act” to Guy Carleton, 1st baron Dorchester  KB. It was an act of the Parliament of Great Britain, which replaced The Royal Proclamation of 1763, temporary governance.

Until the Révolution tranquille, the 1960s, a very high birthrate, the revenge of the cradle(s) (la revanche des berceaux), and “colonisation,” settling north, also ensured the survival of French in Canada. But it is unlikely that a vibrant French Canada would have developed had it not been for the “Quebec Act” of 1774.