“I transfer my right of governing myself to X (the sovereign) if you do too.” (Thomas Hobbes)

Examining the social contract has helped me understand why electing Mr Romney to the Presidency of the United States could be a mistake.  The problem has to do with anti-tax extremism and individualism run amuck.  What he has expressed throughout his campaign is a wish not to “burden” the rich with taxes: tax cuts for the rich while the middle-class and the poor have difficulty making ends meet.  In a civil society, the society described by the three political philosophers whose theories we have glimpsed, paying one’s taxes is the  “freedom we surrender” as individuals to make sure collective needs are attended to and that we live in safety.

“Hobbes believed that equal justice includes the equal imposition of taxes. The equality of taxes doesn’t depend on equality of wealth, but on the equality of the debt that every man owes to the commonwealth for his defence and the maintenance of the rule of law.” (Leviathan, Wikipedia)

Human Rights: the Right to a Job

Our human rights now include affordable health care, affordable medication, employment insurance, benefits to the disabled, veterans, and seniors, affordable education and affordable housing, and I do not mean shacks, not to mention the right to a job.

“Hobbes also supported public support for those unable to maintain themselves by labour, which would presumably be funded by taxation. He advocated public encouragement of works of Navigation etc. to usefully employ the poor who could work.” (Leviathan, Wikipedia)

So Hobbes raises the subject of unemployment.  Please consider that the unemployed cannot contribute taxes to the government. This means that they do not have any “freedom to surrender,”  which weakens the social contract in that there cannot be enough money to ensure the safety of the “whole.”

And, as mentioned earlier, the rich will not enter into the above-named social contract by paying their fair share of taxes which, in their case, would be a substantial amount.  If the rich will not pay taxes, they have failed to understand that in a society there are individual as well as collective needs.

So the constant demand for tax-cuts on the part of the rich can only lead to a dysfunctional society.  It is a myopic view of nationhood and if Americans’s basic human rights, such as health care, are not attended to, those who will not pay taxes are displaying a rather distorted view of nationhood, one that expresses a profound lack of compassion.

For instance, if Mr Romney does abolish the health-care reforms introduced by President Obama and privatizes health insurance, a possible scenario, he may create a situation where having paid their premiums persons who are diagnosed with cancer, or diabetes, or some other disease, are refused the support they have paid for.  That would be a severe encroachment on a social contract and people could die and die in pain, which in my opinion is criminal.

The US is not poor: the budget and taxes, again

Despite its debt, the US is not poor, but I believe it may be allocating too much money to the Defense Department.  The enemy is an enemy within: greed and ill-conceived nationhood.  It may therefore be wise to direct some of the money allocated the Military to a program that would boost a now fragile economy by creating jobs and thereby produce tax-payers.

In short, it is imperative that the rich start looking upon themselves as part of a society, or collectivity, and pay their fair share of taxes, i.e. their dues.  They would thereby act in their own best interest and in the best interest of the United States.  They have to enter into a social contract which means surrendering some  freedom, if it is freedom, by paying their fair share of taxes.

We are our brother’s keeper. 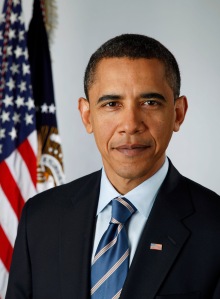