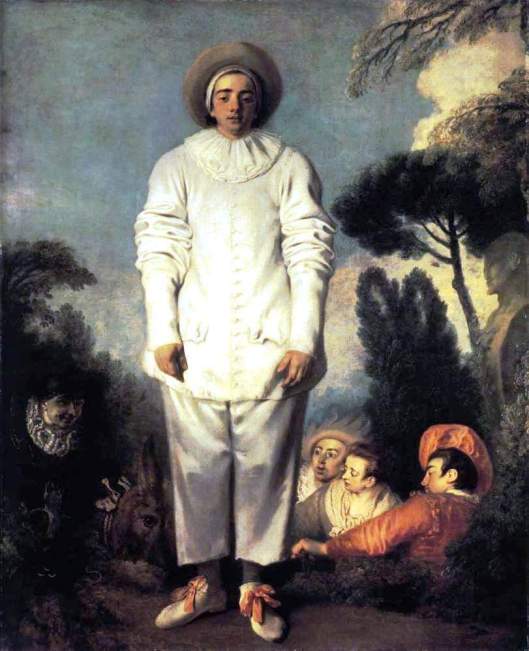 As you may know, I decorate my posts with pictures and often write about artists.  I name my sources (photo credit) and I indicate the location of the art I have used, which is a form of advertisement.

However, yesterday, as I was reading posts authored by my WordPress colleagues, I discovered that most of the images art.com was showing were images I had featured  in recent posts or simply looked at.  In other words, they are using my selection of pictures.

A Pattern, not a coincidence

In fact, this has been going on for some time.  I have noticed that within days of my using a picture or pictures, these were put on the market.  So we are looking at a pattern, not a mere coincidence.  So it would seem that art.com is using my selection of pictures, but does not sponsor me.

It seems a good idea to find sponsors.  Many WordPress authors spend a great deal of time working on well-researched and informative articles.  In my opinion, it is therefore perfectly normal and acceptable for them to seek a financial reward and support.

However, what is less acceptable is marketing the pictures a WordPress author selects or simply looks at without rewarding this author.  I now feel I have been used and that my privacy has been invaded.  What else are they looking at?

I have considered contacting art.com in order to ask to be compensated as I am working for them.  But I do not think it would benefit me.  It may in fact harm me.  I am not getting into a fight.  Besides although they market pictures I have selected, which can be a long process, most of these pictures are the public domain.  But I have nevertheless worked for them and they should pay me.  I could use the money.

In September 2008, just before TARP saved the US and its financial partners from certain perdition, I lost a third of my pension fund.  It has grown again but the total amount is still lower than it was in 2008.  So supplementing my income would be a good idea.

There is, of course, a flattering side to the entire matter.   First, they like my selections.  Second, I would suspect they look upon WordPress as a good platform.

With your permission, I will skip the News.  I would rather read your posts.  However, I would invite you to listen to the music of a related blog.  The chaconne is related to the passacaglia.

Mr Zakaria, I agree with you that the world is doing very little to prevent a major collapse of the new global economy.  People are sticking their head in the sand as everyone’s pension fund, including mine, is evaporating.

May I suggest that, financially, countries are poor bedfellows.  Hence the current state of the Euro.  The following example may not be the best, but it is the one that comes to mind at the moment.

I own one-ninth of an apartment building.  Five of a total of fourteen apartments are rented.  The sociétaires look after the apartment they have a right to occupy as fellow owners, but the building itself is rapidly deteriorating because of a lack of proper maintenance.

In my opinion, the problem here may be that the balance between individual and collective needs militates in favour of misunderstood individual needs.  Once an individual closes his or her suite’s door, he or she sees only the elegance and comfort of what he or she considers his or her “one-ninth.”

We inhabit a society where people are unable to grasp that individual needs will not be fulfilled if collective needs are not taken into consideration.  They do not realize that the two are inextricably linked.

Nor do they understand what I call a “healthy” form of capitalism.  As originally conceived, capitalism benefitted the people.  A few well-heeled individuals invested money in a business, employed people locally and, once the employees received their salary, they usually spent it within the community.

This is no longer the case.  Nowadays, capitalists have their products manufactured at the lowest possible cost and ignore all other societal factors.  In other words they export manufacturing jobs nilly willy.

No one can blame them, but it would be my opinion that efforts should be made to encourage companies that will employ locally.  Again, it’s a question of balance.

I am not an economist and cannot therefore comment in the same manner as an expert would.  But I have observed that the moment certain persons get rich they also become misers.   And I have also observed that, if people are well inside their cocoon, they are often quite willing to block other concerns from their consciousness, not realizing they will eventually be their own victims.

If one kills the golden goose, she can no longer produce golden eggs.  That is what some are doing in this society.  As a result, they are less than wise.

Americans have raised the debt ceiling.  It’s official.  But I fear there was a cost.  Global markets were destabilized and remain so, and people are afraid.

Behind closed doors, Republicans and Tea Party members spent the better part of the “debt-ceiling crisis” which they created eating away at the confidence of the people who voted them into office.   They knew that the debt ceiling had to be raised.  The alternative was unthinkable.  But, instead of voting quickly, they kept their constituents on tenterhooks.  It seems that before coming to the consensus officially, they wanted to make sure they were protecting their personal interest and the interest of those who funded their campaigns, i.e. the persons who got tax cuts.  I doubt that ordinary people entered into the equation.

It is indeed altogether possible that, as innocent people feared the worst, Republicans and Tea Party members spent the final days of July politicking and they now claim victory.

If there was a victory for the Republicans, it was at best a Pyrrhic victory. You may wish to google your way to Pyrrhus and to Pyrrhic victory.  But, the following may suffice.   King Pyrrhus of Epirus is reported to have said:  “If we are victorious in one more battle with the Romans, we shall be utterly ruined. ”  (Wikipedia)

This may well be the case with the current Republican ‘victory’.  Corporate America is taking its business to countries where workers will not demand high wages and, in the meantime, more and more Americans join the ranks of the unemployed, now facing the possibility that the government will not be in a position to come to their rescue.

At this time, the US should concentrate on saving its middle-class, educating the young, healing the sick, helping people keep away from fast food and eradicating abject poverty.  Now that it has spent a fortune on two wars, it should be consolidating its educational and social security programs.

As for President Obama, he let democracy takes its course, except that as the crisis  unfolded and grandmothers, veterans, the disabled and the unemployed worried, the unsavory spectacle of the debt-ceiling crisis was for the entire world to watch.  Change has come to America in forms unsuspected in the not-so-distant past.

Indeed, while Republicans dithered irresponsibly, panic mongering, CNN invited commentaries from the most insightful individuals they could find, many of whom are on their staff.  This was not second-hand, but direct reporting.

Wolf Blitzer was at his usual unassuming best and the remainder of the cast did not let us down:   Anderson Cooper, John King, Piers Morgan, and CNN’s team of well-educated female reporters, anchors and commentators walked us through the entire show.  Jessica Yellin, I love you.  All examined every aspect of the crisis.  We heard Fareed Zakaria, David Gergen, James Carville, and other inspired Americans.

However, as Fareed Zakaria stated, the damage had already been done.  Markets are not rallying and jobs are disappearing.   Having created the debt crisis, Republicans continue to erode trust in the United States by displaying no sense of nationhood, let alone a sense of responsibility.

My apologies go to those Republicans who acted responsibly, but this was a Nero-played-the-violin-as-Rome-burned scenario.   In Nero’s days, there were no violins as we know them, but the Republicans were playing with fire as the world watched and people wanted to hide their money under various mattresses.

If he were still alive, Bin Laden would be funding the Tea Party.  Not in his most insane moments could he have dreamed of so formidable a weapon of mass destruction as the group of duly-elected Republicans who fuelled the debt-ceiling crisis.

My pension fund has just taken its second beating, both engineered by the Republicans.  I wish I could return to teaching, but my university retired me.  Don’t ask me why as I may tell the truth.