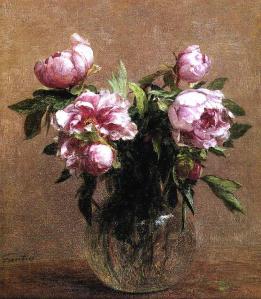 I am Belaud (pronounced ‘below’), the little fur person who shares Micheline’s life. She has asked me to write a note on her behalf. She somehow got interested in “The Fox and the Crow” and started writing a post she could not finish.

She is lucky to be able to count on me when such “accidents” occur. The best remedy, I told her, is to slash and slash. She explained that there were times when one could not slash and slash. Since the Syrian crisis and the debt-ceiling crisis, one nearly overlapping the other, she has not been her usual self. What would she do without me?

Micheline is now returning to her post. The arrangement is that she will discuss the moral in one post and will provide additional information in a separate post. I explained that she may run out of pictures, but this does not appear to be the case.

I am a pure-bred chartreux and, as we will see, a celebrated cat, but Micheline does not take me to shows. The two of us stick to a humble lifestyle. She says class is irrelevant. After all, she is, on her maternal grandmother’s side, a descendant of Alix de France, one of Eleanor of Aquitaine‘s (1122 or 1124 – 1 April 1204) two daughters by King Louis VII.

During the years she spent in Nova Scotia, she didn’t know this and knowing has not improved her life. She cannot play a musical instrument in this apartment and selling it, the apartment that is, would not buy her a little house or a townhouse however humble.

There is one poem Micheline loves: Heureux qui, comme Ulysse, a fait un beau voyage,… (Happy is he who, like Ulysses, has gone on a beautiful trip,…).  Du Bellay was in Rome, but missed la doulceur angevine, gentle Anjou.

Despite lineage, no great author has made Micheline into a celebrity. But Joachim du Bellay eulogized his cat Belaud, one of my ancestors: Sur la mort de Belaud. I don’t think anyone will eulogize Micheline, not even me, except modestly, if I’m still alive. Public speaking scares me.