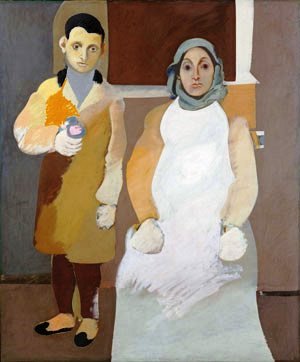 Armenian-American Arshile Gorky’s mother died of starvation. He committed suicide at the age of 44.

(I removed the video showing Armenian women crucified or impaled by a sword. This video is on YouTube under Armenian Genocide.)

Armenians lived in Anatolia (most of today’s Turkey), in the Ottoman Empire, of which there remains modern Turkey with Ankara as its capital. Constantinople was renamed Istanbul in 1928, after the Turkish War of Independence (1917-1923). The Turks had become Muslims in the years and centuries that followed the fall of Constantinople or defeat of the Byzantine Empire, in 1453. So the Armenians, Orthodox Christians, fell to an ideology which, in their case, is called Pan-Islamism: Muslims only. Such an ideology stems from the concept of nationalism, but it is nationalism carried to an extreme. Genocides occur for other reasons, but the aim in the genocide of Armenians was to eliminate Christian Orthodoxy in Anatolia or Turkey.

After Sultan Mehmed II defeated the Byzantine Empire, in 1453, he continued conquering Christian lands. However, the millet system protected the Eastern Orthodox Church and the Jews. Mehmed II the Conqueror advocated tolerance, which was no longer possible at the end of the 19th century, when nationalism flourished. Christian Armenians and other Christians were annihilated, almost.

Sultan Mehmed II and the Patriarch Gennadios II. Mehmed II allowed the Ecumenical Patriarchate to remain active after the fall of Constantinople in 1453. (Caption and photo credit: Wikipedia)

The Congress of Vienna and Nationalism

Nationalism grew into a dominant ideology in the aftermath of the Congress of Vienna (1815) when the Great Powers negotiated the fate of France after the French Revolutionary Wars and the Napoleonic Wars. (See Congress of Vienna, Wikipedia.) During the Congress of Vienna, the Great Powers carved up Europe and did so quite arbitrarily, trivializing smaller countries. These were pawns. This kind of high-handedness prefigures the Sykes-Picot Agreement of 1916. (See Treaty of London, Wikipedia.) Britain’s Mark Sykes and France’s François Georges-Picot partitioned the Ottoman Empire before its defeat. The Allied Powers and their associates expected to defeat the Central Powers. Turkey was a Central Power. It was defeated and Constantinople, occupied.

The Allied Powers and the Central Powers (Photo credit: Wikipedia)

Nationalism is normal. One is proud when a fellow citizen wins an Olympic medal, or is awarded a Nobel Prize. During the 19th century, Italian city-states unified. One of the founders of a unified Italy and the leading figure in Italian unification, the Risorgimento, is Giuseppe Garibaldi (4 July 1807 in Nice – 2 June 1882 on Caprera). Garibaldi was a giant. The many German states were also unified in the 19th century under the leadership of Otto von Bismarck (1 April 1815 – 30 July 1898), a Prussian.

But nationalism ceases to be acceptable when it advocates nativism or Muslims only, Jews only, Christians only, thereby fostering rampant racism or dictating ethnic cleansing, the very worst. The Armenian Genocide was ethnic cleansing. (See List of ethnic cleansings, Wikipedia.) A purer Islam could not share its territory with Christian Armenians. In fact, Armenia had been the first Christian Nation, in 301 CE, a date that precedes the First Council of Nicaea, held in 325 CE, when Roman Emperor Constantine I founded the Christian Church as an institution. Byzantium was renamed Constantinople.

However, although the Ottoman Empire perished, Turkey survived and, by extension, so did the Ottomans, but not as an empire. The Ottoman Empire had been defeated at the conclusion of World War I, but the Turkish War of Independence (19 May 1919 – 24 July 1923) followed World War I and the Turks were victorious. The Turks were Muslims. Consequently, despite the fall of the Ottoman Empire, there is a sense in which the Ottoman Empire did not die altogether. However, other countries, Arab and/or Muslim countries, were partitioned by the signatories of the Sykes-Picot Agreement of 1916, or Triple Entente. We know about the French and British protectorates, such as mandatory Palestine.

The persecution of Armenians began before the Genocide which took place between 1915 and the end of the Turkish War of Independence. Pan-Islamism could have led to the persecution of another ethnic or religious group, such as the Jews, but Christians were targeted.

Ironically, Theodor Herzl, the founder of Zionism, applauded when Sultan Abdul Hamid II (21 September 1842 – 10 February 1918) expressed a wish to eradicate Armenians and sought the support of the Jews.

The massacre of Armenians was not Mr Herzl’s real intention. Zionists wanted to create a Jewish state, Jews only. “Herzl acknowledged that the arrangement with the Abdul Hamid was temporary and his services were in exchange for bringing about a more favorable Ottoman attitude toward Zionism. ‘Under no circumstances,’ he wrote, ‘are the Armenians to learn that we want to use them in order to erect a Jewish state.’” (See Hamidian Massacres, Wikipedia.)

Later, the idea of a purer nation, Aryans only, inspired Adolf Hitler and his Nazis. The result was the Holocaust, the death, in gas chambers especially, of 6 million Jews, perhaps the worst genocide ever after the genocide of Amerindians and Africans. The Armenian Genocide followed other massacres and foreshadowed the Holocaust.

As we have seen, under the Balfour Declaration (1917), the British favoured a national homeland for the Jewish population and that national homeland would be in Palestine. Such was not the view of Zionists. They also wanted a purer Jewish homeland, a homeland inhabited by Jews only. The creation of Israel (14 May 1948) led to a war and to the exodus of Palestinians. It has yet to end. (See 1948 Palestinian Exodus, Wikipedia.) 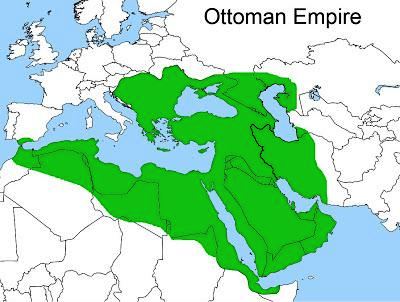 Ottoman Empire at its zenith

Under Abdul Hamid II, the Hamidian massacres, the worst massacre of Armenian and Assyrian people were the Massacres of Diyarbakir (1895). Some 25,000 Christians were killed brutally.

As countries conquered by the Ottomans, Greece (Greek War of Independence), Bulgaria, etc. fought for their independence, there were other massacres. These were merciless. One of the worst massacres was the Batak Massacre of Bulgarians which took place in 1876 at the beginning of the April Uprising. I have mentioned the Batak Massacre in an earlier post. Bulgarians were the victims of Bashi-Basouk, irregulars or mercenaries in the Ottoman Army. The image below, by Russian artist Konstantin Makovsky (20 June 1839 —17 September 1915), shows Bashi-Basouk enjoying the spoils of war. 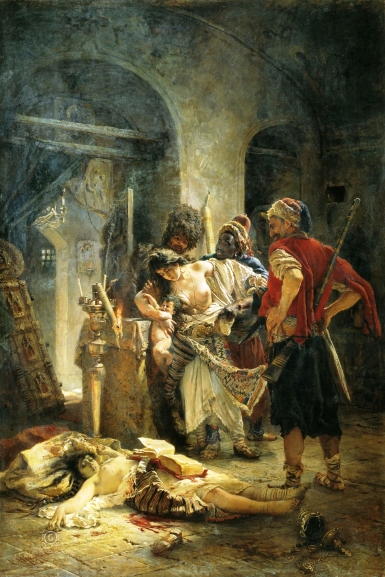 Armenia: once a kingdom

A Kingdom of Armenia (antiquity) had existed between 321 BCE and 428 CE. At its apex, under king Tigranes the Great, its territory consisted of Turkey, Iran, Syria and Lebanon. It fell under Rome’s sphere of influence at the Battle of Tigranocerta, in 66 BCE. As of 66 BCE, the story of Armenians is intertwined with that of the Roman Empire and the Byzantine Empire. It came under Ottoman rule in 1453, when Mehmed II defeated the Byzantine Empire. Greek scholars fled to Italy, inaugurating the Renaissance, but other Orthodox Christians were less fortunate.

In short, the Armenians fell to a faith and state ideology, which is the ideology underlying ISIL’s enslavement, rape, underage marriages, forced pregnancies, torture, and the worst of deaths. Syrians and Iraqis try to find safe towns in the Middle and Near East. Many have fled to Turkey, but they’ve nowhere to go. Faith and state is also the ideology of Saudi Arabia.

As for Israel, Netanyahu is building walls to protect Israel from Palestinians and is encouraging all Jews to settle in their “promised land,” Israel: faith and state.