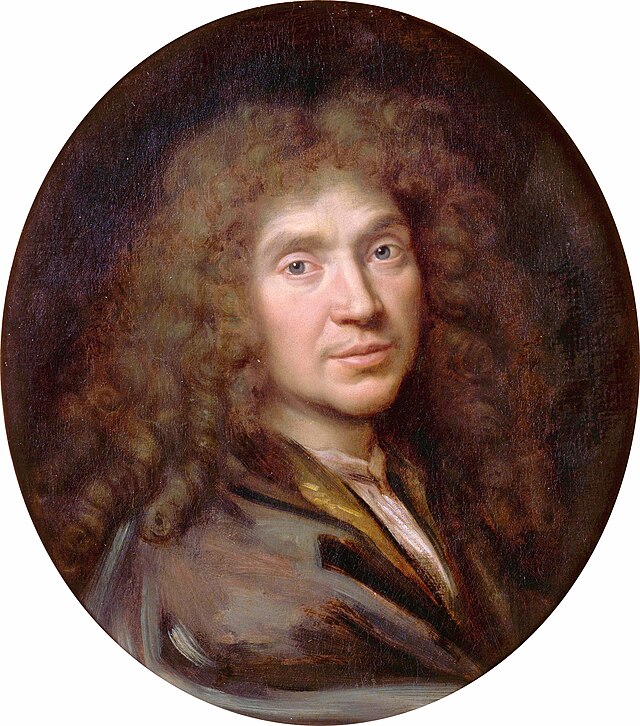 My doctor asked me to take one Aspirin tablet every morning, to avoid a cardiovascular accident. It was prescribed medication. However, I suffer from a very mild form of haemophilia, so I haemorrhaged. It happened during the night, when I was sound asleep. I did not notice I had bled until morning, when I saw dry blood on the bedclothes, all around my mouth, my teeth, my hands, my night gown. What a mess!

So, I stayed put for a few days.

Les Femmes savantes (1672) is hilarious, but there are comments that could lead one to think that Molière was a misogynist. He wasn’t, but he featured pedants and women who opposed marriage, sexual intercourse, especially. The laws governing comedies demand a marriage, i.e. the perpetuation of life.

Molière features characters who cannot steer a middle-ground (called modération [restraint]) and threaten the marriage of comedy’s young lovers. Les Femmes savantes has affinities with Les Précieuses ridicules (1659). Magdelon and Cathos are blinded by their wish to open a salon. They cannot tell that Mascarille and Jodelet are valets to La Grange and Du Croisy, fine young men they have rejected.

Henriette’s mother, Philaminte, her sister Armande and aunt, Bélise, are blinded not so much by genuine knowledge, but by pedantry. They want Henriette to marry Trissotin (sot means fool or idiot, and tri suggests trinity [three]). As for Henriette’s father, Chrysalde, although he wishes his daughter to marry Clitandre, he does as his wife dictates. Philaminte runs their household, their ménage.

The dramatis personæ will be given in my next post.