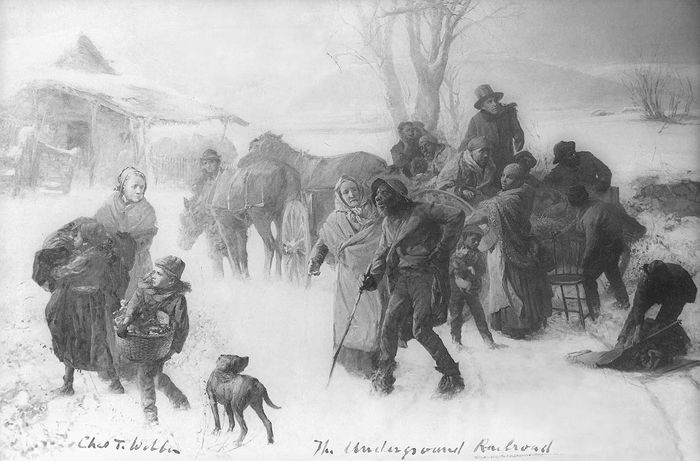 From enslavement to an elusive freedom

After posting my article on Harriet Tubman, something was gnawing at me. Once freed, slaves were not free. Those who could make it to Canada had a chance, but the others would live under the yoke of racism, genuinely systemic racism: the Ku Klux Klan lynched the Blacks. They were segregated: apartheid. They could not find employment. They were extremely poor. Those who were captured after the Fugitive Slave Act of 1850 was passed were tried without the benefit of a jury. Finally, there was growing resentment in the Northern states. Southerners had the money to pursue the Blacks. In free-slave Northern states, there were no large plantations operated by an army of slaves, and, therefore, no wealthy plantation owners. Was this a conspiracy? The inhabitants of Southern states were richer than Americans who lived in Northern States. Therefore, slaves had to journey all the way to Canada:

The upshot was that distant Canada became the only truly safe destination for fugitive slaves. [1]

Just imagine the flight. Slaves traveled by night, all the way to Canada. It was a long and perilous journey. John Graves Simcoe did not have as brilliant a career as he wished, but he secured a very fine place for himself in the annals of history. He and his legislative assembly passed the Act Against Slavery on 9th July 1793. 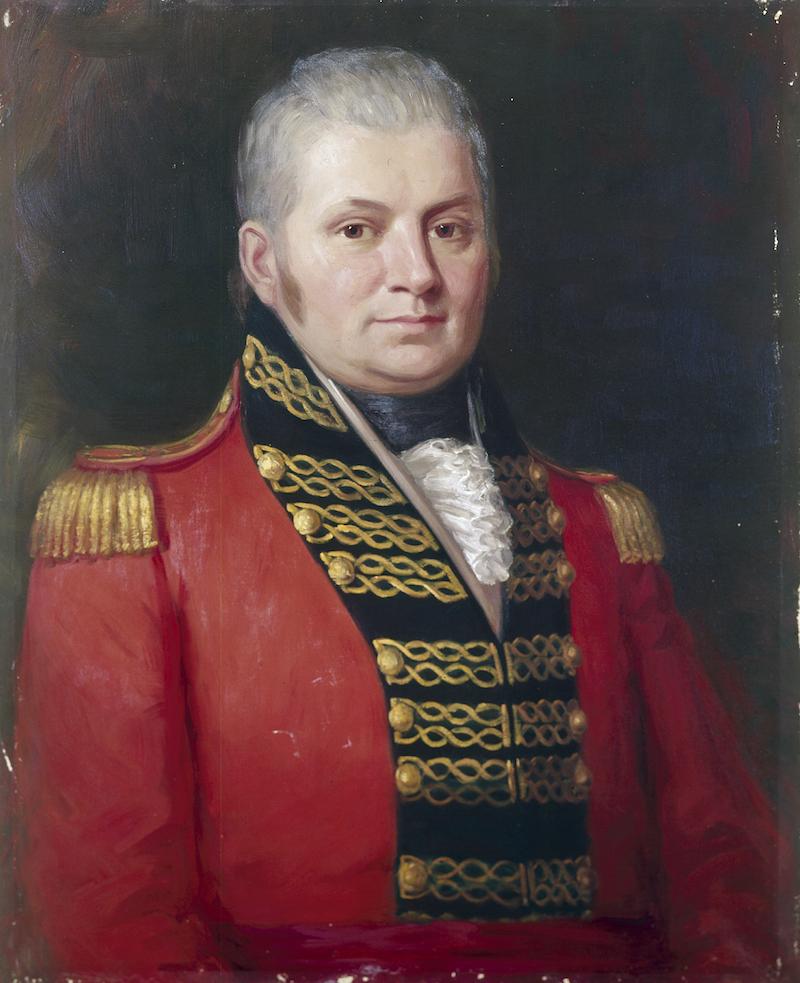 Lower Canada and the Maritimes

Conditions in Lower Canada eased walking out of slavery:

“A precedent-setting case came before the courts in Lower Canada in February 1798. An enslaved woman named Charlotte was arrested in Montréal after leaving her mistress and refusing to return to her. She was brought before Chief Justice James Monk, who released her based on a technicality. British law stated that enslaved persons could only be detained in houses of correction, not in common jails. Since no houses of correction existed in Montréal, Monk decided that Charlotte could not be detained. The following month, another enslaved woman named Jude was freed by Monk on the same grounds. Monk asserted in his ruling that he would apply that interpretation of the law to all future cases.”
(See Black Enslavement in Canada, The Canadian Encyclopedia.)

The Canadian Encyclopedia also indicates that circumstances were even more favorable in the Maritime Provinces, which cannot translate into an easy life in Canada, but freedom. In short, there were no large plantations in Canada. The economy of Canada did not depend on a huge labour force. The same is true of the economy of Northern states. Economy is a chief factor in slavery.  In fact, citizens of the Northern states resented the Fugitive Slave Act of 1850. Wealth bestowed power on the Southern states. And it was all about sugar. The French chose, reluctantly, to let go of Nouvelle-France because Guadeloupe and Martinique had sugar. I am inserted a video on the history of slavery. 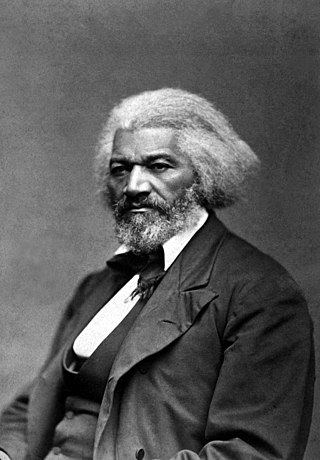 The words above summarize Frederick Douglass’ undertaking once out of bondage. First, it should be noted that Frederick may have been his master’s child. I could be mistaken, but it was not uncommon for slave owners to have sexual relationships with slaves. In fact, female slaves were frequently raped, which was one of the worst plights of enslavement. Yet, there were relationships. Thomas Jefferson, a future president of the United States and the writer of the Declaration of Independence (4th July 1776), had a relationship with Sally Hemings. As for Frederick Douglass, he discovered that his mother, a Black slave, could read and write. How had she become literate? One suspects Frederick Douglass’ mother had a relationship with a white slave-owner. Not only did Frederick have White ancestry, but he also had Indigenous ancestry. Yet, he was born into slavery in Maryland and married a freed slave, which is how he escaped. He took a train wearing a sailor’s uniform, provided by his wife, Anne Murray-Douglass.

Frederick’s story differs from that of other slaves. Not only was he born to a White father, but he was taught how to read by a master’s wife, Lucretia Auld. Lucretia was not his father’s wife and she stopped teaching Frederick how to read when she realized that slavery and literacy were not compatible. Literacy is empowering. Unless a thought is wrapped into words, it cannot be expressed. The Jesuit missionaries to New France had to invent and teach Amerindians words expressing concepts. Lucretia stopped teaching Frederick, but he knew enough to continue on his own, and literacy would earn him notoriety and financial autonomy.

Frederick Douglass was elected into office almost unknowingly and moved his family from New York to Washington. Suffrage was his main cause. As well, he was invited to give speeches. To escape capture, he traveled to Europe where he did not face discrimination. Captives being brought on board a slave ship on the West Coast of Africa (Slave Coast), c1880. (Ann Ronan Pictures/Print Collector/Getty Images.) Diagram of a slave ship, depicting how humans were loaded to cross the Atlantic Ocean. (Getty Images)

The Emancipation Proclamation (22 September 1862; 1st January 1863) was incomplete. It required clarification and further legislation, but it had put an end to slavery in the United States.

Frederick Douglass regretted that Abraham Lincoln’s Emancipation Proclamation  did not include the right to vote. Five former slaves equalled three former slaves, which was less than equal. When the abolition of slavery divides a country, one fears signing so categorical an executive order as the Emancipation Proclamation. The country was at war with itself. Abraham Lincoln did not include the right to vote. It would be for others to do so. Frederick angered his friend William Lloyd Garrison because he agreed with Lysander Spooner’s “The Unconstitutionality of Slavery.” Frederick Douglass believed that the Constitution should be used as an instrument in the fight against slavery. The Constitution was not necessarily a lie. It was a goal, but a difficult goal to attain, as it would impoverished the South.

Frederick Douglass seldom led slaves out of a plantation, but he worked unremittingly at ensuring former Black slaves enjoyed the same rights as the Whites once they had left enslavement. He prefigures the great civil rights activists, those who would lose their life because they had a dream that has yet to come true. It is now for us to make sure that all men are created equal.

Love to everyone  💕
Douglass’ biography (video)

A history of slavery (video)

I have read several articles about Mr Trump and my opinion remains unchanged. In fact, I believe he may jeopardize the safety of I do not understand that the Republicans chose him as their nominee to the office of President of the United States.

However, Republicans have started to distance themselves from Mr Trump because of his avowed intention to prevent not only Muslims, but Mexicans and people originating from Latin-American countries, from entering the United States.

Although Mr Trump has lost the support of some key members of the Republican party, he remains defiant. He will finance his way to the Presidency. But will the citizens of the United States vote for a man who does not represent a party?

The Atlantic Monthly published a series of articles on Mr Trump, one of which is about his mind. I am a little wary of such articles, but do believe that Mr Trump’s manners and language preclude his being considered an appropriate candidate to the office of President of the United States. As we say in Quebec, Donald Trump n’est pas sortable (he’s not fit to be seen). It may therefore be difficult for those Republicans who have turned their back on him to adopt a new stance.

“Everyone is entitled to all the rights and freedoms set forth in this Declaration, without distinction of any kind, such as race, colour, sex, language, religion, political or other opinion, national or social origin, property, birth or other status.”
See Discrimination, Wikipedia.)

The good news is that Mr Trump now agrees with President Obama “for watch list gun ban.” Wayne LaPierre of the National Rifle Association disagrees, but the fact remains that one cannot shoot without a gun and that arming people will not address the problem of terrorism. Omar Mateen had access to a powerful weapon and several guns.

The Second Amendment lost its validity the moment the United States had a militia. However, if one enjoys marksmanship, there are facilities where such individuals may  engage in their sport. Marksmen and women will not hurt anyone if their weapon is kept in a secure area. Sadly, some gun owners do not put their weapon(s) away from the reach of children which has caused siblings to shoot a sister or a brother. Children may think the gun is a toy.

Walking down the street carrying a gun can also lead to tragedies. For instance, the police may at times pull the trigger too quickly because of fear of being shot. It would be my opinion that endangering the life of innocent people is a breach of the social contract and that it negates the Second Amendment.

The Pulse was a club where L.G.B.T. (lesbian, gay, bisexual, and trans) socialized as is their right. Discriminating against people on the basis of sexual orientation seems extremely narrow-minded. As a WordPress colleague pointed out to me, people of different sexual orientation have a right to Life, Liberty and the pursuit of Happiness.

I agree fully. Gays deserve the same respect as other law-abiding members of society, which includes gathering on a Saturday evening to socialize and relax. No one was creating a disturbance at the Pulse. I encourage you to read Half-man of Orlando  (colltales.com). Virginia Woolf wrote Orlando (1928).

As stated in an earlier post, although Mr Mateen claimed allegiance to the Islamic State, it does not appear he was directed to kill for Isil. However, as he was in the process of murdering people, he did tell the police that the United States should “stop bombing” Syria and Iraq. The Obama administration considers the Orlando massacre a crime of terror and hate, and it will welcome more Muslim refugees. The refugees are the victims of Islamic fundamentalism and rigid autocracies.

Americans are divided with respect to the role they should play in the Middle East, but in the end, it will be, and should be, for the Middle East to determine its fate.

In short, the Orlando Massacre has so many facets and it raises so many issues that it may well be one of the most significant events in recent history.