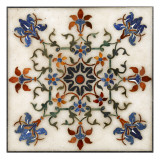 Let me return to a quotation I borrowed from Marcus Aurelius in an earlier blog entitled “Those who came back.”  I had stated that in his Meditations, Roman Emperor and philosopher Marcus Aurelius (121-180 CE) had written: “To stand up – or to be set up?” (7:1).

Well, this morning, on Radio-Canada, the French-language CBC, I heard that the US has to deal with offensive statements on the part of Iranian leader Mahmoud Ahmadinejad.  President Ahmadinejad is suggesting that the US itself, not Al-Qaeda, flew planes into the World Trade Centre, etc.

Yes, there are occasions when one is “set up.”  The persons attacked are made to look as though they were attacked by an outside party when, in fact, they have been attacked by themselves.  In the case of the 9/11 attacks, the attacker was Al-Qaeda and the attacked, innocent American citizens.  So I believe that President Ahmadinejad is a dangerous lunatic.

The United States does have an enemy within.  For instance, it would appear that, to a significant extent, the Tea Party is obstructionistic.  It creates obstacles that make it extremely difficult for the current administration to carry out its duties.

But in the case of the 9/11 attacks, the United States was the victim of Al-Qaeda.  It was not its own victim.  In other words, Al-Qaeda provoked the US causing the US to engage in two ruinous wars.  But in no way would the US order American pilots to fly planes into New York’s World Trade Centre Towers, into the Pentagon and, possibly, into another iconic monument, had it not been for the courage of the passengers of flight 93.

And now Ahmadinejad is drumming up attention by having the US play agent provocateur in its own demise, when the truth is that real agent provocateur Admadinejad.  Isn’t that a dirty game?  Could it be that Iranian President Ahmadinejad expects retaliative action on the part of the US?  Ahmadinejad is not Bin Laden, the leader of a major terrorist organisation, but he is an insufferable trouble-maker.

What does one do?

Occasionally, one must retaliate, but, at other times, one’s best retaliation is no retaliation.  In my opinion, the US should deny Ahmadinejab’s allegations and, once it has done so, rally and rebuild, putting people to work.

Last night, I watched a WordPress video on the capture of Bin Laden.  The Navy Seals acted as one man when they killed Bin Laden.  It was a superbly choreographed event.  Not that I endorse killing others, but that the World had to deal with a rotten apple to avoid further mischief.

It would be lovely to see Washington act in as unified a manner.

I have just received a Metropolitan Museum Holiday catalogue.  I was please to see that the current issue featured an East meets West collection and, by extension, a West meets East collection.  The Curator of the Islamic Art’s Department is Navina Najat Haidar.

Let us hope for greater solidarity among the inhabitants of planet Earth.