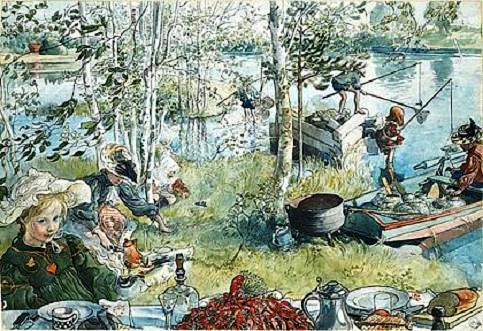 It is the last day in July.  Some of you enjoyed Ett Hem, so I thought I would close the month by sending you pictures that belong to Carl Larsson’s Ett Hem collection.

The picture featured above is entitled Crayfishing (1897) and the picture to your left, October (1883).

Carl Larsson had been influenced by the Barbizon painters plein air (out in the open) school.  Both these pictures depict life outdoors.