The Fathers of Confederation

First, as we have seen in earlier posts, when Canada grew westward, the White population settled on land they had appropriated from Amerindians on the basis of “conquest,” a disgraceful leftover from the “age of discovery.” Moreover, as we have also seen in earlier posts, Rupert’s Land, which Canada bought from the Hudson’s Bay Company, did not include settled land, such as the Red River Settlement, bought by the Earl of Selkirk, and lands inhabited by Amerindians.

As for Quebec, it seems it was drawn into a Confederation that also excluded it. John A. Macdonald was an Orangeman, a fraternity that was inimical to Catholics and the French. The people of Quebec could not be educated in French outside Quebec. Waves of immigrants arrived who would live in provinces other than Quebec and be educated in English. We have already discussed the school question.

This situation prevailed until Lester B. Pearson, a Nobel Laureate and the Prime Minister of Canada, established the Royal Commission on Bilingualism and Biculturalism to investigate language grievances. Co-chairing the commission were Davidson Hunton and André Laurendeau. André Laurendeau died of an aneurysm on 1st June 1968. The work of the Commission culminated in the Official Languages Act which passed into law in 1969, a year after Pierre Elliott Trudeau was elected Prime Minister of Canada. (See Royal Commission on Bilingualism and Biculturalism, wiki2.org.)

However, recognition occurred 102 years after Confederation (1867) when English had become the language spoken outside Quebec. The French had been in North America since 1534.

In short, what of such concepts as nationhood and the rights afforded conquerors and, first and foremost, what of Canada’s Confederation? If Confederation demanded that the children of Francophones be educated in English, outside Quebec, their children were likely to be Anglophones. So, what of Quebec nationalism. Separatism is usually associated with Quebecers, but it isn’t altogether québécois. Not if the children of French Canadians had to be educated in English outside Quebec and not if immigrants to Canada were sent to English-speaking communities.

Sir George-Étienne Cartier was pleased that Quebec would remain Quebec. The population of Quebec would retain its “code civil,” its language, its religion, and its culture while belonging to a strong partnership. He may have been afraid.

However, Canada has a new constitution, the Constitution Act of 1982, which Quebec has not signed. 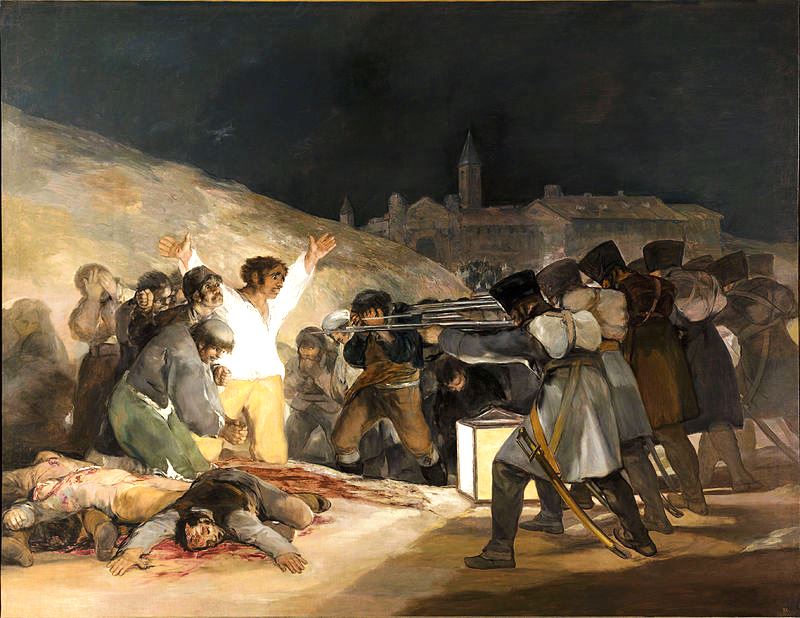 Saudi Arabia has condemned last week’s Paris massacre, but it is authorizing the probable murder of Raif Badawi who ran a blog named: Free Saudi Liberals. Mr Badawi was originally sentenced to 7 years in prison and 600 lashes (2013). Following an appeal (2014), Mr Badawi’s sentence was increased to a 10-year prison term, a fine of approximately $266,000 and 1,000 lashes (flagellation) to be inflicted weekly for a period of 20 weeks. Mr Badawi is unlikely to survive.

According to Dr Marc Dauphin (Sherbrooke, Quebec), 1,000 lashes will probably kill Raif Badawi. An infection could set in or there could be some other medical problem leading to death. Raif Badawi was flogged last Friday, 9 January, and is scheduled to be flogged a second time on Friday 16, 2015. (Luc Larochelle, La Tribune, 13 January 2015, p. 2.) After a week, his wounds will still be fresh.

“In the Napoleonic Wars, the maximum number of lashes that could be inflicted on soldiers in the British Army reached 1,200. This many lashes could permanently disable or kill a man.” (See Flagellation Wikipedia.)

Flagellation is torture, a violation of l’ONU/ the UN’s Universal Declaration of Human Rights. It is also a violation of International Law. On that basis, torture should not be tolerated.

Moreover, if flogging Mr Badawi at the rate of 50 lashes over a 20-week period is likely to cause his death, his sentence is a miscarriage of justice.

Raif Badawi has not been sentenced to death, so his life should not be threatened by virtue of his sentence.

The Right to a Fair Trial

In a first trial, 2013, Mr Badawi was sentenced to 7 years of imprisonment and 600 lashes. When he appealed, he received a harsher sentence. May I repeat that under l’ONU, the UN’s Universal Declaration of Human Rights, Mr Badawi has/ had a right to a fair trial.

Last week, people all over the world carried signs that read “Je suis Charlie.” The current slogan in Sherbrooke, Quebec and elsewhere is: “Je suis Raif” (I am Raif). Sherbrooke, Canada is mobilised and mobilisation is spreading. Protest must spread as quickly as possible so Mr Badawi is spared the flogging session scheduled for 16 January 2015. I hope he will be joining his wife and three children a few days from now. Protest is most effective when worded in polite language. There is no absolute free speech.

Mr Badawi is protected under l’ONU/ the United Nations’ Universal Declaration of Human Rights. As noted above, torture is also prohibited by International Law.

I would prefer to ask that Mr Badawi be freed because he is a fellow human being. Twenty human lives were taken in Paris last week. Those lives were precious and so is Mr Badawi’s. To his wife and children, he is everything. In both cases, Paris and Jedda, the crime was speaking out: legitimate freedom of speech was attacked.

In the video inserted below, we see the paintings and prints by Francisco Goya (1746–1828). According to a French video, a news cast, Goya was the first photo-journalist. He could also be described as one of many generations of war artists. He “covered” the atrocities committed in Spain by Napoléon’s grande armée. There is a more relevant video, but I can’t locate it.

Goya had been painting portraits (retratos) of members of ruling families. But at the age of 63, he started to paint and engrave Los Desastres de la Guerra (the Disasters of War).

The flogging of Raif Badawi can be stopped. We cannot use language to defame, libel, incite to violence, etc. But free speech is otherwise a human right. (See Freedom of Speech, Wikipedia). Someone should speak to King Abdullah. He is a human being and, in theory, endowed with reason.

No, I did not see any video on Francisco Goya before choosing the image featured at the top of my last post, 12 January 2015, and the top of this post. It’s a coincidence. 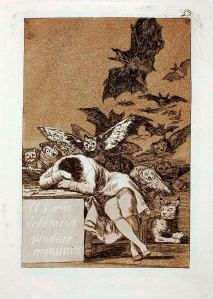