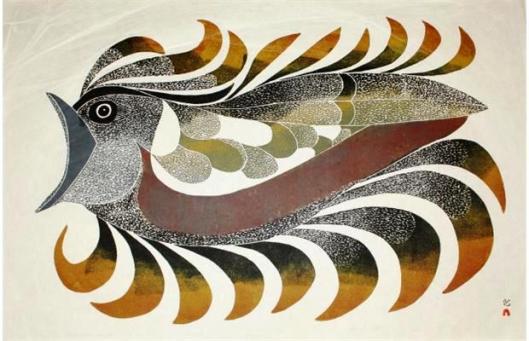 In the land of endless days

(Documentary on the Inuit of Baffin Island. On the island of Alukseevee, Tununermiut Inuit take advantage of a brief summer to prepare their supplies for the long winter ahead. They hunt for seals, as well as narwhals (le narval; FR) and beluga whales (le béluga). We meet a hunter in whose family every one has a role to play.)

Narwhals have a long tusk. As for seals, in French, they are called phoques (pronounced ‘fuck’). Using that word in an English-speaking environment can be somewhat dangerous. My sister and I shocked two ladies when we exclaimed: “Quels beaux phoques!” (What beautiful seals!) during a visit to Vancouver’s Stanley Park.

Kindest regards to everyone. ♥ 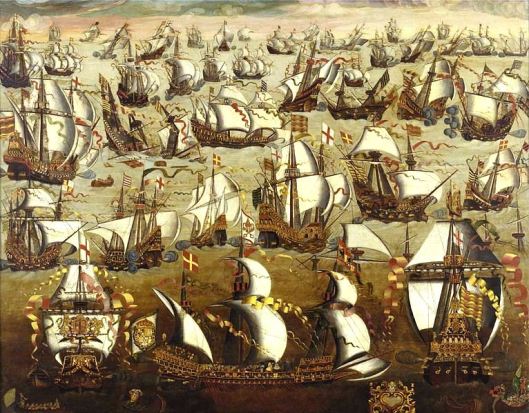 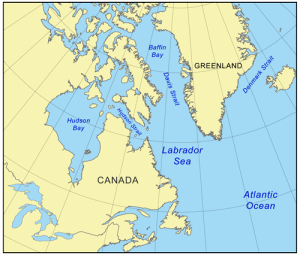 The map to the left helps us see where Martin Frobisher,[i] (b. 1539?; d. 1594) the men, now less than 400, and the thirteen ships, fifteen to begin with, spent the stormy summer of 1578.  To the right of the map, we see the Hudson Strait, a passage leading to the Hudson Bay.  Above is Baffin Island at the bottom of which we find a bay named after Martin Frobisher: Frobisher Bay.  During the third trip, in 1578, the men were on Kodlunarn Island, 500 miles (800 kilometers) off the northeastern shore of Frobisher Bay.

Martin Frobisher’s first trip to the Labrador Sea had been undertaken in 1576 when Frobisher was granted a licence at the request of Michael Lok of the Muscovy Company.  He was then in search of a northwest passage to India.  He lost the Michaell, the Gabriell‘s sister ship, but nevertheless discovered the inlet that bears his name.

During his first trip, Frobisher had found ore which he suspected was gold and, as promised, he gave to Michael Lok, his governor,  “the fyrst thinge that he founde in the new land.” (Alan Cooke, “Sir Martin Frobisher,” The Canadian Encyclopedia)  The ore was identified as marcasite by three assayers, but a fourth expert, Agnello, an Italian, found three tiny amounts of gold. 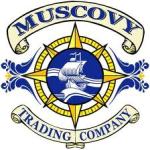 Consequently, Frobisher ceased to look for a northwest passage to India.  On 7 June 1577, the Ayde, the Gabrielle, and the Michaell  left Harwich with 120 men.  Ships and men went to the island from which the marcasite had been taken, a year earlier, but found little.  Frobisher moved to another island in his “strait” for mining.  Five miners and other members of the expedition loaded the Ayde with about 200 tons of ore.

The 1578 expedition was also launched for the purpose of finding gold.  Frobisher had fifteen ships.  But this sad story has been told.  (See Related Article below)  Martin Frobisher’s third trip had been a very expensive venture that brought a degree of shame on the leader of the expedition, except that Frobisher may well have traveled to the Hudson Strait which led to the Hudson Bay. 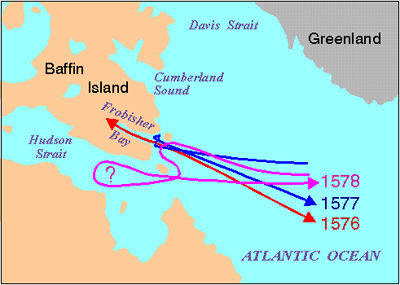 The Hudson Strait, was not officially discovered until Henry Hudson’s ill-fated expedition of 1611.  A munitous crew “forced Hudson, his son and 7 others into a small shallot and cut it adrift[.]” (James Marsh, “Henry Hudson,” The Canadian Encyclopedia).[ii]   Martin Frobisher had discovered Frobisher Bay, a relatively large inlet of the Labrador Sea which he had explored all the way to its harbor.  However, although the Hudson Strait is named after Henry Hudson, it appears it was also explored, albeit inadvertently, by Martin Frobisher.

A quarter of a century elapsed before George Waymouth, in 1602, and Henry Hudson, in 1610, demonstrated that the “mistaken straytes” led not into the South or West Sea, as Frobisher believed, but into the inland sea now called Hudson Bay.[iii]

Consequently, about a century later, when Pierre-Esprit Radisson (b in France 1636; d at London, Eng June 1710) and his brother-in-law, Médart Chouard des Groseilliers (b in France 31 July 1618; d at New France 1696?) discovered the Hudson Bay by land, from the south, they knew there was a northern sea entrance, to “the sea to the north.”  Both Frobisher, unofficially, and Henry Hudson, officially, had chartered that territory.  Fur was North America’s gold.  Therefore, ironically, Sir Martin discovered gold.

When Radisson and Groseilliers filled one hundred canoes with precious pelts and left for the shores of the St Lawrence River, New France, their pelts were confiscated and our two explorers were treated like coureurs des bois.  Voyageurs worked for a licensed bourgeois.  They were hommes engagés, hired men.  As for coureurs des bois, they did not have a licence to travel along waterways and exchange mostly trinkets and, all too often, alcohol with Amerindians who supplied them with pelts.

Having been treated like criminals, Pierre-Esprit Radisson and Médard Chouard des Groseilliers traveled to England and told their story.  Prince Rupert listened and, as a result, when the Nonsuch returned to England, proving that Radisson’s proposed venture was “practical and profitable,” (“Pierre-Esprit Radisson,” The Canadian Encyclopedia) the Hudson’s Bay Company was established.  It was incorporated by English royal chart on 2 May 1670 as The Governor and Company of Adventurers of England trading into Hudson’s Bay.

Frobisher, the Privateer and the Hero: the Spanish Armada

Frobisher’s apparent demise, in 1578, put an end to his attempts to find a northwest passage to India. But he became one of Elizabeth’s trusted Sea Dogs or privateers: Sir John Hawkins, Sir Francis Drake, Sir Walter Raleigh and Sir Martin himself.  Unlike pirates, privateers pursued an enemy to the Crown and were therefore in possession of a licence, as were the voyageurs and their employers.

In 1585, Sir Francis Drake (1545- 1596), with Frobisher as vice-admiral, led a privateering expedition of 25 vessels to the West Indies. The bounty Sir Martin Frobisher made working alongside Sir Francis Drake allowed him to repay the money lost in the pursuit of ore that glittered but was not gold. Reports differ. Frobisher may have been knighted at this point, but I would suspect he was knighted because he was one of the seamen who repelled the Spanish Armada in 1588.

In 1591, Sir Martin Frobisher married Dorothy Wentworth (1543 – 3 January 1601), a daughter of Thomas Wentworth, 1st Baron Wentworth.  However, a year later, he was again at sea having taken charge of the fleet “fitted out” by Sir Walter Raleigh to the Spanish coast.  He returned with a generous bounty.  In 1594, Frobisher died, in England, of a gunshot wound inflicted at the Siege of Fort Crozon, in France.