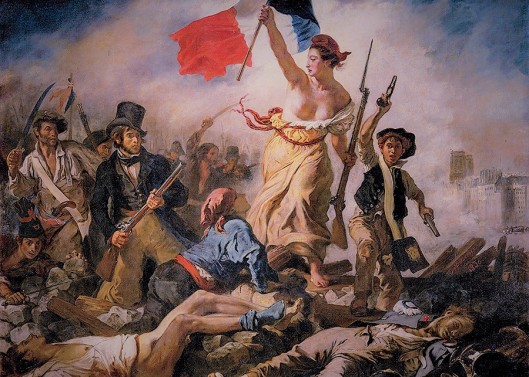 But let us first take a brief look at events, art, and life in 19th-century France.

We have already met le duc de Morny (15–16 September 1811, Switzerland – 10 March 1865, Paris). He transformed the talented and beautiful Marie Duplessis (15 January 1824 – 3 February 1847) into Paris’ most prominent salonnière and courtesan. At that time in history, many marriages were arranged. In the aristocracy, lineage was a priority. Consequently, men took a mistress. The duc de Morny was born to Hortense de Beauharnais (10 April 1783 – 5 October 1837) and Charles Maurice de Talleyrand-Périgord’s grandson. But Hortense, whose mother, Joséphine de Beauharnais, married Napoleon I, married Napoleon’s brother, Louis Bonaparte, king of Holland.

Part of Delacroix’s story was told in a post entitled Eugène Delacroix’s “Mandarin Drake” (5 June 2014). Delacroix is associated with Romanticism and therefore differs from Jacques-Louis David (30 August 1748 – 29 December 1825) who is presented to students of the fine arts for works such as his Oath of the Horatii, a painting in the neoclassical style. Yet David is also the artist who painted The Death of Marat (1793), a masterpiece one cannot easily subject to pigeonholing.

The Death of Marat (1793) by Jacques-Louis David (Photo credit: Wikipedia)

Jean-Auguste-Dominique Ingres (29 August 1780 – 14 January 1867) is also a very prominent painter. His Grande Odalisque (1814) is magnificent, despite its share of Orientalism:  Art is Art.

Between 1792 and 1871, France was a Republic, twice; a Monarchy, twice; an Empire, twice, and it suffered a Second French Revolution, which took place in 1848. The 1848 French Revolution echoed various uprisings occurring in several European countries, some rooted in decisions made at the Congress of Vienna (November 1814 to June 1815), which ended the Napoleonic Wars, others reflecting national disasters, such as the Greek War of Independence. The Greek War of Independence inspired Delacroix, and Lord Byron (2 January 1788 – 19 April 1824). Lord Byron had in fact, become a militant who died of a fever he contracted at Missolonghi.

The Immaculate Conception by Giovanni Battista Tiepolo, painted between 1767 and 1768 (Photo credit: Wikipedia)

The Faerie Queene is an incomplete epic poem written by Edmund Spenser (1552/1553 – 13 January 1599), and first published in 1590. Spencer was born in London, but he was acquainted with Irish Faerie mythology. Faeries are legendary and mostly composite figures. In Beast Literature, these figures are referred to as les hybrides or zoomorphic. The image above, by Giovanni Battista Tiepolo (5 March 1696 – 27 March  1770), features a zoomorphic serpent and putti (little angels), composite figures.

During the Middle Ages, readers loved books about the lives of saints and particularly martyrs: hagiographies and martyrologies. The early and Orthodox Church had catalogues instead of hagiographies. These were: the menaion, the synaxarion and paterikon. As for the Western Church, its most successful hagiography was Jacques de Voragine’s Golden Legend. The faithful enjoyed stories of miracles just as children love fairy tales. A belief in magic and miracles can save one from despair. The same is true of Faith and Hope, two of the theological virtues.

The theological virtues are: Faith, Hope, and Charity. As of the Carolingian Middle Ages, the three theological virtues were associated with the Trivium, the years when students learned grammar, logic, and rhetoric. The four Cardinal virtues, prudence, justice, temperance, and courage, were associated with the Quadrivium when arithmetic, geometry, music and astronomy were taught. The subjects taught in the Trivium and the Quadrivium are the original Liberal Arts. Three (Trivium) and four (Quadrivium) are seven (7). There were/are seven virtues and seven deadly sins.

Virtue: Antiquity and the Church or Great Fathers

Would that current world leaders were familiar with the virtues, temperance, in particular. The Faerie Queene is about the virtues. Each Knight represents a virtue. Under a current leader, we need Faith, Hope, and Charity because he does not exercise the Cardinal virtues. To a certain extent, The Faerie Queene is rooted in Cortegiano’s The Book of the Courtier (1508-1528). 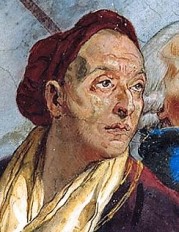