Molière and Lully’s Le Mariage forcé (The Forced Marriage), is a farce and a comédie-ballet, in prose. It was first performed on 29 January 1664 in the Queen Mother’s apartments, at the Louvre. On 15 February 1664, it was performed at the Théâtre du Palais-Royal, where it proved less popular. It closed after 12 performances. It was performed again on 12 May 1664 during festivities known as Les Plaisirs de l’Île enchantée, The Pleasures of the Enchanted Island. Louis XIV wanted to show Versailles at an early date. He had hired architect Louis Le Vau, landscape architect André le Nôtre, and the painter-decorator Charles Le Brun. These gentlemen had built Nicolas Fouquet‘s castle at Vaux-le-Vicomte. Molière’s La Princesse d’Élide and Tartuffe also premièred during Les Plaisirs de l’Île enchantée, on 8 May 1664. In its original form, The Forced Marriage was a three-act comédie-ballet, by Molière and Lully It did not use figures from a mythology in which it differed from earlier comédies-ballets. At Versailles, King Louis XIV and other aristocrats performed in the comedy. In 1664, Louis was very much in love with Louise de La Vallière who lived at Versailles, in the small castle used as a hunting-lodge by the very private Louis XIII.

Molière transformed Le Mariage forcé into a one-act play in 1668, which is Le Mariage forcé as we know it. However, it was reborn as a comédie-ballet in 1672. Lully having broken with Molière, the music was composed by Marc-Antoine Charpentier.

In his Preface to the Forced Marriage, Henri van Laun provides information concerning the posterity of the play. Sganarelle is Sir Toby Doubtful in Love’s Contrivance, a play by Mrs. Carroll, born Susanna Centlivre (c. 1667–1670 – 1 December 1723).

How Panurge asketh counsel of Pantagruel whether he should marry, yea, or no.

Affinities between Molière and Rabelais leap off the page, and so does Pantagruel’s advice to Panurge. Pantagruel urges Panurge not to marry, which is Géronimo’s initial response, until he learns that Sganarelle has obtained permission to marry Dorimène from Alcantor, her father. In the Third Book, Panurge has decided to marry, but revisits his decision. In Rabelais’ Third Book, Panurge also seeks the advice of Trouillogan, the model for Molière’s Marphurius, a Pyrrhonian philosopher, and a pedant. He prefigures The Learned Ladies, or Femmes savantes‘ Trissotin and Vadius. The mouton de Panurge is featured in the fourth of five books constituting Pantagruel and Gargantua. A mouton de Panurge, “describes an individual that will blindly follow others regardless of the consequences.” (See Panurge, Wiki2.org.) We cannot exclude Sganarelle.

Scene One of Le Mariage Forcé, Sganarelle, Molière’s mask, wants to know from his friend Géronimo whether he should marry. Sganarelle has already sought and obtained from Dorimène’s father, Alcantor, permission to marry Dorimène. Alcantor has agreed. In his mind, the mind of a pater familias, le Seigneur Sganarelle, a well-to-do 53-year-old gentleman, is a perfect match for his daughter.

However, Dorimène surprises us. One would expect her to oppose her tyrannical father, but she differs from other ingénues, forced to marry or be thrown in a convent. Young Dorimène is une mondaine who thinks a marriage to Sganarelle will allow her to escape her father. When she and Sganarelle meet in Scene II, she makes it clear that she wishes to be free. In fact, as we will see later, she has a lover, Lycaste, who cannot understand why she is marrying Sganarelle. She reassures Lycaste. Sganarelle is an older gentleman who has no more than six months “in his belly.” She wants to be a widow, the privileged women of 17th-century France. Widows were free to marry whom they pleased, or not to marry. Le Misanthrope‘s Célimène is a widow.

Yet, although arrangements are being made for Dorimène to marry Sganarelle that very day, Sganarelle would like to discuss marriage with his friend Géronimo, which should have happened earlier. When Géronimo learns that the bride-to-be is the lovely Dorimène and that she is not opposing Alcantor, her father, Géronimo has little left to do than exclaim:

The most amusing lines of Scene One are Sganarelle’s:

Outre la joie que j’aurai de posséder une belle femme, qui me fera mille caresses; qui me dorlotera, et me viendra frotter, lorsque je serai las; outre cette joie, dis-je, je considère, qu’en demeurant comme je suis, je laisse périr dans le monde la race [3] des Sganarelles; et qu’en me mariant, je pourrai me voir revivre en d’autres moi-mêmes… [4]
Sganarelle à Géronimo (Scene I, p. 8)
[Besides the pleasures I shall have in possessing a wife to fondle me when I am tired; besides this pleasure, I consider that, by remaining as I am, I suffer the race of the Sganarelles to become extinct ; whilst, by marrying, I may see myself reproduced, and shall have the joy of seeing children sprung from me…
Sganarelle to Géronimo (Scene Two, p.  226)

Matters change. Sganarelle believed he would own Dorimène:

Hé bien, ma belle, c’est maintenant que nous allons être heureux l’un et l’autre. Vous ne serez plus en droit de me rien refuser; …
Sganarelle à Dorimène (Scène II, pp. 9-10)
[Well, my dear, both of us are going to be happy now. You will no longer have a right to refuse me anything; and I can do with you just as I please, without any one being shocked. You will be mine from head to foot, and I shall be master of everything, of your little sparkling eyes, your little roguish nose, your tempting lips, your lovely ears, your pretty little chin, your little round breasts, your … ]
Sganarelle to Dorimène (Scene Four, pp. 227-228)

Dorimène, however, wants to escape her father’s tyranny and would not accept to marry a tyrannical Sganarelle. Two contrary discourses are juxtaposed. The second all be erases the first. Sganarelle realizes that he has made a mistake.

Tout à fait aise, je vous jure: car enfin la sévérité de mon père m’a tenue jusques ici dans une sujétion la plus fâcheuse du monde. Il y a je ne sais combien que j’enrage du peu de liberté, qu’il me donne; et j’ai cent fois souhaité qu’il me mariât, pour sortir promptement de la contrainte, où j’étais avec lui, et me voir en état de faire ce que je voudrai.
Dorimène à Sganarelle (Scene II, p. 10)
[Immensely glad, I assure you. For, indeed, my father’s severity has kept me hitherto in the most grievous subjection. I have been raging, I do not know how long, at the scanty liberty he allows me ; I have wished a hundred times that he would get me a husband, so that I might quickly escape from the durance in which I have been kept by him, and be able to do as I pleased.
Dorimène to Sganarelle (Scene Four, pp. 228-229)

In Scene Three (FR), Géronimo returns. He has found a jeweler who has a beautiful diamond for sale. Sganarelle is no longer so eager to marry. He would like to confide that he has had a dream:

Dreams are mentioned in Rabelais. 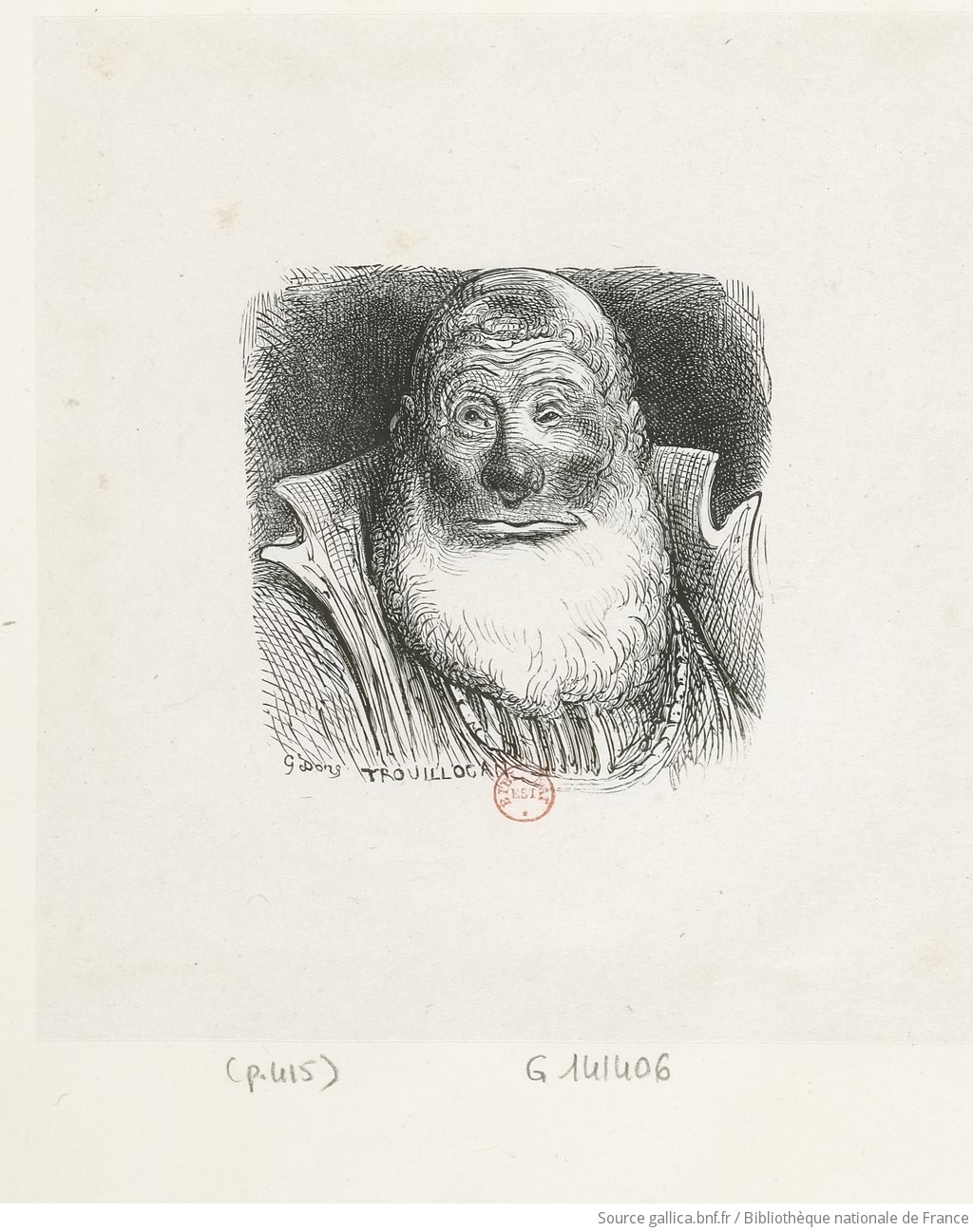 In Scene Three (FR), Géronimo returns. He has found a jeweller who has a beautiful diamond for sale. Sganarelle is no longer so eager to marry. He would like to confide that he has had a dream:

Géronimo is too busy, so he asks Sganarelle to speak to his neighbours: Pancrace, an Aristotelian philosopher and Marphurius, a Pyrrhonean philosoper. Sganarelle fears cuckolding. It so happens that Pancrace is also busy. He is wondering whether one should use the word “form” or “figure” concerning the shape of a hat. Moreover, Sganarelle pressures Pancrace a little. Pancrace nevertheless delays the process by asking Sganarelle which tongue he will use. Sganarelle says that he will use the tongue (la langue) in his mouth, but Pancrace means “language” (la langue). Matters deteriorate, so Sganarelle leaves.

So, as of “Zounds,” matters truly deteriorate. Sganarelle leaves. (I am not discussing the quotations in Latin.)

Sganarelle then visits another neighbour, a Pyrrhonian skeptic. This character reflects Sganarelle’s uncertainty and adds to his distress. Doubt has entered Sganarelle’s mind and matters will not improve. When Sganarelle says: “[I]t seems to me,” (il me semble que), Marphurius corrects him. “Me” expresses certainty, which is wrong.  “Nous devons douter de tout” (we must doubt everything), says Marphurius. Sganarelle is so frustrated that he ends up hitting Marphurius with a stick and speaks Marphurius’ language:

How the philosopher Trouillogan handleth the difficulty of marriage.

Sganarelle has entered a cul-de-sac.

Le Mariage Forcé was a comédie-ballet, with music by Jean-Baptiste Lully. Unlike other comédies-ballets, Le Mariage forcé did not use characters inhabiting mythologies. In Scene Twelve, Sganarelle asks three Égyptiennes (Gypsies) whether he will be cuckolded.

In Scene Twelve, Lycaste, who loves Dorimène, wonders why she is marrying Sganarelle. She reassures him. Not only will she be free, but she expects Sganarelle to die within a few months. She looks forward to widowhood. In 17th-century France, widowhood freed women who have married against their will.

Sganarelle has heard everything. Lycaste gets away as does Dom Juan. Dom Juan’s father, Dom Louis tell his son that “la naissance n’est rien où la vertu n’est pas,” IV. iv (Birth is nothing without virtue, IV. 4).  Dom Juan’s response is appalling. He invites his father to sit down so he will be more comfortable. Dom Louis is speechless. Lycaste’s obsequious response to Sganarelle, also leaves Sganarelle speechless. It is formulaic.

Lycaste then goes away, having silenced Sganarelle.

The remaining scenes feature Dorimène’s family. Alcantor will not allow Sganarelle to roll back his promise to marry Dorimène.

Vous vous êtes engagé avec moi, pour épouser ma fille; et tout est préparé pour cela. Mais puisque vous voulez retirer votre parole, je vais voir ce qu’il y a à faire; et vous aurez bientôt de mes nouvelles.
Alcantor à Sganarelle (Scene VIII, p. 28)
[You gave me your word that you would marry my daughter, and everything is prepared for the wedding; but since you wish to withdraw, I shall go and see what can be done in the matter; you shall hear from me presently.]
Alcantor to Sganarelle (Scene Fourteen, p. 242)

During Scene IX, Sganarelle refuses to fight Alcidas, Dorimène’s brother, who has brought swords. In the end, Sganarelle is compelled to marry.

We are therefore reminded of Mikhail Bakhtin’s Rabelais and His World: carnival and grotesque. We are also reminded of the comic genre’s plasticity. It isn’t always an “all’s well  that ends well,” a tout est bien qui finit bien. And we are not dealing with Rabelais’ giants.

Floating just below the surface of this play is the farcical trompeur trompé, the deceiver deceived. How can Lycaste ever trust Dorimène? The extremely polite manner he uses to greet Sganarelle could be read as a criticism of Dorimène’s ploy. It is “affected.” As for Dorimène, she is her own senex iratus and will not change. Besides, destiny rules. She should be prepared to love the husband she has married and to give birth to a petit Sganarelle.

The play also features pedants. Pancrace’s pursuit of a correct term, forme or figure, for the shape of hats is trivial. As for Marphurius, he is Rabelais Trouillogan (See Chapter 3, XXXVI) in Gutenberg’s [EBook #1200])

I am leaving behind the comédie-ballet, as written and composed in 1664. This post is already too long. But it is interesting to know that at Versailles, the King and aristocrats played roles in the comédie-ballet.

This post did not reach all of my readers.  Hence, the second edition and revisions.