Roederer proposed that the King review his National Guard, whom, he believed, were still serving the king, but they were defecting. They were joining 1) the sans-culottes, wearing pants, not knee breeches, and sabots, clogs, as in sabotage, 2) the fédérés who had come to Paris from Marseille and Brittany to celebrate the Fête de la Fédération (= fédéré), the festival commemorating the Storming of the Bastille and 3) the insurrectional Paris commune.

Twenty-thousand fédérés were in Paris and the prospect of a république was no doubt inebriating for many of them. La Marseillaise, France’s National Anthem, first used as a “Chant de guerre pour l’Armée du Rhin,” was composed in 1792 by 32-year-old Claude-Joseph Rouget de L’Isle. It had been sung, for the first time, on 25 April 1792, in Strasbourg. (See La Marseillaise, and the Timeline of the Revolution, wiki2.org.)

In short, the only protection afforded the King was his Swiss Guard and his only shelter, the National Legislative Assembly, which would be suspended on 10 August 1792, as well as the authority of the King. 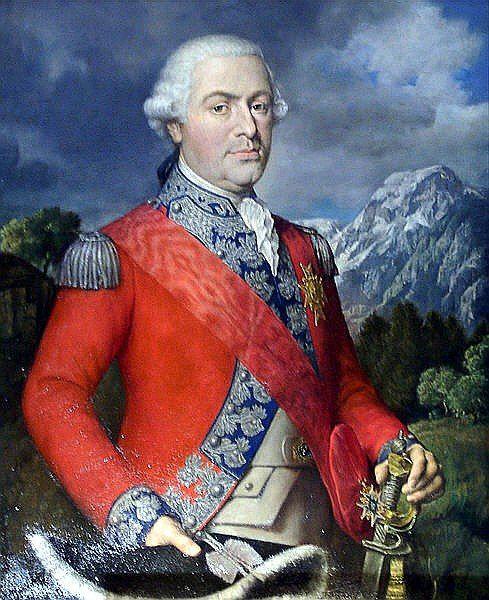 Swiss Guards on the grand staircase of the palace during the Storming of the Tuileries by Henri-Paul Motte (1846-1922) (Photo credit: wiki2.org)

Commanding the Swiss Guards, the day of the Insurrection of 10 August 1792, was Karl Josef von Bachmann. He accompanied Pierre-Louis Roederer who was leading the King and his family to the National Assembly. (He is not shown in the video I have inserted, which is otherwise excellent). When Louis heard shots, he sent a note instructing his Garde suisse to run to safety. They didn’t.

As for the King and his family, if the National Assembly was their only refuge, they had no refuge. The king told his son that, from then on, France no longer had a King.

Out of a total of 900 men, 600 Swiss Guards were killed or fatally wounded on 10 August 1792. Karl Josef von Bachmann was tried and guillotined on 3 September 1792. Other Swiss guards were also guillotined.

By 6 September, half the prison population of Paris had been summarily executed: some 1200 to 1400 prisoners. Of these, 233 were nonjuring Catholic priests who refused to submit to the Civil Constitution of the Clergy.