A member of Islamic State of Iraq and the Levant in Raqqa. Isil has issued a new call to arms after the Manchester attack. CREDIT: REUTERS

My last post was published on 3 June 2017. I have not been able to work since. However, in the wake of the London Bridge attack and previous attacks on Britain, three in as many months, I reflected on terrorism, wondering if it could be stopped. (But not if the United States sells weapons to Saudi Arabia.)

Terrorism is extremely difficult to quell. The mind of a terrorist is inflexible. He or she has been radicalized through indoctrination.  A terrorist probably thinks his victims deserve to die. Moreover, ISIL terrorists kill in the name of Allah and are probably looked upon as martyrs by fellow terrorists.

Martyrdom may explain why ISIL claims responsibility for acts of terrorism perpetrated by a Muslim, even if the attack has little to do with promoting the Islamic State. ISIL claimed responsibility for the Orlando, Florida attack by Omar Mateen. Omar Mateen did not mention ISIL until he was about to be shot to death by the police. He had attacked innocent civilians enjoying a night out at an LGBT facility, the Pulse. He had been taught that his sexual orientation was not acceptable.

It seems terrorism is permanent, but that movements such as ISIL aren’t. ISIL will probably be defeated in the not-too-distant future, but a new movement could replace the one that has been abolished and several of its members will justify killing on the basis of the destruction of ISIL. Human beings retaliate and so do terrorists. Attacks follow one another and new movements avenge the old. It’s a vicious circle.

ISIL, a movement created in 1999 and first known as Jama’at al-Tawhid wal-Jihad, originally pledged allegiance to al-Qaeda (See Islamic State of Iraq and the Levant, Wikipedia.) ISIL beheaded American-Jewish journalist Daniel Pearl in 2002. However, regular beheading incidents did not begin until 2014, three years after the death of Osama bin Laden, on 2 May 2011. ISIL is a Salafi jihadist movement. The beheadings were shown on videos and the United States seemed ISIL’s primary target. Although American journalists James Foley and Steven Sotloff were the first to be beheaded, ISIL’s next victims were British aid workers David Cawthorne Haines and Alan Henning. Japanese journalist Kenji Goto was also beheaded.  The victims I have named were beheaded by British Arab Jihadi John, Mohammed Emwazi, who was killed in 2015.

It is difficult to neutralize or defeat a group of terrorists. They are radicalized. Many ISIL terrorists are heroes without a cause who converted to Islam and travelled to the Middle East. Attackers often see their victims as deserving to die. They kill in the name of Allah and may be looked upon by other terrorists as martyrs.  I wonder to what extent ISIL militants realize that they harm moderate Muslims fleeing terrorism and war and who have lost everything. ISIL fuels Islamophobia and hurt Islam. The refugees started to walk towards Europe in 2015 and many drowned crossing the Mediterranean Sea in fragile crafts. Migrants are Muslims for the most part, but they include minorities: Yazidis, Assyrians, Mandeans, etc.

With respect to the Migrant Crisis, I should note again that  William Lacy Swing, Head of the International Organization of Migration, reports that people smugglers make $35 bln a year on the Migrant Crisis. It’s an industry.

Nearly 1,500 migrants in 12 boats were rescued from the Mediterranean by Médecins Sans Frontières in just 12 hours last month. This rescue ship has a capacity of 600 people. Photograph: Cesare Abbate/EPA

Islamophobia helped Donald J. Trump’s election to the Presidency of his country. He looked upon all Muslims as dangerous, which is a generalization, but atrocious crimes were being committed in the name of Allah. However, recently, President Trump allowed a large number of Muslims to enter the United States. The European Migrant Crisis also led to nativism. Many French citizens rallied behind Marine Le Pen‘s Front National.

It could be that France’s National Front party influenced the Brexit vote. A little over half of Britons voted in favour of Brexit. However, support for Brexit may wane following a significant loss of seats for British Prime Minister Theresa May’s Conservative Party.

The “West ” as Villain

The West has made mistakes. Colonialism was a mistake and so was the Sykes-Picot Agreement of 1916. The creation of protectorates by the League of Nations was also a mistake.   The Arab-Israeli Conflict began when Mandatory Palestine was partitioned and Israel created. Israel declared its independence on 14 May 1948, the day the British Mandate for Palestine ended. (See Israeli Declaration of Independence, Wikipedia.) At the moment, matters are sensitive and Israel is making a mistake. Israel has yet to return the territory it conquered during the Six-Day War, in 1967. Israelis are settling outside the territory Israel was apportioned in 1948, often deporting Palestinians. Israel has been granted protection from the United States, but the United States did not veto United Nations Security Council Resolution 2334 adopted on 23 December 2016. (See United Nations Security Council Resolution 2334, Wikipedia.)

However, we need to focus on the present.  On 14 May 2017, the French elected centrist Emmanuel Macron to the leadership of their country and British Prime Minister Theresa May failed to obtain the clear majority she was seeking in the British general election held on 9 June 2017, three days after the London Bridge attack. Consequently, a shift to the extreme right, in France particularly, has been averted. As for Britain, the Brexit vote did not show convincingly that Britons wanted to leave the European Union. It showed division and division is what the general election has confirmed.  Jeremy Corbyn‘s Labour Party secured 30 more seats in Parliament, a substantial increase, while Prime Minister Theresa May lost 12 seats.

For a while, German Chancellor Angela Merkel was managing the daunting European Migrant Crisis almost unassisted, but she is supported by France. Jeremy Corbyn is expected to smoothen the Brexit negotiations, if indeed Britain leaves the European Union.

ISIL claims that the London Bridge attack was retaliation against American airstrikes in the Middle East. It has declared an “all-out war” on the West, in the name of Allah, and did so during Ramadan, a holy month for Muslims, which this year began on 26 May and will end on 24 June 2017.  The Atlantic reports “staggering loss of life” in the fight against ISIL.

As it happens, ISIL’s first target was Iran, a twin attack on Tehran. It was not the West. 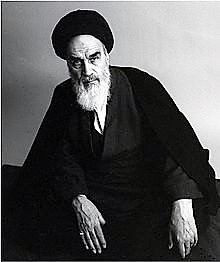 Terrorists attacked the Parliament building and the tomb of Ayatollah Ruhollah Khomeini, the leader of the nation’s Islamic revolution.  According to the Washington Post, approximately 12 people were reported killed and 42 wounded.

Allow me to express my condolences to the family and friends of the victims. These are the saddest of times. Many countries are accepting refugees, but attacks such as the three attacks on Britain scare host countries. Canada passed anti-Islamophobia legislation, which may not have been necessary, but Canada’s Muslim community had to be protected officially.  However, I cannot imagine Canada accepting sharia law. Immigrants to Canada and refugees have to abide by Canadian laws. Canada respects the Universal Declaration of Human Rights.

The War in Iraq was a mistake. It was, I hope, the last instance of Manifest Destiny. It is my conviction that the countries of the Middle East are capable of looking after themselves. But, following the Arab Spring, certain autocrats would not democratize their nation and heads started to fall. Muath Al-Kasasbeh was burned alive. Human beings were locked in cages that were lowered into the water. The genocide of the Yazidis began, and an American-led coalition started to strike. Drones were used, so attacks were targeted and civilians spared. Targeting is almost impossible. The villain was ISIL.

By 2016, thirteen million Syrians had fled their country to seek refuge in the safer West. But the West was divided. The European Migrant Crisis was a calamity. Were migrants friends or foe?  Fear led to Brexit. In France, Marine Le Pen thought she had found the road to power. She ran a populist campaign, à la Trump, and she was defeated. But suddenly, terrorists were attacking Britain. The attacks occurred after Donald Trump’s inauguration. However, Mr Trump’s travel bans were blocked by the courts.

I believe we are nearing the end of this ordeal, but many have died and more could die.

All of us are human beings. We can hate, but we can love. We can love far more than we can hate. The planet is ours to save and the world is ours to shape and to share.