Many Canadians fear refugees and some politicians oppose our providing free medical care to refugees. However, Canada’s Prime Minister has reversed a decision not to pay for the medical treatment of refugees. Some lost fingers. Moreover, Canada cannot allow refugees to bring diseases into the country.

In other words, the RCMP (the Royal Canadian Mounted Police) is overworked at the moment and so are civil servants. Everyone entering Canada must apply, but given that they may be deported, border-crossers may apply after they have entered the country to avoid the risk of being deported. Refugees who are not “criminals” will have a home in Canada. They now live in shelters and are fed properly.

Under President Obama, the first to be deported were “people who had been convicted of dangerous crimes.”[1] Matters differ at the moment. First, there is a large number of undocumented “aliens” in the United States, and as Amy Davidson writes, “[t]he Trump executive order starts with the idea that criminal aliens are the problem, but then widens the definition of criminality and blurs its edges.”[2]

Various incidents, such as vandalism, point to a degree of anti-Semitism in the United States, which Mr Trump condemning. Yet, anti-Semitism is a form of xenophobia, fear of foreigners, and xenophobia is what is driving Mr Trump to deport “aliens.” These are not necessarily criminal aliens. The refugees who cross the border illegally know that Canada does not allow criminals to enter the country.

Among refugees crossing the border, many are not Muslims, but Mr Trump is planning another ban. Islamophobia on the part of the United States could lead to acts of terrorism. So, ironically, President Trump is fostering the violence he fears.

At this point, we return to fairy tales and pretty pictures. I have a niece who would say: “Tante Micheline, just pour yourself a glass of very good wine and enjoy.” 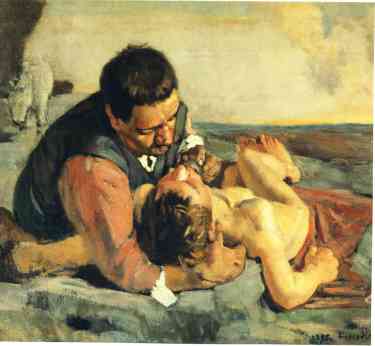