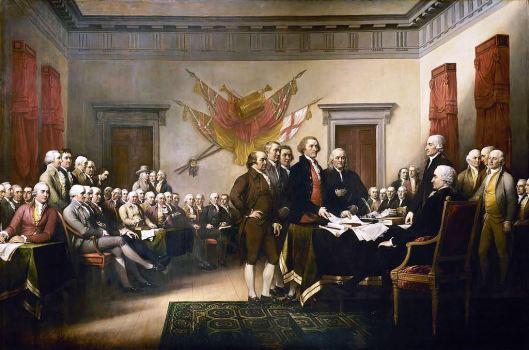 Declaration of Independence by John Trumbull depicting the Committee of Five presenting their draft to the Congress on June 28, 1776 (Photo credit: Wikipedia)

The Declaration of Independence

“We hold these truths to be self-evident, that all men are created equal, that they are endowed by their Creator with certain unalienable Rights, that among these are Life, Liberty and the pursuit of Happiness.” (The Declaration of Independence)

President Obama was correct when he stated, in his farewell address, that the United States had to catch up with the ideals of its Founding Fathers. Listed in the Declaration of Independence, drafted by Thomas Jefferson, a Founding Father, is an unalienable right: the unalienable right to Life. Americans have a right to Life, and it is this right the Affordable Care Act addressed. It was “the most significant overhaul in the U.S. healthcare system since the passage of Medicare and Medicaid in 1965.” (See Patient Protection and Affordable Care Act, Wikipedia.) 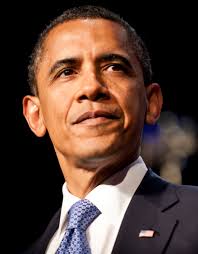 The Modernization of Medicine

Times have changed. Medical tests are now performed using sophisticated tools that often cost a fortune. Such innovations and other changes have made the cost of healthcare prohibitive. Consequently, it is no longer possible for most individuals to pay health bills out-of-pocket. The rising cost of healthcare has also led to the unaffordable premiums demanded by Insurance Companies and to aberrations such as refusing benefits to the victims of a catastrophic disease. Diseases such as cancer are viewed as pre-existing and therefore uninsurable conditions.

Insurance companies are businesses and, as businesses, their main objective is to make a profit. They therefore adjust rules and raise premiums accordingly. The same is true of pharmaceutical companies. Medications are priced so pharmaceutical companies make money. It is not possible to make America “great again” by ignoring so obvious a fact as costly advancements in medicine.

A large number of societies, in Europe for instance, have recognized that individuals cannot afford today the healthcare they could afford fifty years ago. Therefore, governments around the world have relieved citizens by funding healthcare, thereby keeping up with the times and ensuring the safety of citizens. The United States has been slow to modify its social contract. But on 23 August 2010, the Affordable Care Act was voted into law.

The rules started to change after World War II. Governments around the world, beginning to my knowledge with the Scandinavian countries, set about putting into place, social programmes that protected the people. In the United States, President Franklin Delano Roosevelt‘s New Deal brought relief to impoverished Americans. As for the Affordable Care Act, it is also a new deal that has made it possible for millions of Americans to see a doctor. However, unconscionable and somewhat petty Republican Senators seem bent on destroying it and letting people die, women first. A Republican Senate, led by Mitch McConnell, is therefore making it abundantly clear that life is not a right, but a privilege, the privilege of those who can pay. What will they do if they fall on hard times?

The Affordable Care Act is essential legislation and it cannot be taken away from United States citizens unless Senate has something better to propose and to implement. Societies must face reality. Healthcare is too expensive for individuals to protect themselves. Even those who have health insurance are denied the care they require. Nations therefore need a health plan. Besides, a new administration has nothing to gain by picking up its rifles and shooting at the former administration.

The American Civil War is over and, according to the Declaration of Independence, one has a right to Life.