After months of investigation, mere days before the vote, and having failed to find dead bodies in Mrs Clinton‘s closet, the FBI chose to flex its muscles by undermining Mrs Clinton’s bid for the presidency of the United States. It appears that more emails have surfaced. We do not know what they contain but they have jeopardized the success of Mrs Clinton campaign and the security of the citizens of the United States. More importantly, they are putting the world at risk. No Mr Trump is not presidential material.

To be absolutely precise, the FBI, the American Federal Bureau of Investigation, may have sabotaged the 2016 American presidential elections. Are these new emails or emails waiting to be investigated?  How can anyone know? The timing would suggest they were sitting in a file cabinet or were handed over at the worst moment. We have no way of knowing. The campaign was a circus and it has turned into what seems a nightmare. 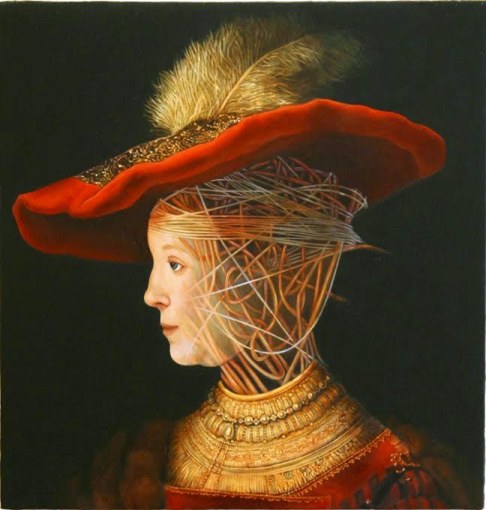 Not only does the FBI investigation seem a witch-hunt, but the nominee who is in serious trouble is Mr Trump, not Mrs Clinton. Therefore, it may be a case of mistaken identity.

How can anyone forget that

“Trump’s trouble began on October 7, when The Washington Post released a video in which Trump boasts of sexually assaulting women. “You know I’m automatically attracted to beautiful [women]—I just start kissing them,” Trump said. “It’s like a magnet. Just kiss. I don’t even wait. And when you’re a star they let you do it. You can do anything.” He added, “Grab them by the pussy. You can do anything.” The video produced a wave of revulsion, and many Republicans denounced him, with some withdrawing support.”
The Atlantic

Sexual assaults are a statutory offence in several countries and damning in the United States, with the possible exception of Mr Trump. The facts that emerged on 7 October 2016 caused many Republicans to distance themselves from Mr Trump. But the FBI did not promptly lift the cloud of suspicion that could lead to Mrs Clinton’s defeat. It could be that the FBI chose to ignore that a known sexual predator was still an official nominee to the presidency of the United States, drowning in an ocean of unsubstantiated suspicion the better qualified candidate. I doubt that Mrs Clinton would have run for office if there were serious improprieties in her conduct.

Former General and Secretary of State Colin Powell has credibility. He stated that he would vote for Mrs Clinton because she is an experienced political figure, not a frivolous comment. Mr Trump is new to politics and knows so little about the various dossiers the President of the United States must be familiar with that one wonders why the Republican Party chose him as their nominee to the presidency. They perhaps expected that Mr Trump would present a clear and coherent platform, but he didn’t.

For instance, he gathered a group of women who were ready to say that former President Bill Clinton was a womanizer. Mr Trump should have known that former President Bill Clinton’s indiscretions have nothing to do with Mrs Clinton’s ability to play her role as President of the United States in a competent manner and it so happens that in the current race to the presidency, Mrs Clinton is the competent nominee, not Mr Trump. Mr Trump did not know that forcing oneself on a woman was objectionable and perhaps a crime. It is a crime in many countries.

Besides, Mr Trump planned attack on former President Bill Clinton was a “trumpism.” It was yet again avoidance of a discussion of the many issues facing his nation, such as immigration, gun-control, the crisis in the Middle East, matters Presidents of the United States deal with. Given the years she has devoted to serving the people of the United, Mrs Clinton is familiar with these issues, which, as noted above, makes her the competent nominee. Mr Trump’s campaign was no more than a distasteful sideshow and sadly “bombastic” (Paul Krugman, NYT).

The article below, by Paul Krugman, dates back to May 2016, but it has not lost its significance. To read the article, please click on its title.

Please do keep in mind that, if elected, Mr Trump intends to build a wall separating the Unites States and Mexico. It would prevent Mexicans from entering the United States. He has also stated that, if he elected to the presidency, he would not allow Muslims into the United States. In his opinion, all Muslims are terrorists. Moreover, this sexual predator has threatened to jail women who have undergone an abortion. Finally, as our colleague B. Ashley has written, he suffers from Narcissistic Personality Disorder (see Wikipedia). Mr Trump’s behaviour is “characterized by an exaggerated feelings of self-importance,” or grandiosity. If a man states that he should be proclaimed President of the United States, by-passing an election, not only is he assaulting democracy, but his perception of reality could be that of an absolute monarch. All humans exhibit a degree of narcissism. We think we are important, but not the point of claiming we should be the president of a country, except as an obvious joke. That would be called a sense of self-entitlement.

After posting my last article, I realized that it lacked a conclusion, or final sentence about democracy. In a democracy, people have the right to choose their president, but they also have to live with the consequences of their choice. Mr Trump does not know poverty. He can afford the best care, the best medication, luxurious dwellings, meals in the finest restaurants and lives in a tower he owns.

If elected to the presidency, will he be able to see that others are homeless, hungry, unable to feed their children or to pay a doctor’s fees? Mrs Clinton can see the needs of others, but although she is an experienced politician, which is an advantage, she has spent decades in Washington. Some people think a change is, by definition, for the better.

Video from France, in English
http://www.lemonde.fr/videos/#ufqurl

14 thoughts on “The Campaign: a Nightmare”