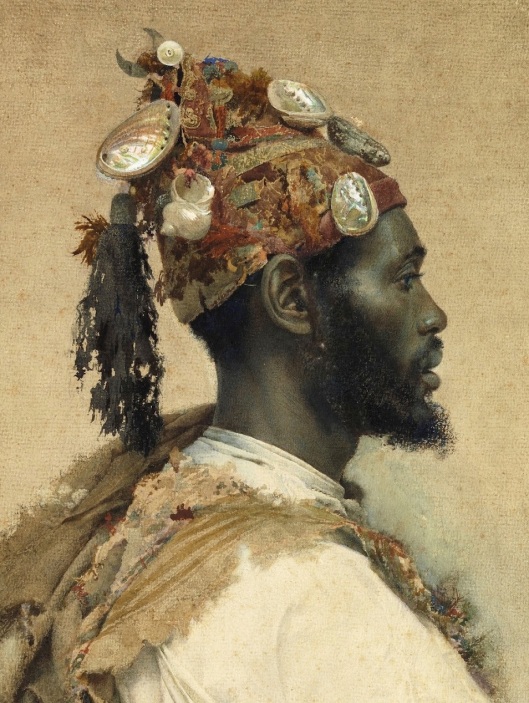 I am revisiting my post entitled Orientalism: Good or Bad.

My post entitled Orientalism: Good or Bad suggested that one could no longer use the word Orientalism. It had referred to paintings created by Western artists such as Jean-Léon Gérôme and Horace Vernet who painted in a style called academicism, art as it was taught at the Académie des Beaux-Arts in Paris. However, the word Orientalism is still used and Orientalist paintings are sold at auctions and displayed in major museum Claude Piening describes Orientalism as a “genre.”

The link above takes one to publicity (3 minutes) about an auction at Sotheby’s in London. The auction took place in 2013. The word Orientalism was used to describe works by European artists depicting the East. Il was a two-day auction. On the first day, the works of Orientalists were sold. However, on the second day, Sotheby’s auctioned off Islamic art, rather than the paintings of 19th-century Europeans or Western artists featuring the Orient. Wikipedia gives a list of Orientalist Artists. (See List of Orientalist Artists.)

However, one now speaks of Oriental Studies, which includes Egyptology and the work of William Jones (28 September 1746 – 17 April 1794), the philologist who first recognized a relationship between European anguages and Indian languages. (See Indo-European languages, Wikipedia.)

As for the patronizing Orientalism, studied in Edward Said‘s 1978 controversial Orientalism, it exists. The many depictions of voluptuous white nudes bathing and lounging in harems are examples of Dr Said’s Orientalism. Orientalism may be clichéd and, in this respect, can be associated with colonialism.

The East: Real or Borrowed

Despite its flaws, colonialism, British colonialism in particular, had the benefit of fostering an interest in the Orient, such as William Jones’ research Napoleon lost the Battle of the Nile, but the scholars who accompanied him founded Egyptology. Colonists, mostly British, also discovered objets d’art such as netsuke(s), small Japanese carvings used on belts for men, and cloisonnés, enamel, gems or glass poured into or inserted inside little metal walls called cloisons. They also discovered fine porcelain (now called china) and sumptuous Oriental rugs. These adorned their homes and to this day beautiful rooms often display fine Oriental vases and intricate rugs.

During the 19th century, members of the Arts and Crafts Movement replicated the motifs of the East. Artists and craftsmen associated with the Arts and Crafts movement could create homes decorated to reflect the East, Near or Far, including Japan. Ukiyo-e prints flooded Europe in the second half of the 19th century inaugurating Japonism. Oriental motifs adorned wallpapers, fabric, ceramic or class tiles made in the West. One could also purchase the finest china, made in England and other European countries.

Turquerie, however, was fashionable well before the 19th century. In 1453, Ottoman Sultan Mehmed II conquered Constantinople today’s Istanbul. Eastern Europe fell to the Ottoman Empire. The craze for chinoiserie also preceded the 19th century. As for Orientalism, it dates back to Napoleon’s campaign in Egypt and Syria (1798-1801). (See French Campaign in Egypt and Syria, Wikipedia.) 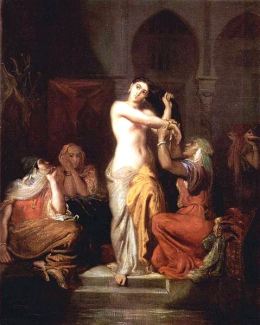 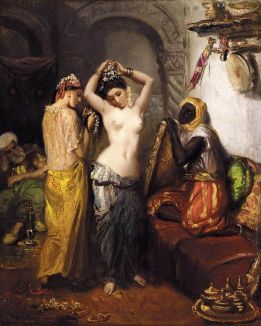 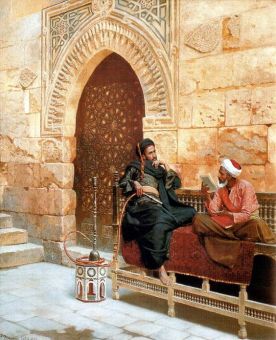 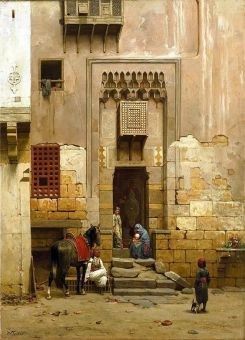 I have focussed on Orientalist portraiture. We have seen Horace Vernet’s portrait of Mameluke Roustam Raza and Gérôme’s portrait of a black Bashi-Basouk. Both portraits are or will be housed in the Metropolitan Museum of Art. Beauty is in the eye of the beholder, but although taste varies, there are objective artistic standards. One may not wish to hang a reproduction of Gérôme’s black Bashi-Basouk in one’s home, but as a work of art, Gérôme’s Bashi-Basouk is an exceptional painting.

Therefore, although  a work of art may be clichéd, it may nevertheless be beautiful. The West has depicted the East at times successfully and, at other times, less so. In other words, the art of European painters depicting the East can be good or bad. 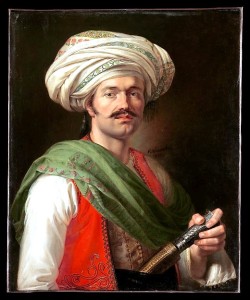