Portrait of a Mameluke said to be Roustam Raza by Horace Vernet, 1810 (MMA, NY)

When Napoleon arrived in Alexandria, he spoke to his troops and said:

“The peoples we will be living alongside are Muslims; their first article of faith is ‘There is no other god but God, and Mahomet is his prophet’. Do not contradict them; treat them as you treated the Jews, the Italians; respect their muftis and their imams, as you respected their rabbis and bishops. Have the same tolerance for the ceremonies prescribed by the Quran, for their mosques as you had for the convents, for the synagogues, for the religion of Moses and that of Jesus Christ. The Roman legions used to protect all religions. You will here find different customs to those of Europe, you must get accustomed to them. The people among whom we are going treat women differently to us; but in every country whoever violates one is a monster. Pillaging only enriches a small number of men;  it dishonours us, it destroys our resources; it makes enemies of the people who it is in our interest to have as our friends. The first city we will encounter was built by Alexander [the Great]. We shall find at every step great remains worthy of exciting French emulation.”
(See French Campaign in Egypt and Syria, Wikipedia)

When he was in Egypt, Napoleon recruited a guard made up of Mamelukes or Mamluks. Horace Vernet left us this extraordinary portrait of Roustam Raza (1783 – 7 December 1845), a Mameluke (un mamelouk) and Napoleon’s personal bodyguard from 1798 until 1814.

Roustam Raza was born to Armenian parents in Georgia. He was kidnapped and sold as a slave. He married in Dourdan, near Paris, and died in Dourdan on 7 December 1845. Raza did not follow Napoleon when he was exiled to Elba.

Raza is remembered for his memoirs of the years he had spent in the service of Napoleon.

As for the quotation above, it reveals a lesser-known Napoleon. Napoleon rebuilt France after the French Revolution. For instance, he restored Catholicism (see Concordat of 1801, Wikipedia) and had a civil code drawn up. He appointed a commission of four eminent jurists, including Louis-Joseph Faure who spent four years drafting the Code which went into effect in 1804. Napoleon and Jean-Jacques-Régis de Cambacérès chaired the commission. Québec’s Code Civil is based on the Napoleonic Code. Changes were made to the Napoleonic Code, but it remains France’s code civil and it has influenced legislation in a large number of countries. (See Napoleonic Code, Wikipedia.)

I was writing a post that published itself when it was still incomplete. It has been removed and will be reinserted. 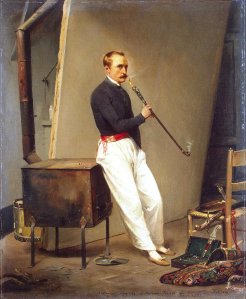