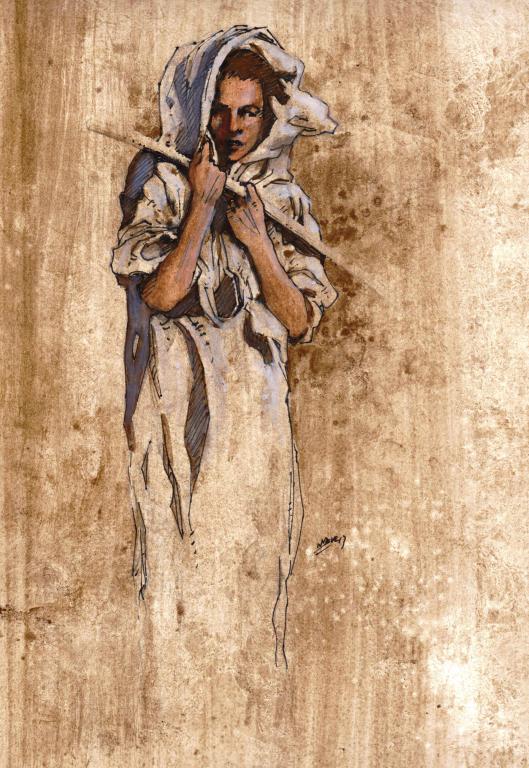 Leaving Algeria: the Harkis and the Shephardi Jews

In 1961, as the War of Independence was drawing to a close, Algerians were drowned in Paris. (See Massacre of 1961, Wikipedia.) Moreover, before the mass exodus to France, the French disarmed the Harkis and left them behind. Harkis, now called French Muslims of Algerian descent, had been loyal to France during the eight-year War of Independence. It is estimated that as many as 150,000 were massacred. Torture was used on both sides of this conflict, the French and the National Liberation Front (FLN), and it was deemed acceptable. Harkis had to flee and did so with the assistance of French officers acting “against orders.”

“About 91,000 managed to flee to France, some with help from their French officers acting against orders, and today they and their descendants form a significant part of the Algerian-French population.” (See Algerian War, Wikipedia.)

In 1962, Sephardi Jews also fled to France and some to Israel. They had identified with the French during colonial times (1830-1962). They were the descendants of Jews who had escaped the Spanish Inquisition and many spoke Spanish. (See Algerian War, Wikipedia.)

The cease-fire was declared on 18 March 1962 by Charles de Gaulle, at great risk to his life. He would not listen to his bodyguards. De Gaulle pronounced Algeria independent on 3 July 1962 and Independence Day is celebrated on 5 July. French settlers wanted to stay in Algeria and were bitterly disappointed when De Gaulle declared a cease-fire and set about freeing Algeria. For some settlers, it was betrayal.

In fact, there was resistance. Settlers who wanted to stay in Algeria formed a secret army, the OAS, or Organisation de l’armée secrète. The OAS fought against the National Liberation Front (FLN). Both factions were Muslim Algerians. (See Algerian War, Wikipedia.)

The Aftermath: Ben Bella and Boumédiène

After France left Algeria, the country contemplated socialism. Its first president was Ahmed ben Bella, who described himself as an Islamist of “mild and peace-loving flavour.” (See Ahmed ben Bella, Wikipedia.) The Sand War, fought in October 1963, occurred during ben Bella’s presidency. Morocco was claiming ownership of Algerian territory. Ben Bella grew into an autocrat and a thief. He was deposed by his friend and colleague Houari Boumédiène (FLN). Boumédiène was a popular leader, but he fell ill and died in 1978, at the age of 46. Houari Boumédiène also contemplated socialism and put into place measures reflecting the influence of socialism.

The Algerian Civil War “followed a coup negating an Islamist electoral victory.” (See Algerian Civil War, Wikipedia.) In December 1991, the Islamic Salvation Front (FIS) seemed about to defeat the National Liberation Front (FNL). The election was cancelled in January 1992 and a High Council of State was formed under the presidency of Chadli Bendjedid. During the Algerian Civil War, the government of Algeria, the National Liberation Front, opposed members of the Armed Islamic Group (GIA) who, contrary to the government, the FLN, were fundamentalist Muslims advocating Sunni Islamism and djihadism.

Barbaric massacres occurred during the Civil War. Most followed the hijacking of Air France Flight 8969 (1994), to which I have referred in my last post (See Related Articles). It was an act of terror that found a tragic echo in the attacks of 9/11 in the United States. The terrorists’ intention was to blow up the Eiffel Tower in Paris, but France’s anti-terror unit, the Groupe d’Intervention de la Gendarmerie Nationale (GIGN), killed the terrorists at Marseille.

In 1999, Abdelaziz Bouteflika, a member of the National Liberation Front (FLN), was elected president of Algeria. It could be that Islamic fundamentalism had lost its appeal, but given the wars waged in the Middle East during the 2000s, some fundamentalism  could not be averted.

“In 2006, the GSPC, the Groupe salafiste pour la prédication et le combat,[1] was officially accepted as a branch of al-Qaida in a video message by Ayman al-Zawahiri; soon thereafter, it changed its name to al-Qaida in the Islamic Maghreb (AQIM).” (See Abdelaziz Bouteflika, Wikipedia.)

Abdelaziz Bouteflika, Algeria’s President, has not been seen since January 2016, which has fuelled rumours that he is extremely ill.

To sum up, after Algeria gained its independence, its leaders identified with socialism. However, groups were progressively drawn into the fundamentalist Islamism that was rooting itself in neighbouring Arab countries of the Middle East. It was called Salafist “Islamic revivalism.” Algeria resisted Islamic fundamentalism, but it found supporters.

The driver of the death truck of the 2016 Nice attack, Mohamed Lahouaiej-Bouhlel, was Tunisian. It has now been determined that the attack was planned over a year and that Mohamed Bouhlel had accomplices. He responded to calls to attack citizens of coalition countries fighting ISIL. Yet, he was not a suspect. (See 2016 Nice attack, Wikipedia.)

The Kouachi brothers (Charlie Hebdo shooting) were of Algerian descent and the two were radicalised in the Middle East. In other words, after France left Algeria, the Arabization of Algerians led to a degree of Islamic fundamentalism and at least two of the three major attacks on France have been perpetrated by descendants of the population of France’s Colonial Empire. ISIL, however, remains at the heart of terrorist attacks on France and European cities. Last week, Munich was attacked. When will it end?

These are terrible days, but I doubt that radical Islamism will abate until it is rejected by Islam itself. Neither Islamic fundamentalism, nor autocratic leadership, Syria’s Bashar al-Assad‘s, Saudi Arabia’s King Salman, can benefit the Middle East. Its citizens are walking out. It seems that Assad is ready to talk. (See Malta Today.)

President Obama is still the President of the United States and he is a man of peace, despite the strikes. The talks have to occur soon. Participants should be supplied  with plenty of good food and drinks, sit at a round table, and put an end to this misery. Muslims are not migrating because they want to. They are migrating because they have to. This is self-destruction. Make Syria safe for Syrians, Iraq safe for Iraqis and free Saudi Raif Badawi. It is difficult to imagine why King Salman of Saudi Arabia fears an innocent blogger whose wife and children are living in my town. They are awaiting a beloved husband and father.

Reconciliation should happen soon, because members of the extreme Right could be voted into political office in mostly tolerant countries.

The Arab Spring was a call for greater democracy. It was energetic opposition to Islamic fundamentalism and Islamic radicalism, i.e. ISIL, by Muslims themselves.[2] But Assad was led by his fear of losing power. If he acts as he should, the migrant crisis will end and he may save himself.

Apologies for a long absence due to migraines.
Love to everyone. ♥ 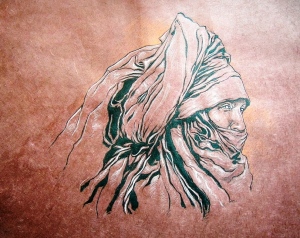