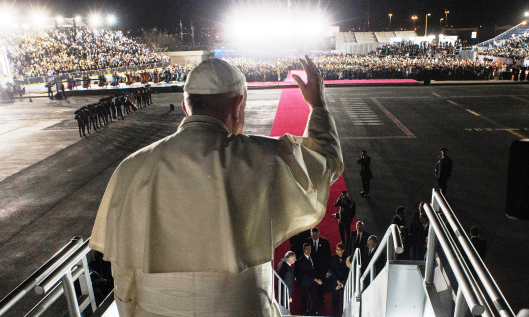 It is clear that Trump is not the only person who knows how to get the internet going. (Photograph: AP)

“Someone should remind Donald Trump that Pope Francis is the religious leader of 1.2 billion Catholics and the sovereign of the Vatican City. Trump is simply a businessman running for president.” (The Guardian, UK.)

Building Walls instead of Bridges

Yes, Donald Trump is simply a businessman running for president. However, if elected to the presidency of the United States, he would prevent all Muslims from entering his country as if al Muslims were terrorists. As President Mr Trump would also build a wall separating the United States and Mexico, thereby curbing the flow of Mexicans entering the United States. In response to Mr Trump’s pronoun cements, in the plane returning him to Rome, Pope Francis stated that building “walls” instead of “bridges” was not very Christian.

When he visited the United States in September 2015, Pope Francis also “pleaded for environmental stewardship and compassion for immigrants and the poor in the halls of power.” During his stay Mexico, the Pope witnessed extreme poverty, yet immense wealth concentrated in the hands of the few.

The Pope’s message is therefore consistent with an earlier statement and although it applies to a specific fence, separating the United States and Mexico, it is relevant elsewhere. 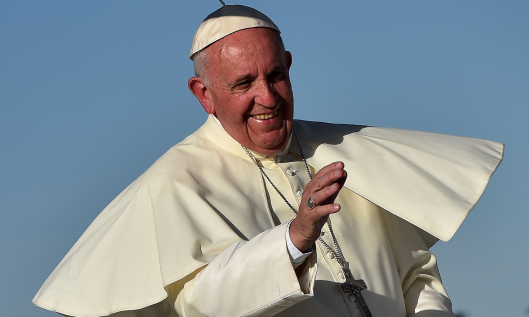 Palestine was partitioned so the Jews could inhabit their promised land. Although a few Jews did not leave the Middle East, the Jewish diaspora started in the 8th century BCE (See Jewish Diaspora, Wikipedia.)

“Since the first centuries CE, most Jews have lived outside the Land of Israel (Eretz Israel, better known as Palestine by non-Jews), although there has been a constant minority presence of Jews.” (See Zionism, Wikipedia and My Jewish Learning.com.)

The vote that created Israel took place at the United Nations, a little less than three years after Allied Forces defeated Adolf Hitler‘s Nazi, thus liberating not only Nazi-occupied countries, but Germany itself and the remaining emaciated detainees of Adolf Hitler’s death camps. After denazification, many European Jews returned to their homes in Europe and have been protected. It was the safer option. The Jews’ idea of living in the promised land had been “in the air” since the 19th century, the century associated with the rise of nationalism.

However, the vote that followed W.W. II may have been premature, due to guilt feelings generated by the Holocaust. Six million Jews were killed. At any rate, the safety of Jews was not a chief concern. Arabs opposed the partition of Palestine, but a well-intentioned US President, Harry Truman, supported the creation of Israel. (See History of the Israeli-Palestinian conflict, Wikipedia.)

By now, several generations of Israeli have been born in Israel and, for them, it is the only home they know. We cannot rewrite history, but the construction of a wall may be offensive to neighbouring countries and it can be halted. So, with all due respect to every party involved, please stop building that wall and build bridges.

Jesus of Nazareth did not leave a sacret text. But we know from the accounts of his disciples that his teaching can be summarized in two words: unconditional love. When will humans love one another?

Quite frankly, if anyone is to blame for the conflict generated by the partition of Palestine, it is Hitler and Naziism.

14 thoughts on “Walls and Bridges”