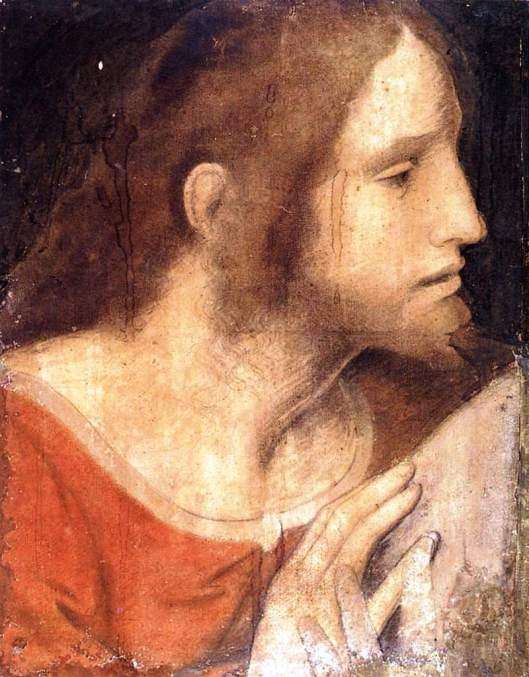 Once again, we are witnesses to retaliation.

Turkey has shot down a Russian fighter jet so Russian President Vladimir Putin, not a choirboy, is therefore saying that Turkish President Recep Tayyip Erdoğan will regret “for a long time” downing the Russian fighter plane. It was flying in Turkey’s airspace.

Having a “right” to…

Erdoğan will not apologize. He had a “right” to shoot down this Russian fighter jet because it was flying in Turkey’s airspace.

No one has the “right” to hurt another person willfully. As for revenge, it is immature behaviour. One apologizes and, if losses were incurred, reasonable compensation may be necessary.

With respect to pilots, prudence was advisable. It is safer for pilots not to enter another country’s airspace if doing so is a violation or if there is enmity between their nation and the one whose airspace they have foolishly penetrated. There were two pilots. One man died, but the other was rescued. However, none of this was appropriate.

How can anyone expect Isis to end the atrocities perpetrated against the people of Paris and against inhabitants of the Middle East, if Russian President Vladimir Putin allows Russian pilots to fly in Turkey’s airspace and President Erdoğan orders the Turkish military to shoot the plane down?

More heads will fall, more people will be burned alive or locked into cages that will be lowered into water. Isis will also capture women and turn them into sex slaves, not to mention other ignominies.

Worst of all, Syrians will continue to pour out of their country. 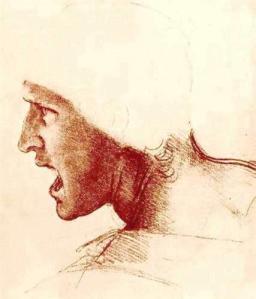 Study of a figure from the Battle of Anghieri, Leonardo (Photo credit: WikiArt.org)

The West has long meddled in the affairs of the Middle East. What comes to mind immediately are George W Bush’s wars, the 2000s. But, let us not forget the Crusades nor colonialism.

In fact, let us not forget that harm done to Islam by the West cannot justify Isis’ barbaric behaviour?  It’s retaliation gone astray and untargeted. Yet, can strikes be targeted and just who should strike?

Jesus of Nazareth, a Jew who lived in occupied Palestine, did not leave a manuscript. However, he is reported to have said: “Turn the other cheek.” It was a metaphor and cannot be read or interpreted literally. Yet, in the context of current events, it makes sense. Or could it be that I am once again reading a different page and, perhaps, the wrong book?

My kindest regards to everyone. ♥ 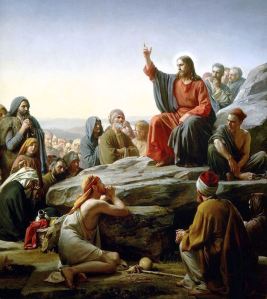 The Sermon on the Mount by Carl Bloch (Photo credit: Wikipedia) 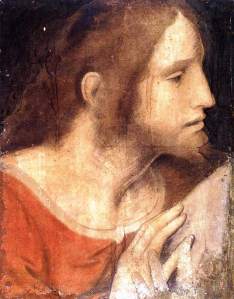 6 thoughts on “Turning the other cheek”