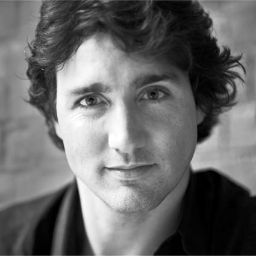 Canada votes on 19 October 2015 and I believe Mr. Justin Trudeau will be elected Prime Minister of Canada. Mr. Trudeau was in Sherbrooke, Quebec, on 6 October and I was in attendance.

I do not think Canadians have any choice but to elect a liberal government under the leadership of Justin Trudeau. Justin Trudeau is the voice of the people, which sets him apart from his contenders.

In particular, his enthusiasm gives Mr. Trudeau and members of his team the winning edge. Enthusiasm means “possessed by a god.” With all due respect, I see very little enthusiasm on the part of his contenders. They are in fact rather lethargic.

Canadians need an enthusiastic Prime Minister and, supporting him, energetic Members of Parliament. They need a leader who can see there is a future because he is ready to build one. The rallying cry of Trudeau’s team could be:

WE CAN AND WE WILL.

As for his contenders, they seem to have abdicated.

Mr. Trudeau’s address was not about bilingualism and biculturalism. What a change. His address was about bread and butter issues.

Canada’s social programmes need better funding. The gap is growing wider between the rich and the poor. Too many families have to choose between educating their children and saving for retirement. Many Canadians, children and the elderly, in particular, live in poverty.

Therefore, it would be my opinion that, on 19 October 2015, Canadians will elect a government whose programme is greater prosperity for Canadian families. Canada is losing its middle-class.

In short, it’s all about change. An apathetic government will not bring about changes. It will see obstacles where there are boundless possibilities. Obstacles can be turned into challenges. It’s a matter of perspective.

Justin Trudeau is the son of the Right Honourable Pierre Elliott Trudeau and was brought up by his father. The manner was at times “unconventional.” 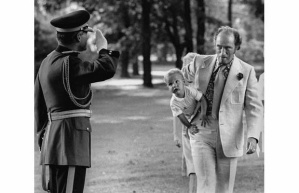 Justin Trudeau is not the polished intellectual his father was. We are looking at two different individuals. However, I see considerable determination on the part of the father depicted in the photograph featured above, and determination is what father and son have in common.