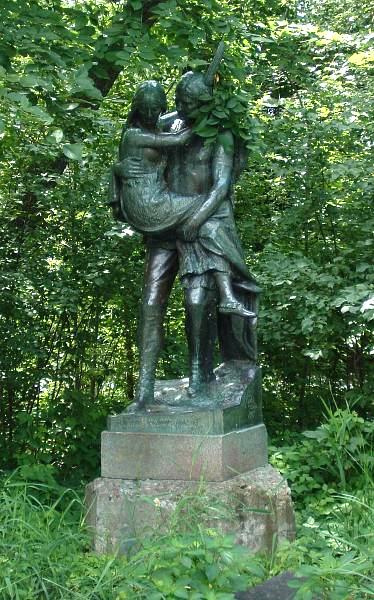 Henry Wadsworth Longfellow‘s The Song of Hiawatha, published in 1855, will be posted today or early tomorrow, but it may require a short follow-up article. I have retold the entire story ‘succinctly,’ but it nevertheless made for a long article.

The Song of Hiawatha,

Hiawatha is given a mission by “Gitche Manito, the mighty, the creator of the nations[.]” (Canto i). He will be a “prophet” and put an end to the wars American Indian tribes wage one against another. The Song of Hiawatha is an epic poem, and therefore resembles the Epic of Gilgamesh and, closer to us, The Song of Roland in which Roland and his men defeat countless Saracens, Muslims, at the Battle of Roncevaux (778). It also brings to mind The Poem of the Cid, El Cantar de Mio Cid.

Hiawatha becomes a hero through legendary deeds and marries the beautiful Minnehaha. But we sense a tragedy. Ghosts come to haunt Winnehaha. They are famished, so she gives them food. This is a premonition. Famine kills Winnehaha and devastates Hiawatha’s people.

Much was expected of Hiawatha, much that he could not accomplish. The white man was arriving. After the death of Winnehaha, Hiawatha marches West to the Isles of the Blest in Keewaydin, where he will rule what I believe is the evanescent kingdom of the “Northwest Wind.”

“I beheld, too, in that vision
All the secrets of the future,
Of the distant days that shall be.
I beheld the westward marches
Of the unknown, crowded nations.
All the land was full of people,
Restless, struggling, toiling, striving,
Speaking many tongues, yet feeling
But one heart-beat in their bosoms.
In the woodlands rang their axes,
Smoked their towns in all the valleys,
Over all the lakes and rivers
Rushed their great canoes of thunder.

“Then a darker, drearier vision
Passed before me, vague and cloud-like;
I beheld our nation scattered,
All forgetful of my counsels,
Weakened, warring with each other:
Saw the remnants of our people
Sweeping westward, wild and woful,
Like the cloud-rack of a tempest,
Like the withered leaves of Autumn! (Canto xxi of xxii )

Before leaving, Hiawatha tells his people not to fear the Black Robes, the missionaries. I think we are now hearing Longfellow’s own voice.

The Song of Hiawatha (1855) was enormously successful, as had been Longfellow’s Évangéline, published in 1847.

Évangéline is the lesser tragedy. Acadians were deported. They were put aboard ships dividing families and betrothed. The Cajuns, descendants of Acadians, live in Louisiana, but many returned home or went into hiding, a large number went to Quebec, protected by Amerindians. For the most part, Acadians live in the Atlantic provinces of Canada, but their farms were not returned to them. However, they have been mythicized by Longfellow, which is a form of redemption, poetical as it may be.

To a certain extent, the same is true of The Song of Hiawatha. It ennobled a people. But Amerindians had been relocated; they had been torn away from the land that had always been theirs.

Ethnologists, two of whom are Claude Lévi-Strauss and Franz Boas, devoted long and insightful studies to Amerindians, totemism in particular, and the interest they have taken in Amerindian folklore and mythology has served to dignify North America’s Indians, which is not insignificant, but … 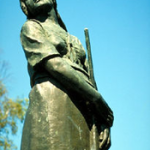 10 thoughts on ““The Song of Hiawatha,” a Prologue”