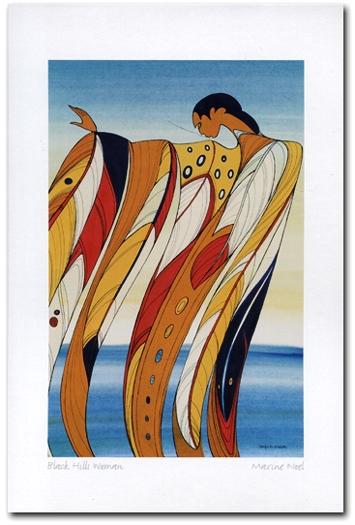 My readers from France love Maxine Noel’s art. I think her art is exquisite and others share that opinion.

Quebec Premier Philippe Couillard waves to the crowd at the Quebec Liberal Party convention in Montreal on Saturday. Ryan Remiorz / THE CANADIAN PRESS

I apologize for not posting sooner. Quebec’s Liberal Party held its convention in Montreal and I was a delegate. Premier Philippe Couillard addressed us. He was reassuring. As you know, he and members of National Assembly have made cuts that many oppose. In the 60s and early 70s, Quebec leaders promised a welfare state.

Access to a free education is an admirable goal, but for this goal to be achieved, the government needs taxpayers. Separatism and terrorism caused many to leave Quebec and the money used to cover the costs of a welfare state is collected through taxation. If people leave, the number of taxpayers is reduced.

Moreover, several workers insist on being paid on a cash basis, nothing is deducted from their income. Tax evasion also precludes a welfare state. It isn’t an option. Why should people who pay their taxes support those who are able to conceal more substantial earnings? I am not discussing the wages of cleaning ladies.

We were amending the constitution. It was a long process. Therefore, I will mention only one topic. It was decided that young Liberals would be given a stronger voice in the Party.

I was a witness to the student strikes of 2012 and felt reticence supporting this amendment. In 2012, students were willing to break the law and they did break the law so their tuition fees would not be raised.

However, I recognize that they are the future. Let them see the bills and let them also see whether or not they have the money to pay these bills.

We escaped a reenactment of the 2012 student strikes this spring. Students started to demonstrate, but injunctions were issued and the Quebec government decided it would not fund an extra semester if students had not completed their term. The 2012 strike cost millions of dollars.

At any rate, what I had witnessed here in Sherbrooke when Liberals last met was a mere sample of what I saw in Montreal. There was a large number of armed policemen and plainclothes security agents. I saw security personnel carrying machine guns. These were in bags, but the bags nevertheless concealed machine guns. One could tell by the shape. As for the delegates, all of us were meticulously screened. There was violence when members of the Liberal Party met in Victoriaville in May 2012.

Cutbacks are painful, but the government has to operate with the money it levies through taxation. Quebec’s prosperity is not endangered. It has untapped natural resources that should allow it to bounce back in the not-too-distant future. Despite cutbacks, we still enjoy universal healthcare and tuition fees will not be out of reach.

However, there are times when one has to step back in order to get a better start (jump): reculer pour mieux sauter. The debt was too heavy.

This post is a Canadiana post, but it belongs to a subcategory: Quebec. The first in this series was Austerity in Quebec. It will appear on a Canadiana page.

There is more to tell about Gabriel Franchère. Moreover, I must report that I was nominated from the “Versatile Blogger” award by Petrel41: Dear Kitty1. WordPress.

I thank our colleague most sincerely. My next post will be devoted to this nomination.