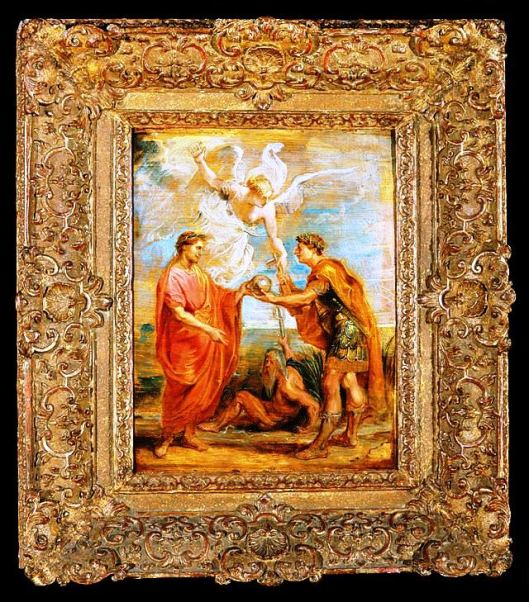 If one is a Christian, one tends to write: “our” religion, or “our” Saviour, as Jesus is named. In all likelihood, a Muslim would also speak of his or her religion as “our” faith.

Many of my readers are Christians, even though some do not attend Mass every Sunday. However, many are not Christians. So I would like to make sure no one is offended by my writing “our” from time to time. I was brought up in Quebec when its French-speaking inhabitants were Catholics but had been influenced by Jansenism. (See Jansenism, Wikipedia.) My mother was a Jansenist, but she didn’t know she was. She had never been told Jansenism even existed and that it had been condemned as heretical.

As for my father, he was a liberal who taught us never to demean people who practiced other religions, spoke another language, dressed differently or belonged to a different race or ethnicity, etc. “Live and let live.” Despite her being a Jansenist sans le savoir (unknowingly), my mother’s teachings were my father’s teachings.

Pascal’s Provincial Letters (1656-1657) is a major work in French literature. It is a satire of Jesuit casuistry, but very well written. It served as a model to Voltaire. Both Jansenism (predestination) and casuistry (moral irresponsibility) were condemned by the Catholic Church. They were extremes.

In fact, as I stated in my last two posts, Pascal would not have defended Jansenism alone. In the Provincial Letters, he attacked the moral laxity advocated by Jesuits, the Society of Jesus, in 17th-century France, at a time when the Church had become very fragmented.

Henry VIII of England had broken with Rome, because Rome would not allow him to divorce Catherine of Aragon. During that period in history and until recently, aristocrats were married to other aristocrats and marriage arrangements were often made when the future spouses were very young. Occasionally, the spouses grew to love one another, but that was not the rule.

One could therefore doubt the validity of such marriages and one can understand why royals had mistresses who, in France, were at times “official” mistresses (maîtresse en titre). Louis XIV had an official mistress, Madame de Montespan (5 October 1640 – 27 May 1707), who lived at court and bore him several children.

It may have been judicious on the part of the Pope to annul Henry VIII’s marriage. It was an arrangement. Had a Jesuit been involved in this matter, I believe he would have advised the Pope that there had not been sufficient consent on the part of Henry VIII and Catherine of Aragon for the marriage to be valid.

Had Princess Diana been told that Prince Charles was not marrying her for love, I doubt that the wedding would have taken place.

At any rate, objectivity is my purpose. I may now return to Blaise Pascal’s Provincial Letters (1656-1657).

My kindest regards to all of you.♥