Relatives had gathered around Lt Kasasbeh’s father (centre) in Amman, the BBC (Reuters)

My colleagues at WordPress have posted articles and pictures about this latest crime, but there cannot be enough voices protesting. So I protest!

At the centre of the above-featured photograph, we see Jordanian Muath al-Kasasbeh‘s father living the worst of nightmares. His son, 26, is inside a cage being burned alive. Lieutenant Muath al-Kasasbeh was a pilot with the Royal Jordanian Air Force, captured by ISIS.

Kenji Gotō, 47, was decapitated on 31 January 2015. He was attempting to save Haruna Yukawa, 42. Both were captured by ISIS. The Japanese are calling Kenji Gotō‘s murder, their 9/11. They stand in disbelief, as did the French and the survivors of the staff of the Charlie Hebdo, twelve died on January 7. The surviving hostages of the Vincennes kosher Hyper Cacher also stood in disbelief. Five Jewish men were killed on 9 January 2015.

Why not a bullet to the back of the head?

“Why not a bullet to the back of the head, Ayman al-Zawahiri helpfully suggested from his hideout in the mountains along the Afghan-Pakistani border?”
George Packer, The New Yorker

Ayman al-Zawahiri, a surgeon, is the Emir of Al-Qaeda. Atrocities have gone so far that even he, Ayman al-Zawahiri, underlined the brutality of ISIS. Dogs “go for the jugular” and kill instantly. Could it be that dogs know better than so-called human beings? This is death by torture, as will be Raif Badawi‘s if he is flogged again. 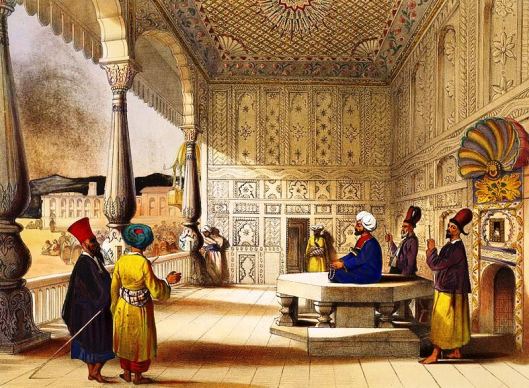 “King Abdullah of Jordan described ISIS today as a ‘criminal and misguided group which is not related in any shape or form to our great faith.’” (Daily Mail, UK)

God would not burn a man alive, no more than Jesus would lower a human being into boiling oil. Jihadi John was holding the knife used to behead Kenji Gotō; God wasn’t! Nor did God set the fire that burned alive an innocent Jordanian pilot. Finally, God will not hold the whip that may kill Raif Badawi.

If anyone is guilty of Apostasy, it’s ISIS

Mr Badawi has been accused of apostasy, an “abandonment of Islam.” Sorry, but let’s look in the appropriate direction. The humans who perpetrated these crimes, naming God, are committing apostasy. In Islam, apostasy

“is commonly defined as the conscious abandonment of Islam by a Muslim in word or through deed. It includes the act of converting to another religion (such as Christianity) by a person who was born in a Muslim family or who had previously accepted Islam.” (Apostasy, Wikipedia)

As King Abdullah II of Jordan stated, ISIS is: ‘a criminal and misguided group which is not related in any shape or form to our great faith.’ (Daily Mail, UK)

Jihadi John, a British national it seems, is insulting Islam. Muslims around the world are afraid they will be associated with terrorism. There’s been a change: so-called Muslims are killing Muslims. ISIS is an enemy-within.

Moaz or Muath al-Kasasbeh, who was burned alive on 3 February 2015, was a Muslim.

President Obama has condemned the murder of Lieutenant Muath al-Kasasbeh, but he has not resigned his functions as President of the United States.

I do not want to suggest that the people of the Middle East cannot build a better road to their own future. They can. They may need a little help, but they can and they will, or…

Nor do I want to suggest that Arabian monarchs are not compassionate. We differ from culture to culture, but as I wrote in an earlier post, human nature is the same everywhere.

I offer my condolences to Lieutenant Kasasbeh’s father, mother, wife, and his children and to every member of Kenji Gotō‘s family and Haruna Yukawa’s.

As for Raif Badawi, I have to trust that King Salman of Saudi Arabia will free him. Your Highness, please show mercy towards Mr Badawi and help the world eradicate so-called Muslims who kill in the name of Allah.

Kings are fathers to their nation.