Isis a terrorist organisation, Isis not Islam under Attack, Jihadism, Michael Zehaf-Bibeau, Muslims not to be blamed, Sharia, the Golden Rule 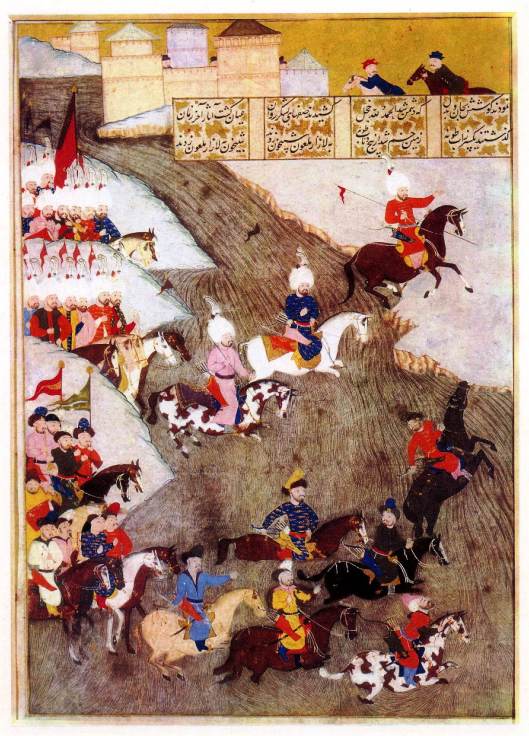 I thought we have come to the end of our discussion over the death of unarmed Cpl Nathan Frank Cirillo, a soldier, on Parliament Hill, in Ottawa, Canada. However, a discussion on Twitter made me realize there was more to tell. During the last few days, a large number of Tweeters have been exchanging tweets trying to explain

This crisis is confusing.

I don’t think we will ever be able to determine precisely why Mr. Zehaf-Bibeau shot Cpl Cirillo and then tried to find his way to a room, the Library, where members of Canada’s ruling party, the Conservative Party, were meeting. However, the killer left a video that may provide valuable information.

As for the coalition’s target, it is not Islam, it is Isis. There is a difference. Isis is a group of terrorists. We have videos showing “Jihadi John” holding a knife, speaking with an east London accent, and having victims about to be decapitated blame their native land for their murder. Isis has beheaded James Foley, Steven Sotloff, David Haines, and Allan Henning, innocent journalists and aid workers. Isis has also beheaded women who lifted their veil and other “infidels.”

Surprisingly, many members of Isis are individuals who have left their country, Britain mainly, to join the militants. Mr. Zehaf-Bibeau was a Canadian citizen who grew tired of waiting for a passport and killed. He wanted to travel to Syria. For the time being, that is all we, ordinary citizens, can ascertain. However, we may know more later. We haven’t seen the video.

The militants Mr. Zehaf-Bibeau wanted to join are engaged in a sectarian civil war. Sectarianism and extremism have long divided the Middle East, to a lesser or greater extent. Earlier in the conflict, in the fall of 2013, Bashar al-Assad authorized the use of chemical weapons that were eventually destroyed, but entire families had died. At the moment, chlorine gas is the chemical weapon of choice.

Meddlers? not so soon

The role the US is playing in the “coalition” has befuddled me, but matters are now clearer. I know that the United States has a bad reputation in the Middle East. They are seen as “meddlers.” The current intervention may therefore be viewed as further “meddling,” not to mention neo-colonialism on the part of the United States. The United States is using drone strikes so it doesn’t put “feet on the ground,” i.e. live soldiers. Drone attacks, however, are blind attacks and may lead to the death of a great many innocent civilians. Strikes also put Americans at risk on their own soil. In other words, President Obama is a reluctant warrior for valid reasons.

However, on 11 September 2001, the United States was attacked by terrorists associated with al-Qaeda, a widely-spread group of terrorists. Its leader, Osama bin Laden, smiled as he watched the towers of the World Trade Centre, the highest buildings in the world, crumble to the ground. Osama bin Laden was killed in 2011 by American commandoes aided by a dog.

The War in Iraq

In the wake of the 9/11 attacks, the United States entered Iraq, a sovereign country, which was an act of war. The decision to enter Iraq has been interpreted as the remains of Manifest Destiny. Prisoners are still being held at Guantánamo, but it would be reasonable to assume that their name is on a list resembling the list of would-be militant jihadists the Royal Canadian Mounted Police (RCMP) has drawn up.

The fact remains, however, that American involvement in the Middle East tapered off beginning in 2008 and ended in 2011. (See Iraq War, Wikipedia.) Beginning in late 2008 early 2009, President Obama and his administration have tried to establish a normal relationship with the countries of the Middle East.

President Obama is not the only reluctant warrior. So are other members of the “coalition.” However, presidents and prime ministers have a duty to protect citizens from persons who have captured and murdered in cold blood. Their role is not easy. Isis is inviting intervention. We mourn the loss of the above-named James Foley, Steven Sotloff, David Haines, Allan Henning, and others. As noted earlier, before killing its victims, Isis makes them read a statement in which they blame their country. It would appear Isis is fishing for a pretext to kill wantonly.

As I wrote in an earlier post and will repeat, the person holding the knife is left-handed “Jihadi John,” who speaks English with an east London accent.

If found alive, “Jihadi John” and friends will be prosecuted, not President Obama, nor British Prime Minister David Cameron, nor Canadian Prime Minister Steven Harper. Members of the “coalition” are in the Middle East because innocent people are not only dying, but dying in a barbaric way. Several Britons who have joined the militants would like to go home, but can’t. They run the risk of getting killed. This is not a “holy” war, if such wars exist.

Sharia: A Woman is stoned to Death

In other words “Jihadi John” and friends are using Islam to kill at leisure. “Jihadi John” wears a mask, literally and figuratively. He is waging what he claims is a “holy” war and, recently a poor woman suspected of adultery was stoned to death. This type of behaviour, called sharia, is atavistic and “unholy,” by any standard. “Jihadi John” is an assassin. He is also a coward hiding behind a cause.

There have long been tensions in the Middle East, sectarianism, and these tensions were exacerbated when the State of Israel was created at the end of the British Mandate on Palestine. Part of Palestine was given to the Jews who had been the victims of the Nazis. Six million Jews were killed by the Nazis. (See the Arab-Israel War of 1948.)

“On November 29, 1947, the United Nations General Assembly adopted Resolution 181 (also known as the Partition Resolution) that would divide Great Britain’s former Palestinian mandate into Jewish and Arab states in May 1948.”

Isis or jihadism in Canada

Jihadism, however, precedes the creation of Israel. The Israeli-Palestinian conflict has been an irritant in the Middle East, but it has no room in the current discussion.

It would be my opinion that Isis represents nothing but itself. It does not represent Islam. Moreover, to my knowledge, no one is at war with Islam. The coalition is fighting Isis (also called Isil [the Islamic State of Iraq and the Levant] and IS).

I will close by repeating that the coalition is fighting Isis, not Islam. Its theatre had been the Middle East and its most visible member, “Jihadi John.” Last week, however, a would-be jihadist, Canadian Michael Zehaf-Bibeau, shot to death Cpl Nathan Frank Cirillo, from Hamilton, Ontario. He then entered the Centre Block of the Parliament buildings in Ottawa, Canada.

Officers of the Royal Canadian Mounted Police chased him as he was running in the direction of the Library. When he started shooting at the barricaded doors, Security guard Sergeant-at-Arms Kevin Vickers killed Michael Zehaf-Bibeau, thus prevented him from harming politicians. Canadian Prime Minister Steven Harper was whisked away to safety.

Political leaders have asked Canadians not to blame Canadian Muslisms for crimes committed by Isis, i.e. the shooting death of Cpl Cirillo, the beheading of journalists and aid workers, etc.

I doubt we will ever know, with absolute certainty, what motivated Michael Zehaf-Bibeau to take a gun and kill. But the Golden Rule still prevails. We cannot do unto others that which we do not want others to do unto us. It is a rule above all rules. It does not impede worshipping, but it forbids acts of terrorism and the use of chemical weapons. It does so in the name of human rights and human civility. Life is sacred.

In short, Isis not Islam is under attack. In fact, it could be argued successfully that no one is meddling in the Middle East, with the possible exception of Isis itself.

The black flag of jihad

2 thoughts on “Isis is under attack, not Islam”