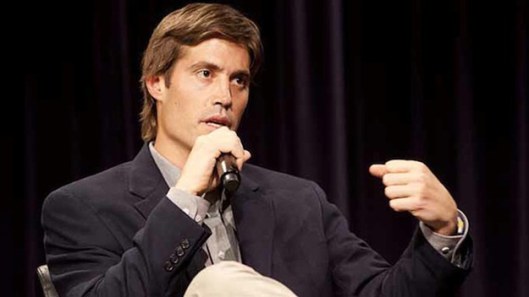 Tragic events have kept me away from my computer for several days. American journalist James Foley was beheaded in cold blood by members of the Islamic State of Iraq and Syria (ISIS) or the Islamic State in Iraq and the Levant (ISIL), a terrorist organisation masquerading as a nation. It appears ISIS is now preparing to murder Steven Sotloff.

I agree with Pope Francis that “it should not be up to a single nation to decide how to intervene in the conflict.” The following is the Pope’s complete statement:

“18 August: Pope Francis, leader of the world’s 1.2 billion Roman Catholics, said that the international community would be justified in stopping Islamist militants in Iraq. He also said that it should not be up to a single nation to decide how to intervene in the conflict.” (See Islamic State in Iraq and the Levant, Wikipedia – the free encyclopedia.)

The killer, or one of the killers, has a British accent. It appears he is a Londoner. David Cameron, the Prime Minister of Great Britain, is therefore taking matters very seriously. It seems the alleged executioner, or one of the alleged executioners, has been identified, but revealing his identity before he is in custody would be a breach of security.

I hope that no single nation retaliate. Terrorism is not a nation. It could be the terrorists might enjoy generating a war. The US and its allies have élite commandos they can deploy. That’s how Bin Laden was found and killed. The terrorists must, of course, release the journalists they have captured.

Also tragic and disturbing is the shooting death of 18-year-old African-American Michael Brown by a white policeman in Ferguson, Missouri. The matter is still under investigation, which prevents conclusive statements. (See Shooting of Michael Brown, Wikipedia – the free encyclopedia.)

Racism, if it was racism, can be curbed considerably through proper education. We underestimate the role of good teachers in this regard.

I extend my condolences to James Foley’s family and friends and wish to tell them how sorry I am for their loss. Nothing is more painful than the death of a child, whatever his or her age.

I also extend my sincere condolences to Michael Brown’s family and friends.