French (left) and British ships (right) at the battle of the Chesapeake (Photo credit: Wikipedia)

The Battle of Chesapeake

The Battle of Chesapeake, fought on 5 September 1781, between a British fleet led by Rear Admiral Sir Thomas Graves KCB (c.1747 – 29 March 1814) and a French fleet led by Rear Admiral Francois-Joseph Paul, the Comte de Grasse, was a victory for American “patriots” and their French allies. (See The Battle of Chesapeake, Wikipedia.)

Although Louis XVI was reluctant to enter actively in the American War of Independence (19 April 1775 – 11 April 1783), he provided financial help to the fledgling North-American republic, as did the Netherlands, Spain and other nations. However, Louis XVI’s resolve not to engage in a costly war was weakened by such figures as Charles Gravier, comte de Vergennes (20 December 1717 – 13 February 1787). The Seven Year’s War had so blemished France’s military might that when France entered the American Revolutionary War, its purpose may have been revenge. In 1778, France  recognized the independence of the Thirteen Colonies and, having been emboldened by the Battles of Saratoga (19 September and 7 October 1777), it entered the American War of Independence ferociously. (See Surrender of General Burgoyne, Wikipedia.) 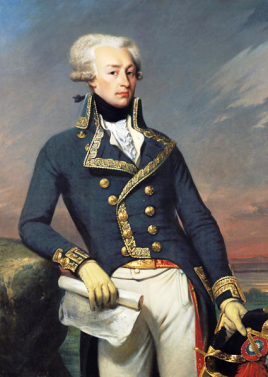 Associated with the American War of Independence were such figures as Benjamin Franklin (6 January 1706 –  April 17, 1790) and Thomas Jefferson (13 April 1743 – 4 July 1826), the third President of the United States. As for the French, they fought Britain enlisting the support of seasoned members of the Ancien Régime‘s military and, particularly, its rebuilt naval forces. Gilbert du Motier, marquis de la Fayette (6 September 1757 – 20 May 1834), is the name that comes to mind when we reflect on this part of American and French history. But other members of the French military also fought on behalf of the United States. In fact, the American Revolutionary War grew into a world war.

Benjamin was a hero to the French before he served as Minister to France (1776 – 1785), a position now referred to as that of ambassador. Franklin was a man of the Enlightenment and a Freemason. He participated in experiments made by French scientists, including Dr Guillotin[I] (28 May 1738 – 26 March 1814). He met Voltaire ((21 November 1694 – 30 May 1778), a fellow Freemason usually considered the leader of the French Enlightenment. Voltaire was approaching death at the time he met Franklin. Franklin was also received at Versailles, the home of the Royal Family, and knew every intellectual in Paris as well as salonniers and salonnières. He earned the title of “the first American.”

Franklin was a polymath, so he learned French easily. Moreover, he became an habitué, or regular, of the Café Procope. Benjamin Franklin loved France and quickly realized that in France much business and diplomacy was conducted in salons and cafés. He would be succeeded by Thomas Jefferson (13 April 1743 – 4 July 1826) as American Minister to France. When Jefferson arrived in Paris, with a few of his slaves, he announced that he was not replacing Benjamin Franklin but “succeeding” him. (See Thomas Jefferson, Wikipedia.) Franklin was also a favourite in the best of Salons. Women adored him.

I am writing a post about Americans is Paris during the last two decades of the 18th  century. I will now return to my original article, but will post the above. The Treaty of Paris, signed in 1783, ended the American War of Independence.

My computer failed me. The hard disk had to be replaced and, afterwards, software had to be reinstalled. It was a lengthy and exhausting process. So let this be an introduction to “Americans in Paris.”

Best regards to all of you.

[I] Dr Guillotin ( 28 May 1738 – 26 March 1814) was a proponent of painless capital punishment, but he did not invent the guillotine. Although it was named after him, the prototype for the guillotine was designed by Antoine Louis (13 February 1723 – 20 May 1792) and the guillotine was first called the louisette.

Surrender of General Burgoyne at the Battle of Saratoga, by John Trumbull, 1822 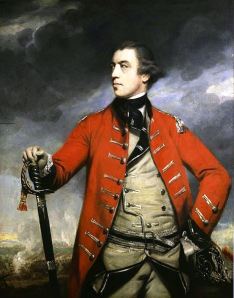