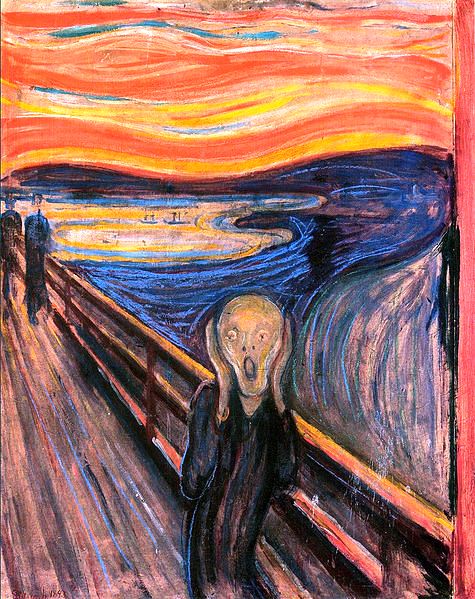 The vigils have begun all over the province.  People have been asked not to converge on Lac-Mégantic itself as the little community cannot accommodate crowds.  Quebecers are therefore praying and lighting candles where they live.

A Story in Progress

I have some information, but what happened has yet to be determined.

For the last several months, the same cab driver picked up Mr Harding, the conductor, in Nantes, where he parked the train, 10 kilometres (6 to 7 miles) outside Lac-Mégantic.  This cab driver, André Turcotte, has said that he is not ready to “crucify” Tom Harding.  Moreover, when he got to his hotel, L’Eau Berge (from “auberge”), a local inn, Mr Harding would often share a beer with François Durand, another customer, before going to his room.  He is a quiet, but likeable fellow.  I now gather, from watching various videos, that Mr Harding has been “suspended” without pay and that his mobility is restricted.  This is, therefore, a story in progress.

The Locomotive and the Brakes

It could be that Mr Harding did not tighten the brakes sufficiently.  However, I have read (La Tribune, 12 July, p. 2) that when a fire started in the locomotive, 10 kilometers away from Lac-Mégantic, in Nantes, firefighters turned off the motor of the locomotive, which may have caused the brakes to loosen up and the convoy of tankers to go down hill on its own.

In other words, did Mr Harding not tighten the brakes or could it be that firefighters inadvertently caused the brakes to malfunction by turning off the motor of the locomotive?  This was a heavy convoy and there was a hill.  The brakes may have failed because of the weight of the convoy and sheer gravity.  Besides, were these brakes adequate and in good order?

At any rate, the tankers went downhill and derailed when they arrived in Lac-Mégantic, which is where the explosions occurred.  According to his taxi driver, when Mr Harding left the train, there was smoke, always.  However, during the night of July 5-6, there was more smoke than was normally the case.

When Mr Harding emerged from the hotel, where he spent one or two nights every week, Catherine Pomerleau-Pelletier, a  waitress at afore-mentioned l’Eau Berge, noticed that the engineer looked aghast.  He had left his convoy parked, unattended, 10 kilometers away from Lac-Mégantic, but it was exploding in the middle of Lac-Mégantic.

The tankers were not safe, nor was the locomotive.  There was smoke all the time.  Moreover, the conductor or engineer was the only person operating the locomotive.  In short, this tragedy is starting to look like a case of negligence.  What are the rules and regulations?

Quebec has teams of persons trained to deal with disasters.  The North-American Ice-Storm of 1998 was a major disaster and an eye-opener.  Some localities were without electricity for three weeks and millions of persons were affected.  Quebec chose the expensive option.  It made sure no ice-storm would cut off the electricity.

So, I hope Quebec chooses the expensive option once again: re-route the tracks, make them safer, impose stiff regulations on railway companies, i.e. safe tankers, safe locomotives, more employees—Mr Harding worked alone!  Moreover, if a train carries crude oil and there is no way of re-routing the railway, that train should not run through a populated area, near houses and businesses.

Trains are a precious commodity.  They can travel rapidly if the tracks are properly built.  Entering or leaving Montreal can be a serious undertaking.  A few years ago, friends and I waited four hours before we could cross the Champlain bridge.  Montreal is an island.  We need a fast and secure train linking Montreal and Sherbrooke.  There are too many heavy trucks travelling on our highways, not to mention too many cars.

Four more bodies have been extricated from the débris and there will be more.

I wish all of you a good weekend. 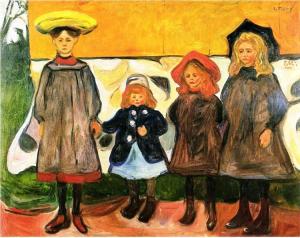 “Edvard Munch (12 December 1863 – 23 January 1944) was a Norwegian Symbolist painter, printmaker, and an important forerunner of expressionistic art. His best-known composition, The Scream is one of the pieces in a series titled The Frieze of Life, in which Munch explored the themes of life, love, fear, death, and melancholy.”  (Edvard Munch, YouTube)