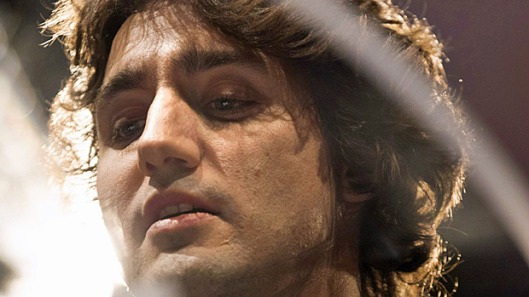 Justin Trudeau was critical of NDP Leader Thomas Mulcair for being what he called “half-pregnant” on the question of Canadian unity. (Chris Young, Canadian Press)

Yesterday, 29 January 2013, Madame Marois did meet with Scottish First Minister, Alex Salmond. However, according to The Star, “Scotland’s independence leader avoided the public spotlight as he was visited Tuesday by Quebec Premier Pauline Marois.” (See The Star and The Canadian Press, Published on Tue Jan 29 2013 [article].)

I am not surprised, why would the First Minister of Scotland get entangled with Pauline Marois‘ effort to break Quebec’s ties with Canada?  Mr Salmond has nothing to gain from such an involvement. (See The Globe and Mail.)  He is seeking independence for Scotland and United Kingdom’s Prime Minister David Cameron has agreed to a referendum to be held in 2014.

In fact, so uneventful was Mr Salmond’s meeting with Madame Marois that it took place between two planned events, listed in his diary for 29 January 2014. He had not made room to see her. I doubt very much that he even had the time to “refuse” to help Madame Marois. (See The Globe and Mail.)

In short, although he received a lovely gift from Madame Marois and spoke with her briefly behind closed doors, Madame Marois’ visit to Scotland was not the high political drama the bevy of journalists who were following her expected. 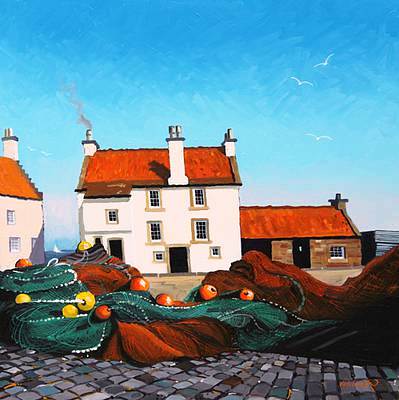 Of greater interest, I believe, is the bill proposed by the New Democratic Party(NDP). The NDP is the federal party that took away all Bloc Québécois seats in Parliament as a result of the Canadian Federal Election, held Monday, 2 May 2011. The Bloc Québécois, a federal, rather than provincial party, is an indépendantiste or sovereignist party. Since the last Canadian Federal Election, it is inactive.[i]

Thomas Muclair’s New Democrats have introduced a bill that would facilitate secession from Canada were a referendum held in Quebec. It would be the third referendum. See Canadian Opposition in the Times UK). However, Justin Trudeau (born 25 December 1971), Pierre Elliott Trudeau‘s son, is opposed to a repeal of the Clarity Act (Bill C-20). (See Clarity Act, Justin Trudeau.)

Under the terms of the Clarity Act (Bill C-20), passed in 2000, there cannot be a “unilateral declaration of independence” on the part of Quebec. For instance, should an indépendantiste or sovereignist party win approval to secede as a result of a referendum, the Federal Government of Canada reserves the right to enter into further negotiations concerning the relationship between Quebec and the rest of what is now Canada.

In other words, should 52% of Québécois and Quebeckers vote in favour of secession from Canada in a referendum, and did so by a narrow margin (52% for; 48% against = 2%), Canada would not consider the results a clear willingness on the part of Quebec citizens to secede from Canada. In fact, whatever the results of a referendum, “secession” can occur only through constitutional reform, not a simple vote.  (See The Globe and Mail.) This view is not shared by Thomas Mulcair’s New Democrats.  (See The National Post.)

So, sovereignty is under scrutiny not in Europe, but right here in Canada, and feathers are flying. 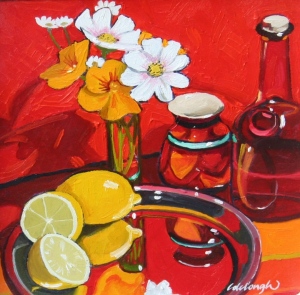 Composition with Flowers and Lemons, by Frank Colclough

The Scottish Agenda: a “Failure”

As for Madame Marois, although she succeeded in being elected Premier of the Province of Quebec, it would appear that some members of her Parti Québécois beg to differ with her with respect to certain policies. (See The Globe and Mail.)

Seasoned Globe and Mail journalist Paul Waldie has been following Madame Marois’ European journey and, in an article dated 28 January 2013, he suggests equivocation, or ambiguity in Madame Marois’ statements to a group of approximately 200 business people in London.  According to Mr Waldie, Madame Marois

“has played down Quebec independence, telling a business crowd in London on Monday that there is no referendum in sight and that the province is open for business.” = no referendum

She is also reported not to have mentioned Mr Salmond in her speech to British businessmen.  Paul Waldie writes that

“[i]nstead, she only briefly mentioned sovereignty, saying that she hopes that one day Quebec ‘will be a part of the concert of nations.’”

“But she added: ‘This, of course, is an internal debate and a decision regarding Quebec independence will be made only when Quebeckers are ready.’” (See The Globe and Mail.)

As for lowering the voting age for a referendum on sovereignty, Mr Waldie reports that,

“[w]hen asked whether she would like to drop the age for a referendum on sovereignty, she replied: “Until now that is not the case, but maybe one day.” (See The Globe and Mail.)  = not now

Again, members of the Quebec National Assembly beg to differ:

“[t]he Quebec Liberals as well as the Coalition Avenir Québec party have refused to embrace the idea of lowering the voting age.” (See The Globe and Mail.)

Mr Waldie’s also reports that Madame Marois’ Parti Québécois faces opposition on the part of Canada’s Federal Government, which takes us back to the Clarity Act:

“The Clarity Act, passed by the Canadian Parliament in 2000, makes a similar deal difficult to strike. The legislation says secession can occur only through constitutional reform, not a simple vote. It also puts restrictions on the question that can be asked in a referendum and how large a majority is required for a Yes vote.” (See The Globe and Mail.)

Moreover, as noted above, there seems to be dissent within the ranks of the Parti Québécois. We know that Pierre Duchesne, the Quebec Government’s Minister of Higher Education, Research, Science and Technology, will not entertain the idea of free tuition during his great Summit.

Given his position regarding free tuition, Pierre Duchesne is making Madame Marois’ promises to students seem less than realistic and more clearly manipulative, which takes us back to lowering the voting age.

I believe that Madame Marois’ European journey may have been an attempt to justify the manner in which she won the Quebec General Election on 4 September 2012. Had Mr Salmond agreed to help her, albeit in one respect only: lowering the voting age, she would have come back to Quebec standing taller. She would have had the support of a greater leader.

Quebec had its revanche des berceaux (revenge of the cradle). Until 1960, its high birthrate kept Quebec’s population growing. As good Catholics, Quebec women did not use contraceptives. However, seeking a “yes” vote from sixteen-year-olds and seventeen-year-olds shows fear of losing a possible referendum and it tends to confirm suspicions that Madame Marois manipulated students during the events, a long and disruptive strike, that led to her electoral victory.

In short, Madame Marois reassured Europeans. Quebec is open for business. However, she now seems a lesser Premier.  As for Mr Salmond, he received a lovely gift from Madame Marois.

[i] The players in the last Canadian Federal Election were:

Sitting in Parliament are Stephen Harper (Conservative), Thomas Mulcair (born October 24, 1954; NDP) and the Liberal Party, whose members are in the process of choosing a new leader. Michael Ignatieff, its former leader, was defeated in his own riding during the last election, as was Gilles Duceppe. Thomas Mulcair is replacing deceased New Democrat leader Jack Layton (July 18, 1950 – August 22, 2011).