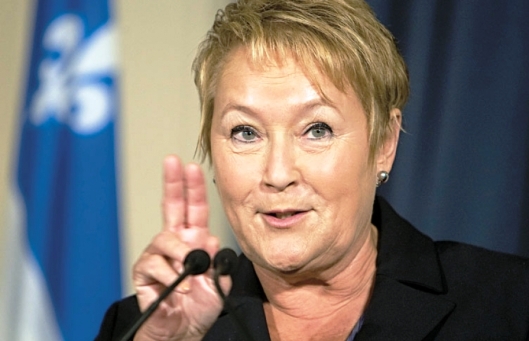 Madame Pauline Marois (born March 29, 1949) would like to lower the voting age to 16 years old, as would Scottish First Minister Alex Salmond.  Madame Marois was in London yesterday, but, after attending Davos (World Economic Forum (WEF), she will be traveling to Scotland to discuss this matter (sixteen-year-olds voting) with her homologue (counterpart) Alex Salmond (born 31 December 1954).

Quebec Premier Pauline Marois has been described as an “opportunist.” (See Related Articles). We can now add that she will travel to great lengths to achieve her goals and reveal, by trying to justify her behavior, the manner in which votes may have been obtained in the September 2012 Quebec General Election. 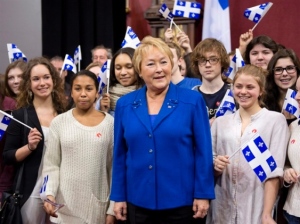 2) Pierre Duchesne: Monsieur Duchesne says “no,” for the moment, to the idea of tuition-free education for Québécois and Quebecers

Below, please find a correct, but general, rather than literal, translation, I moved a clause, of the above statement. My quotation was taken from the 27 January 2013 issue of the French-language newspaper La Presse.

“For the first time today, as part of the discussions preceding his great Summit on Education, Pierre Duchesne, [Quebec’s] Minister of Higher Education, told advocates of free tuition that the idea of free tuition would not be contemplated [during the Summit].”

It may be hasty to confirm that Pauline Marois, the Premier of Quebec, made promises she could not and cannot respect. However, her [presumed][i] attempt to enlist the help of Scottish First Minister, or use him as an example, suggests that she is seeking the support of very young students. Her traveling to Scotland also suggests that during the last Quebec General Election, 4 September 2012, students may have been used or manipulated so Pauline Marois could further personal goals.

A third referendum: “to separate” or “not to separate” from Canada, may be held sooner than later. (See CBC News)

Will Scotland’s possible or probable example make it easier for Madame Marois to lower the voting age to 16 years old?

Quebec Premier-elect Pauline Marois and her husband, Claude Blanchet, are among the dignitaries attending the funeral services for Denis Blanchette Monday, September 10, 2012 in Montreal. Richard Bain is charged with first degree murder in the shooting death of Blanchette and wounding another man outside the Parti Québécois election night rally. THE CANADIAN PRESS / Ryan Remiorz

This post was written yesterday evening, 27 January 2013, but I could not finish it because my very punctual cat started biting my clothes in an attempt to separate me from my computer? What, a separatist!

I have therefore updated the News links below.