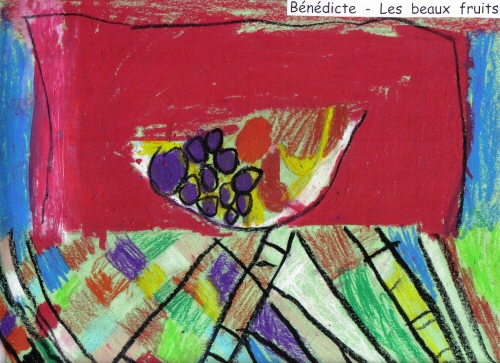 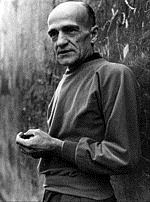 I found two CBC (Canadian Broadcasting Corporation/ Radio-Canada) documentaries concerning Refus global (Total Refusal).  I kept expecting to view a video, but there was no video just words.  Therefore, in order to listen to the recordings one must scroll down to the bottom of a black space and press on the start button, the triangle.  There are no pictures, but there is a text.

However, before listening, it would help to read the following comments.  I had to listen two or three times to understand some of the words.

The Manifesto was launched at a bookstore: Henri Tranquille‘s FR[i] bookstore.  The second floor of the bookstore was a large area where artists could exhibit their work.  Their art was becoming less and less figurative or representational.

Alfred Pellan,[ii] is the artist who had studied in Paris and returned to Montreal transporting a large quantity of works demonstrating that art could follow new paths.  The signatories of Refus global learned about André Breton‘s “pure psychic automatism.”

André Breton, the founder of Surrealism, wrote the Surrealists’s Manifesto in 1924 (Manifeste du surréalisme).  Borduas had also traveled to France and was acquainted with various “isms:” Cubism, Fauvism, the work of Joan Miró and Breton’s Surrealism.

According to one of the narrators, the Great Depression was a catalyst in Borduas’s rapid shift from representational art to non-figurative art.  Poverty is unbelievably humiliating.  In Refus global, Borduas makes a list of the fears of Québécois, one of which is poverty.

“In the vain hope of erasing their memory, I will name the things we feared:
fear of prejudice, fear of public opinion, fear of persecution and general disapproval
fear of being abandoned by God and by a society that invariably leaves us to our lonely fate
fear of ourselves, of our brothers, of poverty
fear of the established order, of the mockery of justice
fear of new relationships
fear of the irrational
fear of needs
fear of the floodgates that open onto our faith in man, of the society of the future
fear of anything that could inspire in us a transforming love
blue fear – red fear – white fear: each one another link in the chain that binds us.”

It would be my opinion that Borduas’s use of the word “Christianity” refers to a powerful and then repressive human institution.  Jesus of Nazareth was a Jew who lived in Palestine, which, at the time, was controlled by Rome.  Jesus is not the founder of a Church; a Church was founded in his name.

In the second documentary, one of the narrators calls Borduas “un penseur,” a thinker, an intellectual who attracted students to his house, rue Napoléon.  One of the institutions named in the documentaries is le Collège Sainte-Marie, a fine Jesuit school where theater was promoted: le théâtre du Gesù.

“We are a small people, the product of a Jansenist colony, isolated, defeated,left a powerless prey to all those invading congregations from France and Navarre that were eager to perpetuate in this holy realm of fear (in-fear-is-the-beginning-of-wisdom!) the blessings and prestige of a Catholic religion that was being scorned in Europe. Heirs of papal authority, mechanical, brooking no opposition, past masters of obscurantist methods, our educational institutions had, from that time on, absolute control over a world of warped memories, stagnant minds and misguided intentions.”

Paul-Émile Borduas refers to Jansenism (4th paragraph).  My posts on Phèdre tell that story.  Many of the early settlers of New France were Jansenists.  They arrived on the North-American continent during the seventeenth century, the Jansenist era.  Predestination was a tenet of Jansenism.  Like Jean Racine’s Phèdre, many Québécois felt they had been abandoned by God:  “fear of being abandoned by God.”

However, French-Canadians had also been abandoned by society, by France, and many of the “Patriotes” of the 1837-1838 Rebellion EN had died.  A dozen or so were hanged and 58, deported to Australia, then called Nouvelle-Hollande.  They were soon returned to their homes, but exile had nevertheless transformed them into martyrs.

The French-language Wikipedia entry on the Rebellion of 1837-1838 FR provides a more detailed account of the events of 1837-1838 than the English-language entry.

I have written a short biography of Paul-Émile Borduas.  It is still a draft, but it will be posted.  The art displayed in this post is not yet the abstract l’Étoile noire and Froissement (Wrinkling), shown at the very bottom of this post.  One of the persons interviewed by the CBC/ Radio-Canada states that the Refus global signatories rejected everything.  Global or Total is Global, Total.  But there is some expression of hope.  Borduas speaks of a “future collectivity” (near the end of the document).  He expresses “hope” as does his art and that of his students, not to mention Refus global/ Total Refusal itself.  Refus global clears the table (Descartes‘s tabula rasa).

“A new collective hope will dawn.

It is already demanding the passion of exceptional insights, anonymous union in renewed faith in the future, in the future collectivity.”

There is fear, but “in-fear-is-the-beginning-of-wisdom!” (fourth paragraph) 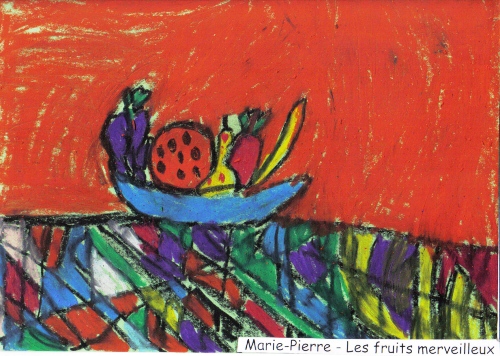 _________________________
[i] There is a CBC/ Radio-Canada) documentary, an interview, about Henri Tranquille.  The interviewer speaks European French and Henri Tranquille has a Quebec accent.  It is a precious testimonial which should be translated.  Among other things, Tranquille speaks about the Index or List of Prohibited Books. The police could investigate.
http://archives.radio-canada.ca/arts_culture/litterature/clips/15809/
[ii] Alfred Pellan and Borduas were not friends.  Pellan had received the first scholarship allowing a Quebec artist to study in Paris.
RELATED ARTICLES
Refus global: the Index librorium prohibitorum (November 6, 2012)
A Glance at Refus global & the News (November 4, 2012)
Phèdre’s “Hidden God” (October 8, 2012)
Jean Racine, Gabriel Fauré & Alexandre Cabanel: a Canticle (October 6, 2012) 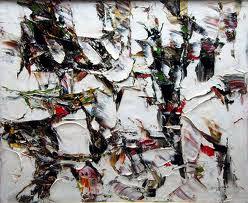