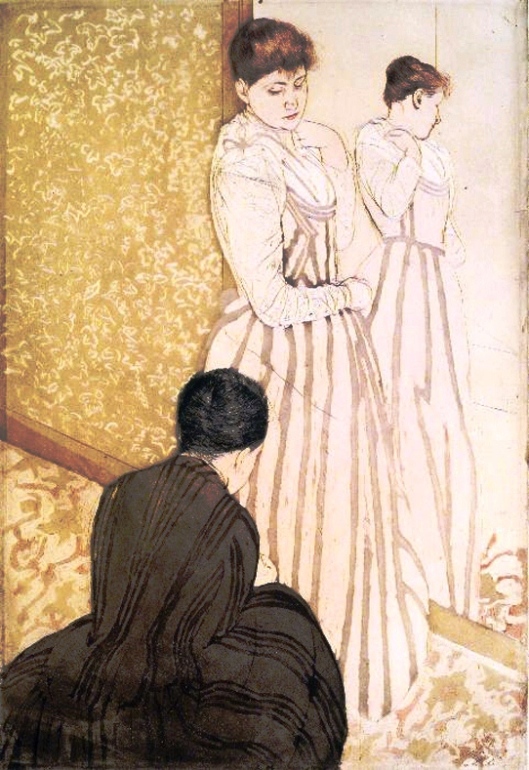 Barack Hussein Obama II: The President of the United States of America

Yesterday, I was too tired to write a blog.  I had stayed up to watch the results of the election.

As for Mr Romney, he was gracious in defeat and he seemed freed of the constraints of extremists in the Republican Party.  President Obama spoke with Governor Romney and they may speak again.  It is too soon to tell in what capacity Mr Romney could help his country, but discarding talent or humiliating people is not the President’s approach.  Remember my little blog on the Five Presidents.  But to return to Mr Romney, according to a close friend, he “would be willing to work for Barack Obama.” (The Telegraph, UK).  This link may be corrupt as well as links listed under NEWS.  I inserted them yesterday, but they may lead to today’s news.

I am featuring Mary Cassatt (May 22, 1844 – June 14, 1926).  Artist Mary Cassatt was born in the United States, but lived in France for most of her adult life.  She ended up befriending Edgar Degas, joined the Impressionists, and was influenced by Japonisme.  Mary Cassatt did not marry.  She felt she could not be a wife, a mother, and an artist. However she painted women, especially women as mothers and she made lovely portraits of children.

Being a woman proved an obstacle to Mary Cassatt’s career.  She could not enter schools such as France’s École des Beaux-Arts, in Paris.  However, the Impressionists opened a few doors for her and her art remains.  She has left a precious legacy.

In 1894, Mary Cassatt was described by Gustave Geffroy [i] as one of “les trois grandes dames” of Impressionism alongside Marie Bracquemond and Berthe Morisot.  Women called “grande dame” are very rare.