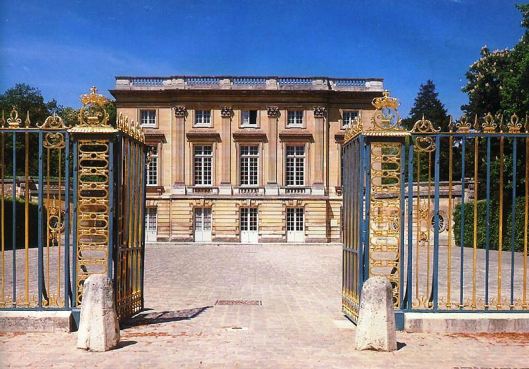 C’est mon ami is a delightful song composed by Marie-Antoinette (2 November 1755 – 16 October 1793).  It is discussed in a blog which you may like to see.  The link to this blog is Tea at Trianon C’est mon ami.[i]  The blog Tea at Trianon is devoted to several aspects of Marie-Antoinette‘s life.  As for this article, it is less ambitious.  I will focus mainly on the song (music and lyrics), but will point out first that:

Marie-Antoinette’s reputation needs rehabilitation.  The Marie-Antoinette we know is a queen who was not sensitive to the needs of the French nation at a time when the French could barely put bread on their table.  However, the “let them eat cake” is probably apocryphal and although rumour has it that she was a lesbian, which may be true, this information is mostly irrelevant.  She was, however, extremely slow in consummating her marriage to Louis XVI.

It is true that although she married the Dauphin,[ii] Louis XVI, in 1770, at the age of 15, the marriage was not officially consummated until the 30 August 1777, three years after the death of Louis XV.  Marie-Antoinette was then 22.  She gave birth to a daughter, Marie-Thérèse Charlotte, called Madame Royale, on the 19 December 1778.  On the 22 October 1781, she gave birth to a son, Louis Joseph Xavier François, Dauphin of France.  After the birth of the Dauphin, her duties as the wife of Louis XVI, a king, had been fulfilled.

It is also true that she was a victim.  Marie-Antoinette was condemned to death and executed by guillotine on 16 October 1793, nine months after the execution, by guillotine, of Louis XVI, her husband.  Louis XVI was executed on 21 January 1793.  Neither should have suffered such a terrible fate. 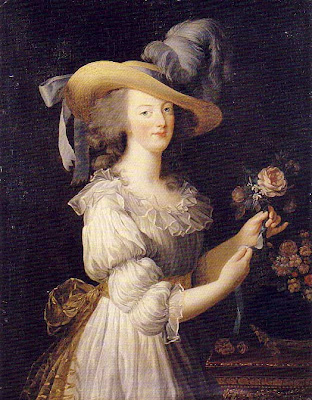 Which takes us to Marie-Antoinette’s gifts, the most important of which was music. Marie-Antoinette loved music and was a composer.  Recordings have been made of her music.  You will find a list of recent recordings by clicking on Music or on the following link: http://www.ladyreading.net/marieantoinette/mus-en.html.

In Austria, Marie-Antoinette had studied under composer Christoph Willibald Gluck, whose patron she became as Queen of France.  However, in France, her teacher was le Mozart noir, Joseph Bo(u)logne, Chevalier de Saint-George (25 December 1745 – June 10, 1799), a prolific composer, born in Guadeloupe to a white French plantation owner, Georges Bologne de Saint-George, and to Nanon, a Wolof former slave. 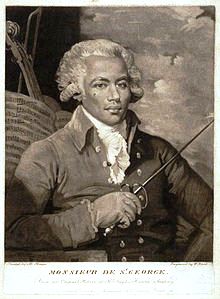 Marie-Antoinette composed the music to C’est mon ami and Jean-Pierre Claris de Florian set lyrics to her music.  It has been suggested that Marie-Antoinette wrote both the music and the song, which, to my knowledge, has not been confirmed.  I am providing links to related blogs, but the pleasant surprise is the short song.

“Plaisir d’amour,” sung by Marian Anderson (lyrics by Florian)
The News & the Music of Frederick the Great
The Duc de Joyeuse: Louis XIII as a Composer
Terminology, the Music of Louis XIII & the News
The English translation is mostly literal and based on a translation found in a comment following the author’s post, at:
http://teaattrianon.blogspot.ca/2007/09/cest-mon-ami.html

C’est mon ami is a bucolic or pastoral song.  Mon ami, my friend, is a shepherd.  The song therefore belongs to a tradition dating back to Giovanni Battista Guarini‘s Pastor Fido (The Faithful Shepherd), published in 1590.  The tradition was kept alive in various seventeenth-century salons where salonniers and salonnières enjoyed making believe they were shepherds and shepherdesses.  It was also kept alive in L’Astrée, a lenghty novel written by Honoré d’Urfée (11 February 1568 – 1 June 1625) over several years and published between 1607 and 1627.

In the Petit Trianon, a small castle built for Madame de Pompadour  (29 December 1721 – 15 April 1764)[iii] but given to Marie-Antoinette by Louis XVI, Marie-Antoinette liked to imagine she was a shepherdess.  The castle had been built on the grounds of Versailles.  So here is our pastoral song.

Ah, if there is in your village / a sensitive and charming shepherd / whom one cherishes from the first moment / and then loves even more

[i] There are several websites devoted to Marie-Antoinette as composer.

[ii] During the Ancien Régime, before the French Revolution, the heir to the throne was called the Dauphin.

[iii] Madame de Pompadour (29 December 1721 – 15 April 1764) was Louis XV’s chief mistress from 1745 until her death.  She died of tuberculosis before the Petit Trianon was completed.  However, she participated in designing it.  Her most notorious successor as chief mistress (Maîtresse-en-titre) was Jeanne Bécu, comtesse du Barry (19 August 1743 – 8 December 1793).  The poor woman was executed by guillotine.