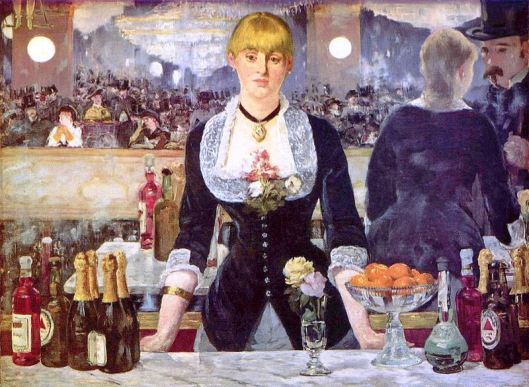 A Bar at the Folies-Bergères, by Édouard Manet*

Today will not be my best day as a blogger, as today is the day Quebec elects a Premier, which is a pre-occupation.  But I would like to quote Oliver Wendell Holmes, Jr (8 March 1841 – 6 March 1935) with respect to a citizen’s obligation to pay taxes.  “Taxes are what we pay for civilized society,” he wrote in Compañia General de Tabacos de Filipinas vs. Collector of Internal Revenue 275 U.S. 87, 100 (1927).  I know very little about Mr Holmes, but he was mentioned in a document I read, which prompted me to investigate a little, but not to an extent that would allow me to express opinions about him.  What I know is that he was an “American jurist who served as an Associate Justice of the Supreme Court of the United States from 1902 to 1932.”

Let me repeat my quotation:

Taxes are what we pay for civilized society.

As for the post I published yesterday: The River Runs Deep… Thoughts on the United States and Quebec, what I wrote is relevant.  There is not only a personal subconscious, but also a collective subconscious (Wikipedia).  This theory is part of a precious legacy.  It was formulated by Swiss-born Carl Gustav Jung (26 July 1875 – 6 June 1961), the famed “psychologist and psychiatrist who founded analytical psychology” (Wikipedia).

the existentialists: We can shape our lives

Although there is a collective subconscious, we can to a large extent break away from it.  The existentialists also left a message.  Put in a nutshell and simplified, this message is that we can shape our lives.  In fact, we can do so not only at a personal level but also at a collective level.

Garibaldi, a founder of Italy as a unified state, offered his services to President Abraham Lincoln, but would not act if slavery was not abolished.  So although slavery may not have been perceived as unethical to plantation owners, it was perceived as very wrong by Giuseppe Garibaldi (4 July 1807 – 2 June 1882).  And among plantation owners, many treated their slaves with a degree of respect, as all human beings should be treated.  It could be that they knew, in their heart of hearts, that slavery was morally unacceptable.