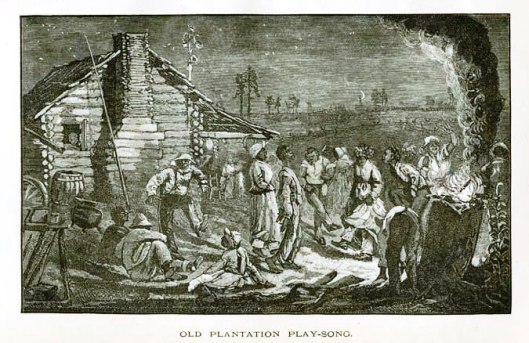 Georgia on my Mind

However, the song did not become a “hit” until Ray Charles included it in his 1960 album entitled The Genius hits the Road. Then, several years later, on 7 March 1979, Charles performed the song for the members of the Georgia General Assembly. It seemed a celebration of the Civil Rights Act of 1964 and of the Voting Rights Act of 1965. A month later, it was adopted as the official state song of the U.S. state of Georgia. (Wikipedia) 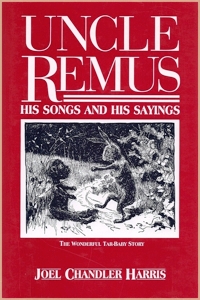 2) in the various versions of Reynard the Fox, the first of which is Nivardus of Ghent’s the Ysengrimus (1148 or 1149) a long — 6,574 lines of elegiac couplets — epic Latin fabliau or fabliaux and the birthplace of Reinardus or Reynard.

Born Reinardus, in Nivardus of Ghent’s Ysengrimus, the above-mentioned mock–epic poem, Reynard is indeed the trickster par excellence, the wolf, his nemesis, are anthropomorphic animals, which means that they have human attributes, the most important of which is their ability to speak. In literature, authors use speaking animals to say something without saying it. Such narratives are often described, in French, as a dire-sans-dire (to say without saying) and are usually defined as an oblique discourse.

Assuming that Joel Chandler Harris, who lived in Georgia, is not Uncle Remus, how did Uncle Remus, a black raconteur also living in Georgia, learn Æsopic fables and Reynard stories? Provenance is our first mystery.

In the middle of the 19th century, La Fontaine was translated into the various patois or dialects, créole in fact, of the French Carribbeans.[i] But, with respect to the tales of Uncle Remus, my best hypothesis would be that Uncle Remus heard his tales from Acadians[ii] deported as of 1755. Many of the ships filled with Acadians sailed down the east coast, from colony to colony, but the deportees were refused asylum by British colonies north of Georgia because they were Catholics. In Georgia, they were finally allowed to disembark.

The deported Acadians had spent weeks on ships. They had lost their homes and had been separated from wives, husbands, brothers, sisters, and other loved-ones. So, although they were not persons of colour, they were poor, deprived of their families and they had been exiled. In all likelihood the deported Acadians befriended the slaves rather than their owners.

As mentioned above, what I have written is hypothetical, but it makes sense. Just as it makes sense that the melody of Oh Shenandoah could have been a voyageur melody. As we know, there was a voyageur, Bonga, a name that could be derived from bon gars (good guy), who could easily have transmitted the melody. In fact, Bongas may have been a former black slave who had lived in Louisiana. 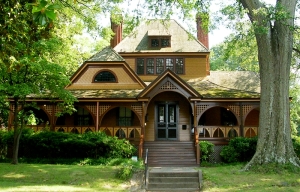 Br’er Rabbit and the Tar-Baby, drawing by E. W. Kemble from The Tar-Baby, by Joel Chandler Harris, 1904

The Tar-Baby story is a key story, if not the key story, in Joel Chandler Harris’s Uncle Remus.  In the Tar-Baby story, Br’er (Brother) Fox makes a doll covered with tar and turpentine. Br’er Rabbit sees the doll and starts punching it because it will not respond to him. As a result, Br’er Rabbit gets stuck to Tar-Baby. In order to be freed, he begs Br’er Fox not to throw him in the briar patch. Br’er Fox does not suspect a ruse, so he throws Br’er Rabbit in the briar patch and the rabbit is again free.

So now we know, albeit hypothetically, how Reynard the trickster might have travelled to Georgia and we also know that Br’er Rabbit proved the better trickster than Br’er Fox. In North America, the fox ceased to be a trickster. Finally, we can understand why Reynard stories and La Fontaine’s largely Æsopic fables were told to a black slave rather than a white man.

“Tar baby” has since been used as a metaphor. It describes a sticky situation that intervention makes even stickier. The more you try to solve a problem, the greater the problem.  But according to Wikipedia, “tar baby” has become a racial slur. The best is to quote Wikipedia.

“Several United States politicians—including presidential candidates John Kerry, John McCain, Michele Bachmann, and Mitt Romney—have been criticized by civil rights leaders, the media, and fellow politicians for using the “tar baby” metaphor. An article in The New Republic argued that people are “unaware that some consider it to have a second meaning as “a slur” and it “is an obscure slur, not even known to be so by a substantial proportion of the population.” It continued that, “those who feel that tar baby’s status as a slur is patently obvious are judging from the fact that it sounds like a racial slur”. In other countries, the phrase continues to refer to problems worsened by intervention.” (Wikipedia)[ii]

For the time being, I will continue to look upon The Tales of Uncle Remus as the moment when Reynard stories and Æsopic fables sailed down to Georgia with the deported Acadians (“Cajuns,” US) and were told Uncle Remus and committed to writing by Joel Chandler Harris who used an eye dialect, or nonstandard spelling replicating, more or less, African-American pronunciation. So there may exist a French connection to The Tales of Uncle Remus, except that in North America the rabbit will replace the fox and that tales originating in India were undoubtedly reshaped by an African collective unconscious. In other words, deported Acadians would have told Remus his tales, just as the voyageurs, perhaps Bongas himself, gave its melody to Oh Shenandoah, thereby creating another French connection. And, in the case of The Tales of Uncle Remus, we owe a debt of gratitude to Joel Chandler Harris who took the time to commit the tales he heard to writing. It is sad, however, that tar being black, tar baby should be acquiring a racial connotation.

The Song of the South

In 1946, Walt Disney produced the Song of the South, a film based on Uncle Remus. There is a video of this song on YouTube, which I am not embedding.

I have written several posts on Reynard the Fox and have included links to these articles.

_________________________
[i] Another possible source could be a “version of La Fontaine’s fables in the dialect of Martinique [that] was made by François-Achille Marbot (1817–66) in Les Bambous, Fables de la Fontaine travesties en patois” (1846). In the middle of the 19th century, La Fontaine was translated into Creole and associated patois (dialects). (Wikipedia)
[ii] The word Acadie is derived from the Mi’kmaq “algatig.”
[iii] See TimeUS.