Fido tells me that one is never too late with the news because it is forever updated.  As soon as an event takes place, the computer gets the necessary information. 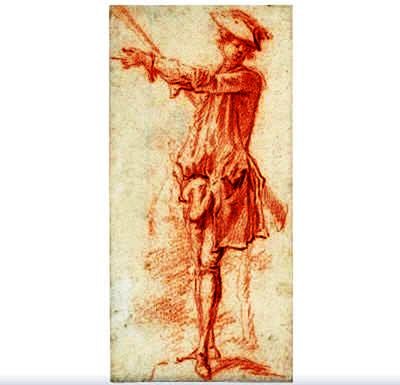 In The Aristocrat as Art,[i] Domna Stanton states that “the quintessential prototype of the honnête homme was the Greek philosopher, the incarnation of virtue, of the golden mean, and the source of such fundamental notions as human sociability. It was only as eminently social beings, devoid of pedantry, that Greek philosophers earned the label honnête: ‘People can only imagine Plato and Aristotle in the long robes of pedants,’ protested Pascal.” 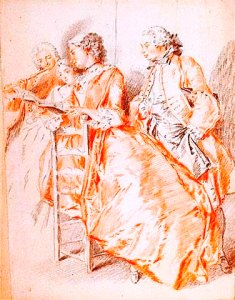 In seventeenth-century France, l’honnête homme practiced a degree of sprezzatura, an art that did not seem to have been learned or “art that does not seem to be art.” For instance, as François VI, Duc de La Rochefoucauld, Prince de Marcillac (15 Septembre 1613 – 17 March 1680) wrote « L’honnête homme ne se pique de rien. » Maximes 203 (L’honnête homme [the courtier] never boasts [or is never “piqued”] about anything).[ii]  We can therefore assume that, conversely, l’honnête homme is also capable of containing his anger: un peu de retenue (take it easy).

In this respect, Molière‘s Philinthe (Le Misanthrope) is the embodiment of honnêteté.  At court or in one of the salons of seventeenth-century France, he would not tell a woman that she has applied too much makeup.  This would be the truth, or what Alceste the misanthrope calls sincerity, but it would also be offensive.  In such cases, l’honnête homme practices a morally acceptable form of mental reservation, so as not to hurt another human being, in which he is behaving according not only to the dictates of honnêteté, but also according to a moral or ethical code.  « Le style c’est l’homme même. » (Georges-Louis Leclerc, comte de Buffon)

There can therefore be communion between galant behaviour and the respect due every human being, whatever his or her place in society.  It is called charity and there cannot be grace, grazia, sprezzatura, honnêteté, where there is no charity or compassion.  In seventeenth-century France, deceptive appearances, Pascal’s puissances trompeuses, were considered the greatest of ills.  It remains however that honnêteté, cannot be altogether superficial.  One cannot play honnête homme no more than one can feign devotion.

In Molière‘s Tartuffe, no one is fooled by the falsely devout Tartuffe, except Orgon, a pater familias who needs to be tyrannical with impunity and his mother.  Everyone else knows that Tartuffe is a faux-dévot (falsely devout) except Orgon who needs a casuiste under his roof so he can sin with impunity while Tartuffe eats heartily and coveits his wife.  He tells her that he knows how to lift scruples;  that if she fears offending God (le Ciel [heaven]), this is an obstacle he can remove. (IV.5)

If every member of Orgon’s family, other than Orgon himself, can detect hypocrisy where hypocrisy there is, l’honnête homme will quickly see affectation in a would-be honnête homme, which would exclude this would-be honnête homme from the state of grace he would like to achieve.  Grace has to be natural or internalized in the manner most of us internalize what we are taught as children.  L’honnête homme is an honest man and among his virtues, we find a sense of justice and the realization that one has duties or obligations. 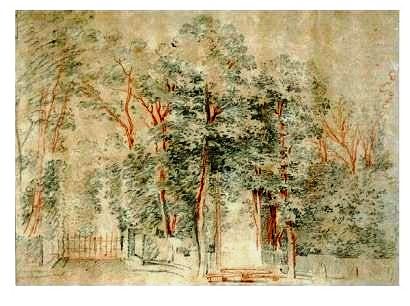 “In Book II, Quintilian sides with Plato’s assertion in the Phædrus that the rhetorician must be just: ‘In the Phædrus, Plato makes it even clearer that the complete attainment of this art is even impossible without the knowledge of justice,’ an opinion in which I heartily concur.” (Quintilian 2.15.29, quoted in Wikipedia)

Castiglione had also read Cicero‘s (January 3, 106 BC – December 7, 43 BC) recently translated (1511) De Officiis (On Duties or On Obligations).  According to Cicero, our courtier has duties or obligations.

In Italy, the common belief was that the courtier had to be an aristocrat.  Yet Castiglione notes that honnêteté coud be innate, but that one could also be innately incapable of honnêteté:

Truth it is, whether it be through the favour of the starres or of nature, some there are borne endowed wyth suche graces, that they seeme not to have bene borne, but rather facioned with the verye hand of some God, and abounde in all goodnesse bothe of bodye and mynde. As againe we see some so unapte and dull, that a man wyl not beleve, but nature hath brought them into the worlde for a spite and mockerie.  (First Book of The Book of the Courtier)[iii]

Consequently, noble birth did not guarantee sprezzatura.  It is altogether possible to be “borne endowed wyth suche graces” just as it was entirely possible for nature to deny an individual the possibility to acquire sprezzatura. “As againe we see some so unapte and dull, that a man wyl not beleve, but nature hath brought them into the worlde for a spite and mockerie.” (quoted above)

In this respect, it should be noted that one of the goals of French seventeenth-century salons, before and after runaway préciosité consisted in teaching aristocrat good manners.  One does not clean one’s teeth at table using a hunting knife as a toothpick. Many aristocrats were soldiers whose manners left a great deal to be to be desired.

In fact, when Catherine de Rambouillet, “l’incomparable Arthénice (an anagram of Catherine),” (1588 [Rome] – 2 December 1665), opened her salon, rue Saint-Thomas- du-Louvre (between the Louvre, the King’s castle before Versailles was built, and the Tuileries), she provided a meeting-place for individuals who wanted to be in refined surroundings and speak well.  Court had yet to be courtly.  For instance, Marie de’ Medici, Henri IV’s wife, was not the sort of person well-mannered individuals would invite to dinner.  For one thing, she spoke atrocious French.

So both aristocrats and bourgeois found their way to la chambre blue d’Arthénice, Madame de Rambouillet’s blue room, and mingled with one another.  Pascal, La Fontaine, Charles Perrault, Jean-Baptiste Colbert, etc. were honnêtes hommes, but not aristocrats.  There is an aristocracy above aristocracy: an aristocracy of the mind and of the soul.

Speaking well, éloquence, was central to honnêteté.[iv]  Quintilian (c. 35 – c. 100) was the author of Institutio oratoria (95 CE) and Marcus Tullius Cicero (106 BC – 43 BC) De Oratore (55 BCE).  L’honnête homme, practiced contenance, réserve, retenue, discrétion, sagesse, modération, but above all he spoke and wrote well.  Buffon was elected to the Académie française (1753) mostly one the basis of his  Discours sur le style (“Discourse on Style”), which he had pronounced before the Académie française.  Let us hear him speak about writing: “Writing well consists of thinking, feeling and expressing well, of clarity of mind, soul and taste…. The style is the man himself” (“Le style c’est l’homme même”).  Buffon had detractors, but if one cannot express a thought, does the thought exist…  Thoughts have to be formulated.

Richelieu and the French Academy

It is in no way surprising that the first French academy was l’Académie française, established in 1635 by le Cardinal Richelieu. The French Academy, the first of the five academies, ruled over matters pertaining to language.  Richelieu could not let language be didacted by salonniers and salonnières, people who attended seventeenth-century Salons (see Catherine de Rambouillet), where Préciosité flourished.  A calamity!

With respect to language, see The Book of the Courtier.

However, the points I want to make are

I will therefore close by quoting, once again, Wikipedia’s entry on Baldassare Castiglione.

[t]he perfect gentleman had to win the respect and friendship of his peers and of a ruler, i.e., be a courtier, so as to be able to offer valuable assistance and advice on how to rule the city. To do this, he must be accomplished—in sports, telling jokes, fighting, poetry, music, drawing, and dancing—but not too much. To his moral elegance (his personal goodness) must be added the spiritual elegance conferred by familiarity with good literature (i.e., the humanities, including history). He must excel in all without apparent effort and make everything look easy.